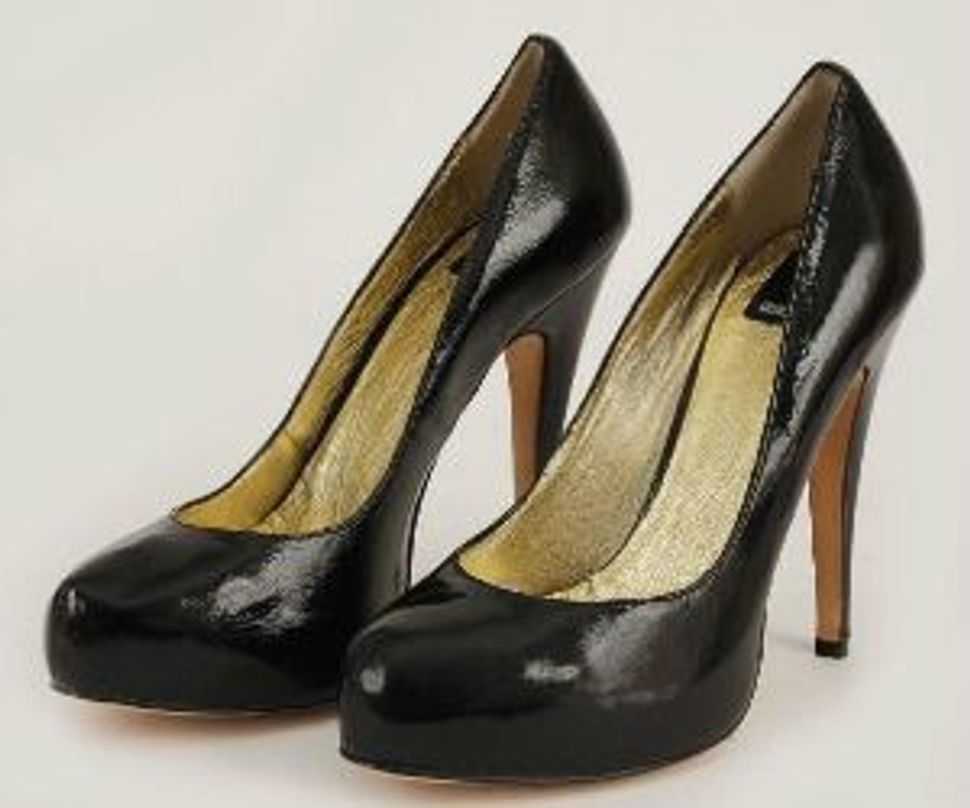 If you’ve ever been glued to an episode of “Sex and the City” and fantasized about how glamorous your life would be if you could just sneak into that dreamy shoe closet and squeeze your toes into one of Carrie Bradshaw’s towering pumps, then today is your lucky day.

Sarah Jessica Parker has announced that she will be donating three pairs of shoes worn on the show to the Gotta Have Rock And Roll celebrity shoe auction on April 24.

The Golden Globe winner gave up a pair of Prada platform sandals, Dolce Vita pumps (above), and Jonathan Kelsey sandals. All three items were owned, worn, and signed by the style icon, who recently declared that she was sticking to flats from now on.

Other celebrity-imprinted footwear will include brown leather boots owned and worn by Elvis Presley in 1969 at the International Hotel in Las Vegas, mega pink platforms worn by Britney Spears during her 2000 “Crazy” tour,” and a size 22 black and red sneaker worn and signed by Shaquil O’Neal.

Proceeds from the auction will go to LaGuardia High School of Music, Art and the Performing Arts.