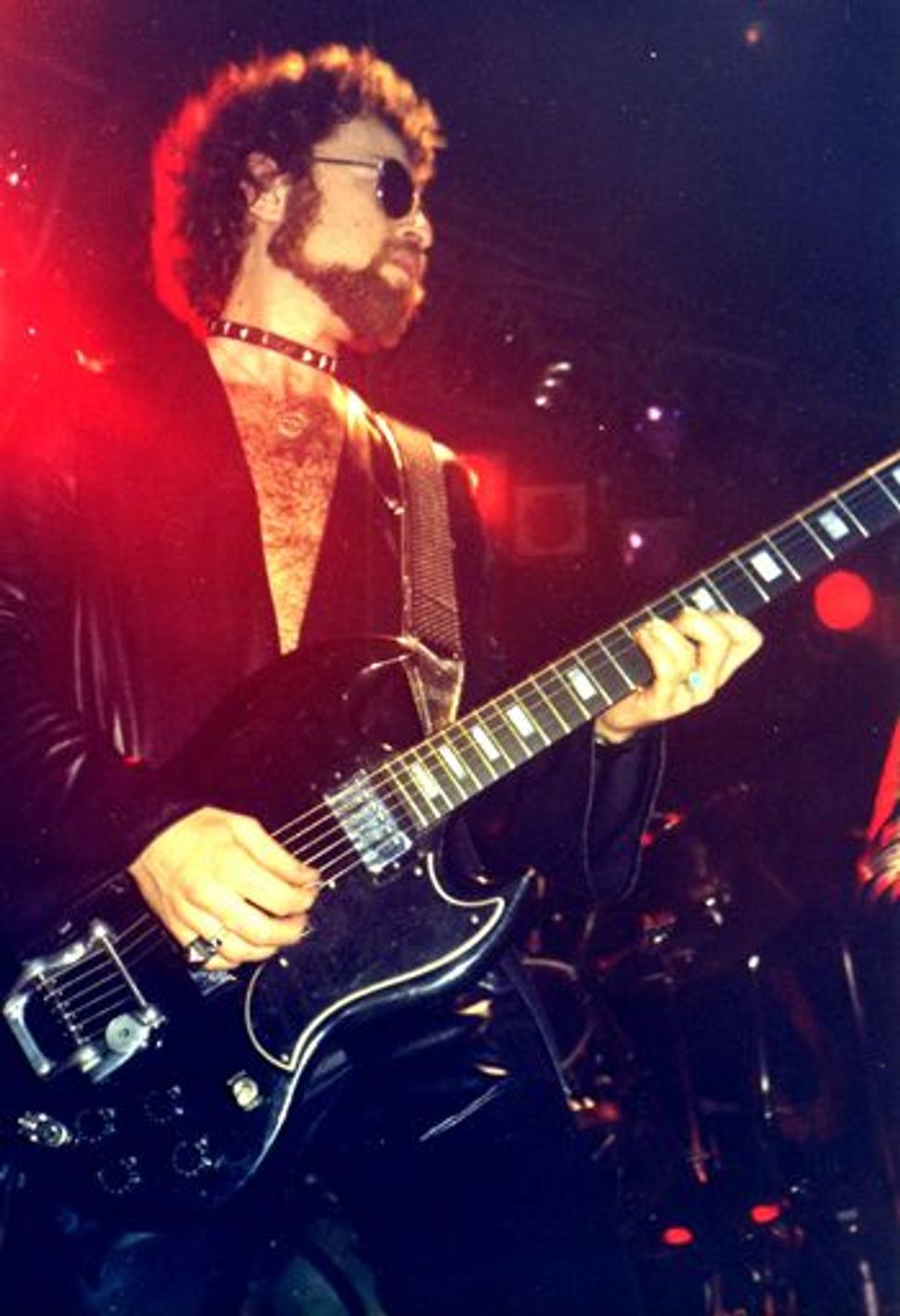 Long Island bands Soft White Underbelly and Travesty didn’t make much of an impact. But when they reformed as Blue Öyster Cult in 1971, the group grew into a global juggernaut, with earworm hits like “Don’t Fear the Reaper,” “Burning for You” and “Godzilla.” 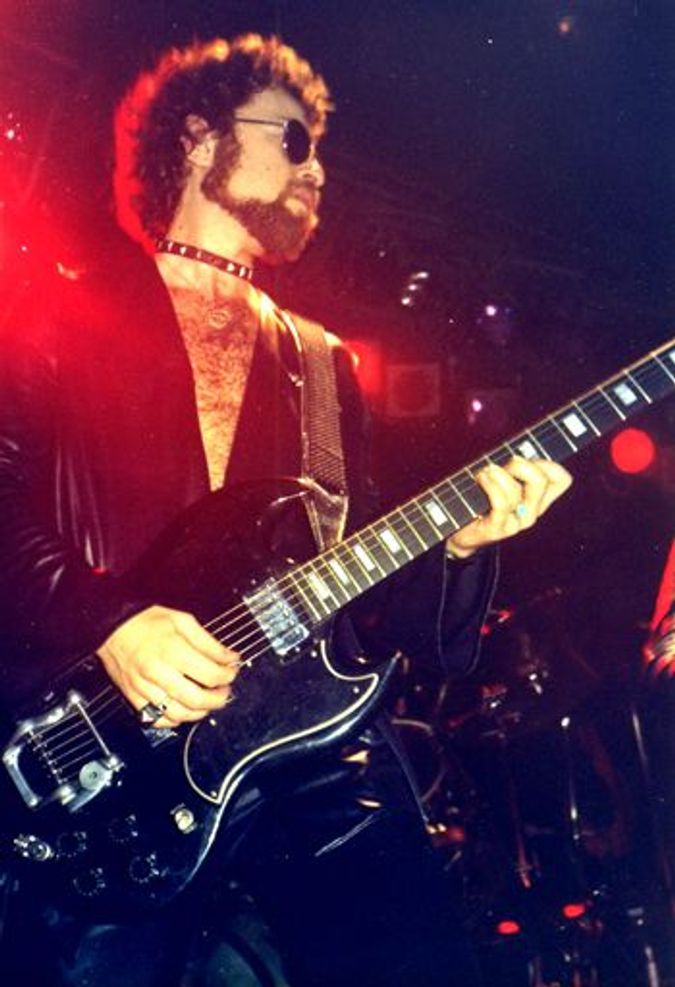 The band was also immortalized in an endlessly viral Saturday Night Live sketch in which Christopher Walken, as a leather-jacketed producer, demands “more cowbell” during the “Don’t Fear the Reaper” recording session. As if to prove BÖC’s staying power, countless websites still flog “More Cowbell” t-shirts.

Now, more than 40 years after the band’s debut album, founding frontman Eric Bloom is about to take BÖC on its first tour of Australia as part of a circuit of live gigs promoting a 16-CD “Complete Columbia Albums Collection” boxed set released in January.

Though Queens-born Bloom is the only Jewish member of “the thinking man’s rock band” (as critics have called BÖC), other Jews helped engineer the band’s success, including songwriter Richard Meltzer and producer Sandy Pearlman. As he prepared to perform Down Under, Bloom spoke to The Arty Semite by email from Florida. “It’s a cliché, but I’m a snowbird,” he joked.

Eric Bloom: Actually, yes. Sandy thought we should all have “stage names.” Only [guitarist] Donald [Roeser] decided to keep the one Sandy thought up, Buck Dharma. I won’t tell you mine ‘cause I never used it, never cared for that concept. If Art could use Garfunkel I could use Bloom.

In the 1970s, some accused BÖC of being neo-Nazis; the Messerschmidt plane on the cover of “Secret Treaties” sparked it. Considering most of you are Jewish, did people miss the point? Or was there more to it?

First, there are many misconceptions about the band’s ethnicity. I am the only Jew in the band, although Richard, Sandy and [producer] Murray Krugman are as well. I believe the ME-262 on the cover of “Secret Treaties” was a tribute to technology rather than any kind of political statement. If you Google the plane now, you’ll find that there’s been a concerted effort in recent years to get a couple flying again.

Another critic wrote, “Of course it was Jews who discovered the hard-rock potential of the umlaut.” A self-conscious choice, in-joke, or just cool-looking?

I think the umlaut had a bit of tongue-in-cheek humor about it plus it made the band’s name look cool in a way.

You’ve been making music for more than four decades, and your songs still resonate. Why have they lasted when music by some of your contemporaries hasn’t?

That’s a tough question. My perspective inside the band wouldn’t be the same as someone observing us as a listener. Other than in a few rare instances we never tried to compete as a commercial entity. I think we tried to stay true to what we liked, rather than trying to write hits. Luckily for us, enough people dug what we were doing.

Jewish parents aren’t always receptive to rock music as a career choice. Was there pushback from your parents? And did your success change how they perceived rock music as a professional path?

My father died when I was 13 so he never lived to see me play. I imagine my mother would have preferred me to have a “real job,” lawyer, doctor, but she never gave me any crap about my choices. She never came to see me play until we played Madison Square Garden and I know she was happy to brag about me at her canasta games.

April takes the band to Australia for the first time. What are you expecting from audiences there?

I am hopeful the Australian audiences like what we do. We’ve never been there but if we make some new fans and please the old ones, we’ll be happy.

Blue Öyster Cult released a massive boxed set in late 2012. Why did it take so long?

The new box set is very comprehensive, including 17 discs, all the Columbia-era albums re-mastered plus bonus tracks, rare live performances and a rarities disc with previously unreleased demos and songs. Considering we haven’t been on Columbia Records in decades and they own it all, it’s been on them to make this happen. When they decided now was the time, they did ask us to dig around for tapes and have some input.

People seem to follow BÖC obsessively. One guy has set up the Blue Öyster Cult History Project, which seems to document every gig and every move you made. Why do you think the band has taken on mythic proportions for some fans?

Very lucky for us, our fans, especially those I call the hardcore, are fantastic. I know a lot of them personally. They might have started out as junior high school kids, but now they are professional people like school principals and corporate CEOs. I think because we keep evolving as a band, still go on tour every year and have a backlog of material they want to hear keeps our fans involved.

Considering its achievements, does the band get the respect it deserves?

I guess we are the Rodney Dangerfield of bands, we don’t get much respect. We were always a bit offbeat, more of an underground favorite. The Rock and Roll Hall of Fame has ignored us. But then they just put Alice Cooper in who deserved entry many years earlier. However, I have no complaints and wouldn’t change much about the last 41 years.