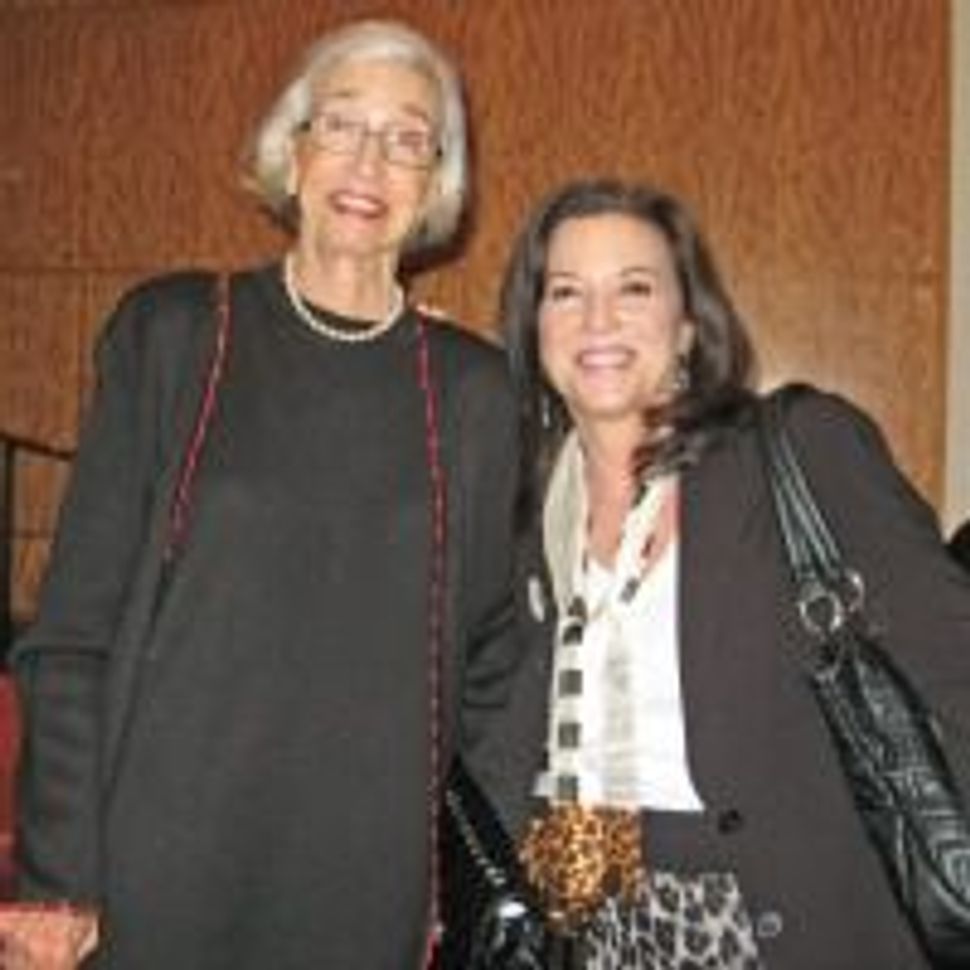 Who could have imagined that cigars and poker would be the main ingredients in the recipe of rescue of Jews on the cusp of World War II?

“Rescue in the Philippines: Refuge from the Holocaust,” tells the story of how the five Frieder brothers from Cincinnati, built a cigar empire in Manila and with the help of poker aficionados Col. Dwight Eisenhower, U.S. High Commissioner to the Philippines Paul McNutt and the first president of the Commonwealth of the Philippines, Manuel Quezon, helped 1,200 Jews find haven in that country.

The one-hour documentary held its New York premiere on April 10, hosted by the American Jewish Historical Society. Narrated by Liev Schreiber and with a promo quote from Eisenhower’s granddaughter, Susan Eisenhower as “A story for all time,” this 3 Roads Communications film puts the gutsy president Quezon on the map as a Righteous Gentile alongside Oskar Schindler.

Jonathan Karp, AJHS Executive Director, introduced Mario Lopez de Leon Jr, Consul General, Republic of the Philippines in New York, who told the guests — amongst whom were a number of Manila survivors including Berlin-born Dr. Yashar Hirshaut, President of the Israel Cancer Research Fund International Scientific Council — “The story has a special meaning for the Filipino people people…who find kinship with the Jewish people in their shared belief in the dignity of man and human rights. Speaking as a diplomat, this film also served a deeper purpose…to strengthen the vibrant friendship between the Filipino and Jewish people founded [when] the Philippines voted in favor of the UN resolution which gave rise to the State of Israel. We were among the first countries to recognize the State of Israel.”

Present at the screening were film consultant Peggy Ellis, her mother Jane Frieder Ellis and film consultant Barbara Sasser,who says in the film: “Quezon was willing to take in 30,000 or more Jews and settle them on the Island of Mindanao…He was a good Catholic…the most irreligious thing he could think of was to think badly of the people who gave them their savior.”

Quezon’s daughter, Zenaida Quezon Avancena said, “Dad had moral courage….. He believed in the sanctity of life.” His grandson Manuel Quezon III said his grandfather had been born poor, never had the problem of the colonial mindset and was “a great ballroom dancer and a hard-boiled politician,” adding: “He loved the underdog and he knew what it was like to be on the run.”

In the film,George Lowenstein, a German-Jewish refugee, recalls that when the Americans returned with General MacArthur, an American pilot flew overhead and spotted little George. “He did a 360 and dropped a Hershey bar.” After the liberation, 10-year-old George read the “Four Questions” at the first night of Passover celebrated by the GIs and refugees in Manila. The film notes that American GIs helped rebuild Manila’s Emil Synagogue, which had been destroyed by the Japanese.