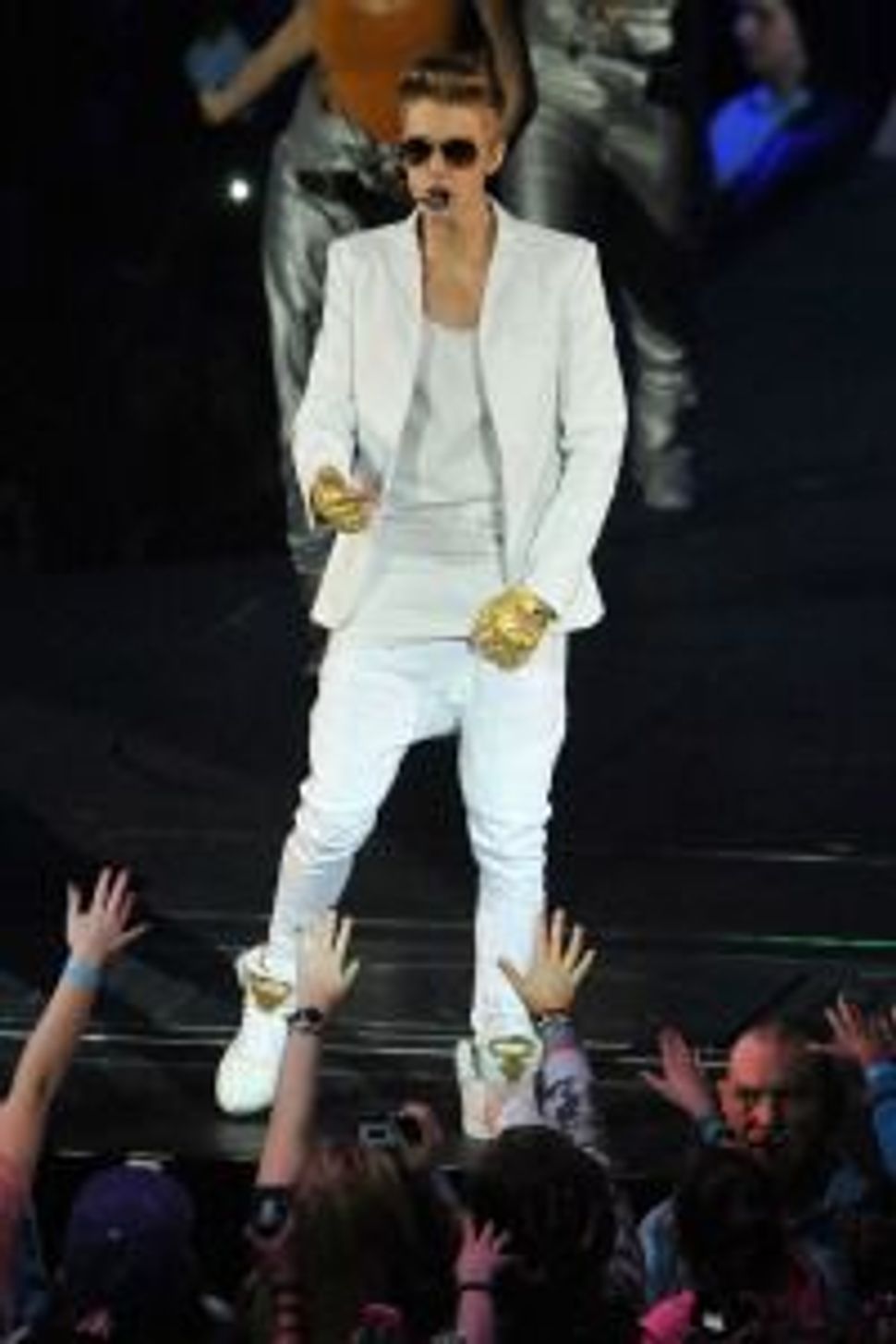 The public discussion (or really, babble at this point) regarding Justin Bieber’s controversial entry in the guestbook of the Anne Frank museum doesn’t seem to be dying down. Now, Will.i.am has come out in defense of the blonde heartthrob, saying the whole thing was blown out of proportion.

In an interview with The Sun on Saturday, the judge of the UK version of “The Voice” defended Bieber, who will be featured on the rapper’s new single #thatpower.

“I remember when I was 19, it was pretty tough. The difference between me and him is that I got to grow up in private, he is growing up in front of everybody,” he said. “The dude was in freaking Amsterdam. He could get sex because it’s legal, he could get drugs because it’s legal, and now we are making a hoopla because he said, ‘I wonder if Anne Frank was a Belieber?’ “He went to a museum! If you go to Amsterdam you are going to see some crazy freaking s–t, you are going to see some titties, there is a lot of s–t to do in Amsterdam but he chose to go to Anne Frank’s house. The guy is all right.”

Others have rushed to the Biebs’ defense, including rapper 50 cent, who, when asked at the premiere of “Pain & Gain,” said “She probably would have been [a believer].”

Mark Wahlberg, also at the premiere as one of the film’s stars, agreed, saying: “I think it’s best to put down the phone and Twitter and all that stuff, and just be a little more low-key right now. Because they’re watching every move he makes, everything he says, and less is more. Go take a vacation.”