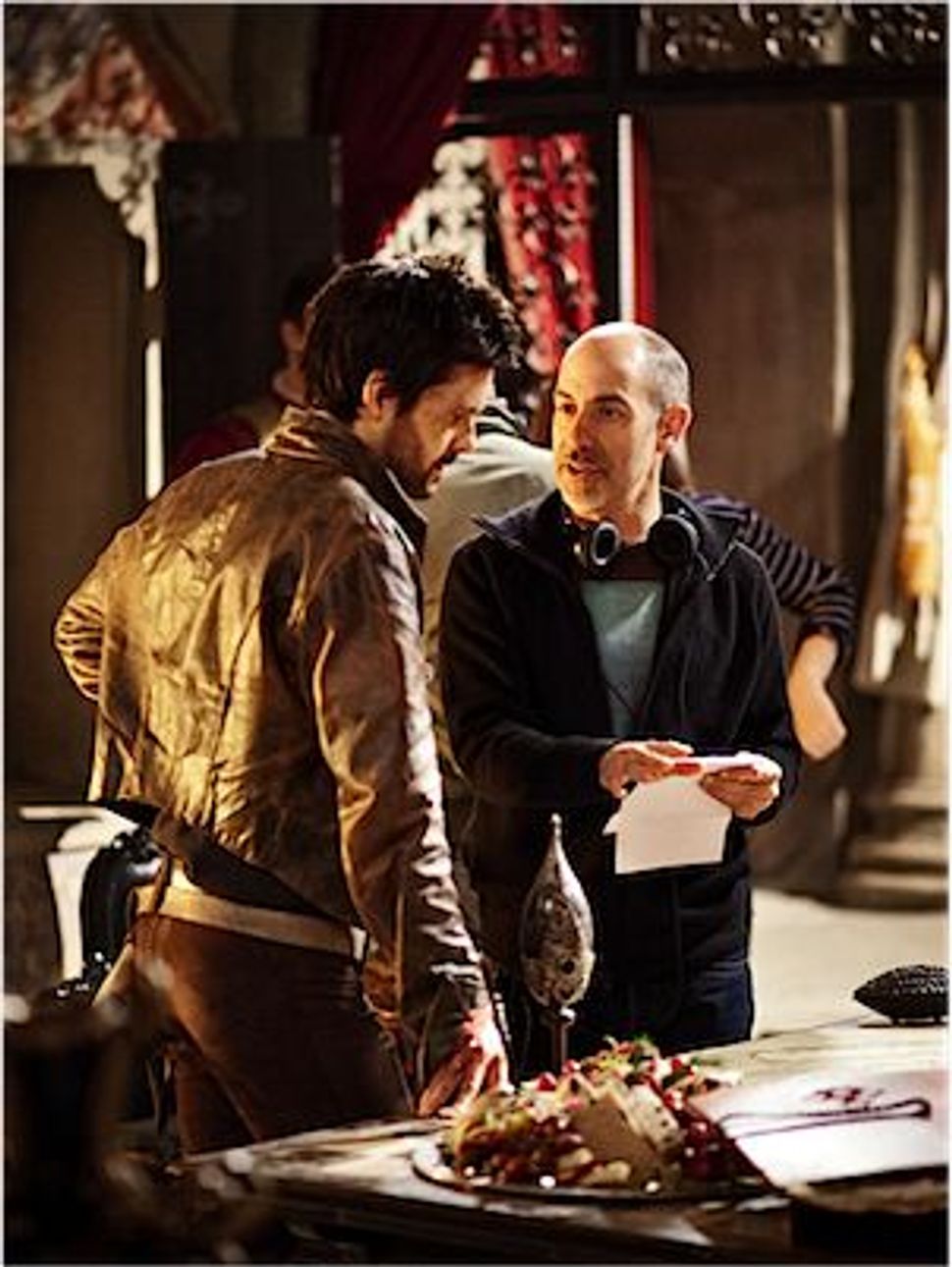 David Goyer has become a go-to guy for the superhero set. It started with the Blade movies. He wrote all three and directed the last. Then he went on to write the story and/or screenplay for the three Christopher Nolan Batman films. And now there is his script for the upcoming “Man of Steel.” 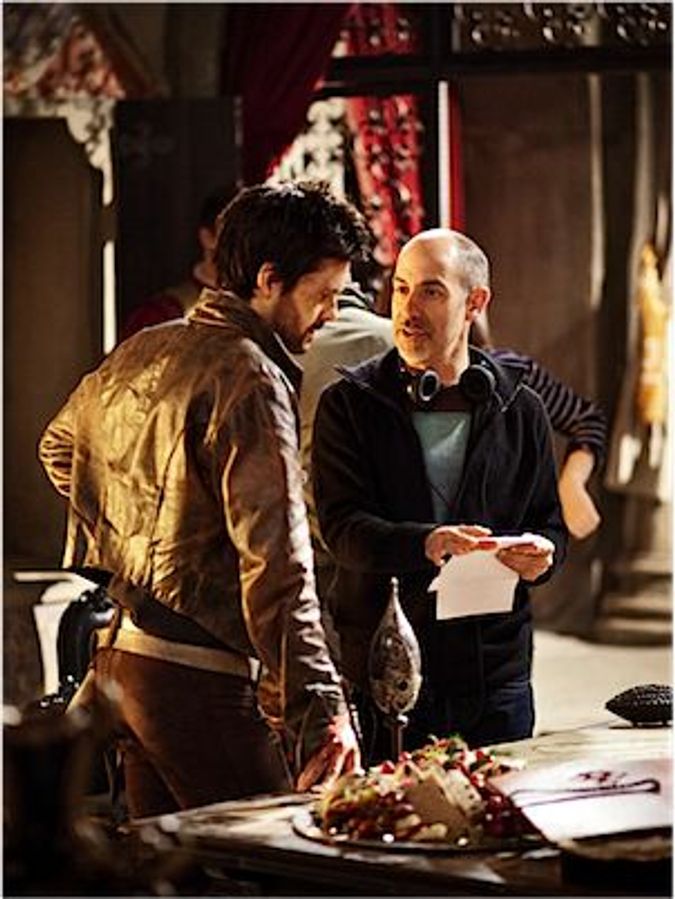 Ironically, the last is not something he wants to talk about. There is a veil of semi-secrecy around the film, which is a re-boot of the Superman story. Instead, Goyer wants to talk about his new show, “Da Vinci’s Demons,” which airs on Starz. It was renewed for a second season shortly after the interview took place and before the second episode aired.

Goyer chatted to The Arty Semite on the phone from Wales about Leonardo da Vinci as a young crime-fighting, opium-smoking, hedonistic genius searching for humanity’s forgotten knowledge.

Curt Schleier: Your idea for da Vinci struck me as totally different and inventive. How did it come about?

David Goyer: I was approached by BBC Worldwide, which [wanted to get involved in] American productions, and wanted to see if I could do something historically based. So we started bandying about various historical [figures] like Cleopatra and da Vinci. I thought da Vinci was pretty cool, so I went off and wrote up this crazy proposal thinking this would be too crazy for them. But they really liked it.

What struck me is the similarity between your da Vinci and Sherlock Holmes. Was that intentional?

It’s amazing, but coincidental. Da Vinci was a polymath and a bit of a strange person. If you read his journals — and I read all of them — he was definitely an odd duck. He was socially awkward, something common among brilliant people. So there are certain similarities to Sherlock Holmes, House and Tony Stark. Opium was also common. For polymaths, drug abuse, schizophrenia, and alcohol abuse is common, [so my da Vinci] is clearly not that much of a stretch.

There is a lot of full frontal nudity in the show, and I thought that might distract from the story. It’s almost as though nudity is now obligatory.

More than some people have taken us to task for that. I’m sensitive to that criticism, although frankly just as many people have said they want more nudity. I can tell you that when you first make a show, you do it in a vacuum. If we’re successful and continue, we can decide if we want to modulate any of our elements. People have very, very, very — that’s three verys — different ideas about what is distracting.

You mention the research you did. How realistic is your Leonardo?

Was he really a crime fighter? Probably not. On the other hand, he did have a bad relationship with his birth father [as on the show]. And he was put on trial for sodomy. He was something of a flamboyant dresser. Did he try to sell himself as a war engineer throughout his life [as he does in the show]? Absolutely. He made a lot of money selling weapons of destruction, which a lot of people don’t know, he made more money as an engineer than he did as an architect. You have to remember, I wasn’t making this for PBS.

You experienced anti-Semitism when you grew up. I’ve read you were called a Christ killer. What were the circumstances of that?

It’s not something I want to elaborate on. Although I grew up in a very liberal environment, that is something I experienced. In the first episode of the show a Jew is hanged and I guess [part of the subtext] of the show is how minorities and slaves are dealt with. I do think that given that Leonardo was a bastard, he would have had a slightly more open mind.

Looking at your oeuvre, one gets the impression that you are a dark person. Are you?

I do have an affinity for darkness, I think I was a darker person before I had a family. I’ve got young kids now and that definitely changes you.

You produce, write, and direct films and TV. You’ve written a novel and comic books. Have you decided what you what to do when you grow up?

I keep threatening to retire in six or seven years. When I was younger, though I thought I’d be a paleontologist. So maybe that.