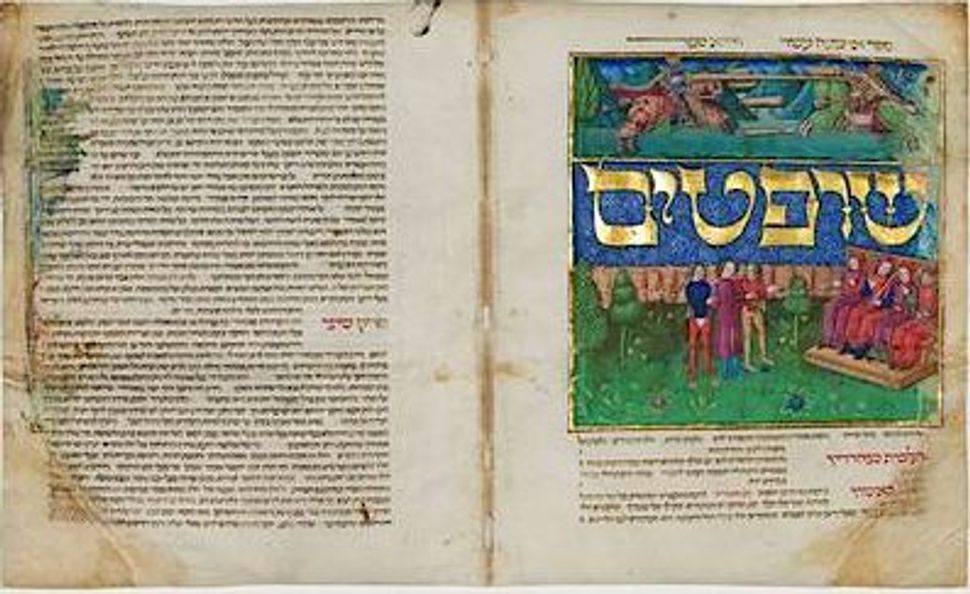 Image by Courtesy of The Israel Museum

A rare handwritten copy of the Mishneh Torah by Maimonides has been jointly acquired by the Israel Museum, Jerusalem and the Metropolitan Museum in New York. The manuscript was purchased from the collection of Judy and Michael Steinhardt, according to a statement put out by both parties. 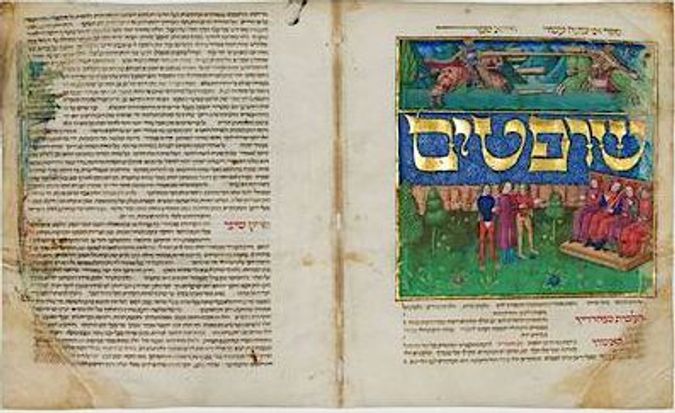 Image by Courtesy of The Israel Museum

“The Mishneh Torah is a rare treasure that unites Jewish literary heritage with some of the finest illuminations from the Italian Renaissance,” said James S. Snyder, Anne and Jerome Fisher Director of the Israel Museum. “On loan for display in our galleries in recent years, the manuscript now becomes a seminal addition to our extensive holdings in illuminated Hebrew manuscripts.”

The manuscript is a perfect example of the rich history of religious art from the Middle Ages, with “six large painted panels decorated in precious pigments and gold leaf, as well as forty-one smaller illustrations with gold lettering adorning the opening words of each chapter.”

Drawn up in Northern Italy around 1497, the Hebrew manuscript includes the final eight books of the first systematic codification of Jewish law. Originally conceived as two volumes, it has a tumultuous history.

Books I-V (volume one) were purchased by Italian collector Giovanni Francesco De’ Rossi, before making their way into the Vatican Library. Books VII-XIV (volume two), referred to as the “Frankfurt Mishneh Torah,” arrived in Germany in the 19th century, as part of the collection of Avraham Merzbacher. They were later donated to the Frankfurt Municipal Library. In 1950, a Frankfurt Jewish Family traded property around the city to reclaim the manuscript, along with seven others. They held the text until Judy and Michael Steinhardt purchased it in 2007.

The document was completely restored at the Paper Conservation Laboratory at the Israel Museum, where it has been on loan since 2007, and available for public viewing since 2010.

The Israel Museum acquisition was made possible by donations from René and Susanne Braginsky, Zurich; Renee and Lester Crown, Chicago; Lynn Schusterman, Tulsa; and Judy and Michael Steinhardt, New York, and an anonymous donor. The Metropolitan Museum has yet to release its sources of funding.

“In recent years, through stellar loans provided by a number of institutions, the Metropolitan Museum has exhibited several major illustrated Hebrew manuscripts in rotation. The Mishneh Torah, a document of great historical and literary importance, and a masterpiece of illumination, will be a major addition to the Museum’s permanent and encyclopedic collection, and will provide audiences in New York and Jerusalem with a vastly rewarding viewing experience for generations to come,” said Thomas P. Campbell, Director and CEO of The Metropolitan Museum of Art.

The manuscript will be on view in both museums on a rotating basis.