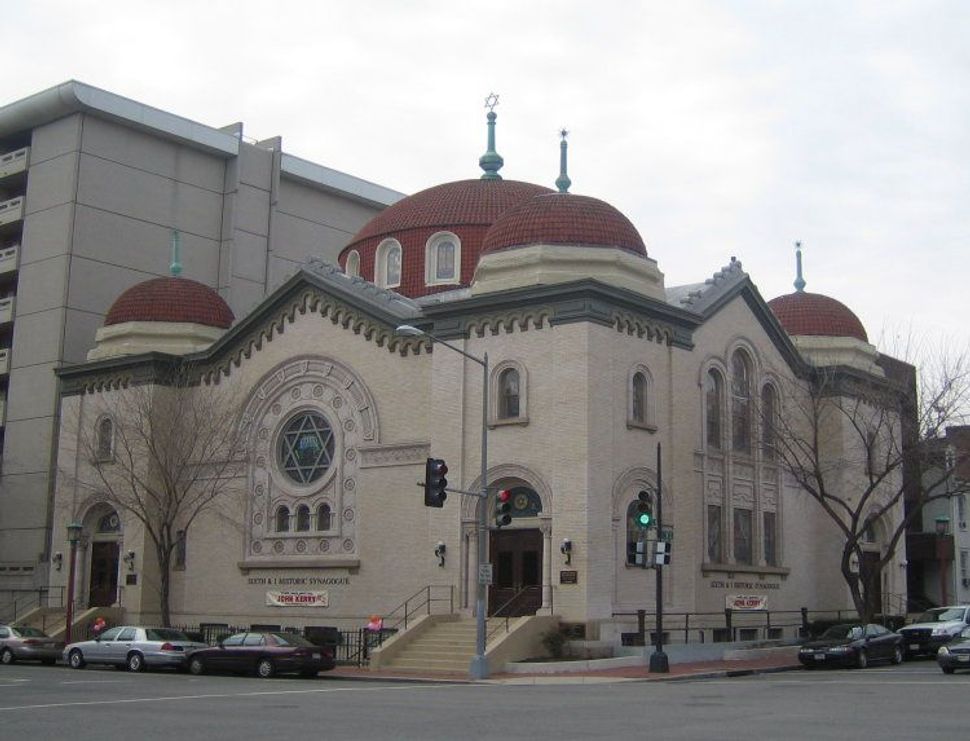 Washington D.C.’s Sixth & I Historic Synagogue is hoping to follow in the footsteps of Brooklyn’s Congregation Beth Elohim by winning a coveted Partners in Preservation grant to repair its century-old stained glass windows. 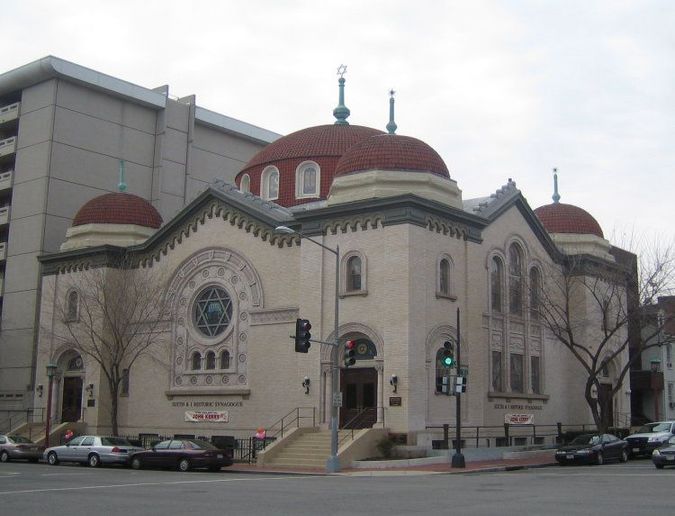 Sixth & I has been chosen to be among 24 finalists competing for a portion of $1 million. Since 2006, Partners in Preservation has disbursed $9 million in grants to historical sites in seven major U.S. cities. This is the first time that the Washington, D.C. metro area is the focus of the effort.

Through online voting, the public has a say in how the funds will be allocated. The synagogue, which is asking for $100,000 and is the only Jewish institution being considered, is currently in 3rd place behind the National Cathedral and Mount Vernon. Sixth & I is up against other major historical sites, such as the Marine Corps War Memorial, the Congressional Cemetery, and Clara Barton’s Missing Soldier Office. The voting continues until May 10.

In the meantime, the public can get a behind-the-scenes tour of the synagogue on Sunday, May 5, as part of a weekend-long community celebration of the competing landmarks. Visitors will get a first-hand look at the sanctuary’s nearly one-dozen historic stained glass windows, many of which have not been touched since their installation 105 years ago, and are therefore in need of repair, cleaning, re-building, restoration and re-leading.