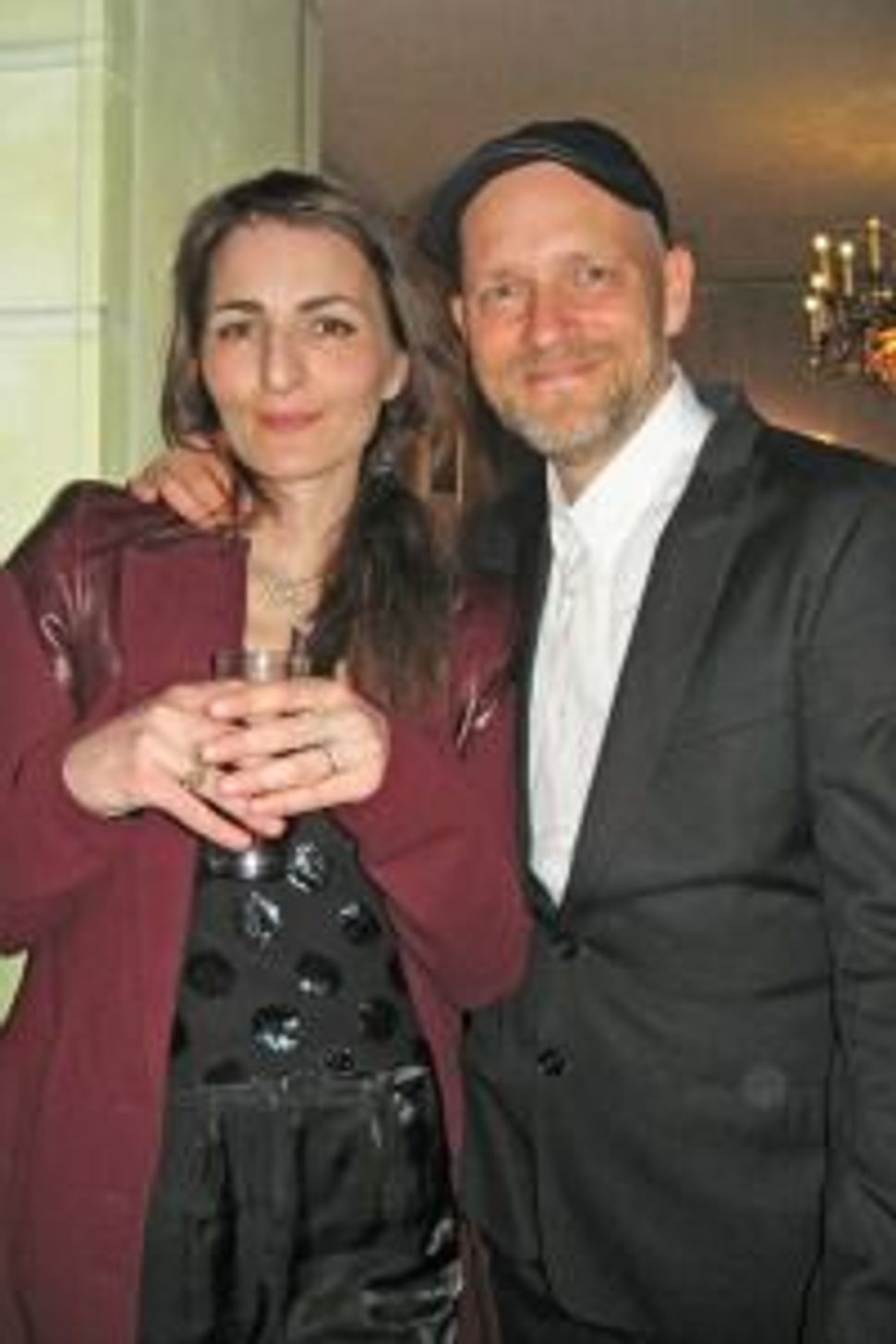 Though the directive was “cocktail attire,” it was follow your own fashion muse at the April 25 American Friends of Tel Aviv Museum of Art Spring Gala at The Pierre.

From the black baseball cap and white shirt worn by honoree Danish artist Tal R to the chiffon, silk and sparkly creations by some of the international guests, there was something for everyone. The dinner music was bluesy; the appetizer was lox. And as 300 guests dined, leggy dancers — two men and one woman — leapt like gazelles across the ballroom floor.

“I was born in 1967 during the Six Day War,” said Artist of the Year Tal R (born Rosenzweig in Tel Aviv). “My father was in the army and hitchhiked to the hospital where a nurse told him ‘you are going to have a son, because whenever Israel is at war, lots of boys are being born. So I was born a war child obsessed by the idea of being a soldier and always drawing guns. I could draw all the weapons of history of arms.” His decision to become an artist was due to a friend, who “on the beach in Herzliya hit me on the head with a surfboard and told me, ’You are not going into the army!’”

During our chat, Tal introduced me to his Turkish wife Everen Tekinoktay, a contemporary Danish-born artist. “My father was a survivor from Czechoslovakia, my mother converted to Judaism when she met my father in Geneva in 1963. She kept all the Jewish customs — she chose to become Jewish.” Tal, who works in a variety of media—collage, sculpture, installations—describes his work with the Yiddish word kolbojnik — meaning “leftovers” — a term used several times during the evening by some of the speakers including Anders Kold, Curator and Head of Acquisitions, Louisiana Museum of Modern Art near Copenhagen, Denmark.

Suzanne Landau, Tel Aviv Museum director and its chief curator said, “Tel Aviv Museum is listed among the top 100 museums in the world. Patron of the Arts Martin Sanders’s private collection of more than 150 works — by the likes of Henri Matisse, Pablo Picasso, Edward Hopper, to name a few — has been shown in Russia, Finland, Denmark and Israel. “Modern Orthodox and a strong supporter of Israel,” the program journal also notes that he and his wife Susan are members of both the Kehilath Jeshuran Synagogue and Fifth Avenue Congregation of which he was one of the founding members “some fifty years ago.”

“I spoke yesterday at the [UN] Security Council,” said Ron Prosor, Israel’s Permanent Representative to the United Nations, “and it’s much nicer to speak to this assembly.” He lauded AFTAM chairman David Genser who, in turn thanked the guests and benefactors who flew in from Israel—in particular Herta and Paul Amir from Los Angeles. He proclaimed the Amirs “the backbone and major benefactors of the museum.”