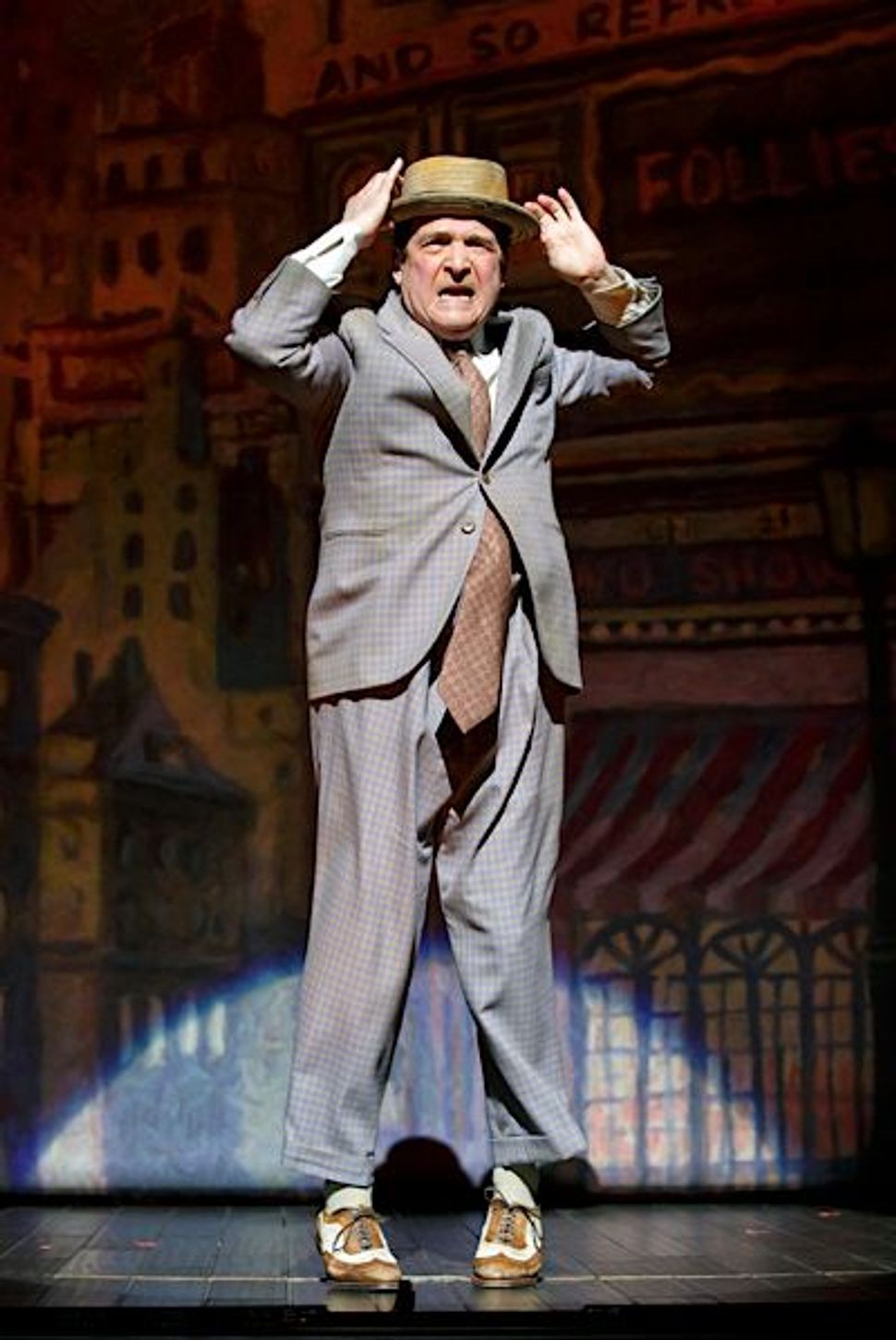 The dictionary definition of a “nance” is an effeminate man. It was also the name given to the campy homosexual character popular in 1930s burlesque, usually played by a straight man. 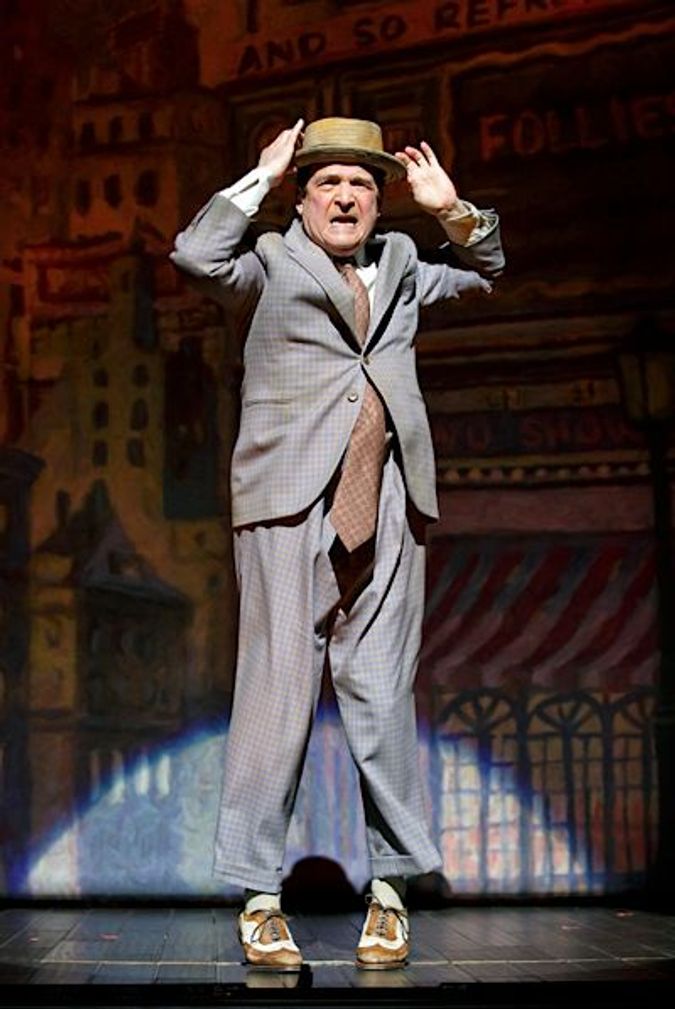 In Douglas Carter Beane’s outstanding new play, “The Nance,” Chauncey Miles — brilliantly portrayed by Nathan Lane — is a much beloved burlesque headliner, though burdened by the fact that he is gay. Meanwhile, Mayor LaGuardia is shutting down the New York’s burlesque houses, partly in reaction to the nances.

The burlesque’s manager and lead performer is a man named Efram, played by theater veteran Lewis J. Stadlen. Stadlen spoke to The Arty Semite about why he doesn’t like television, working with the highly sensitive Lane, and how understanding Jewish rhythms helped him land roles.

Curt Schleier: Why is your character Jewish?

Lewis J. Stadlen: I have no idea. That’s the role. He says oy vey iz mir and he’s Jewish. The Minsky brothers were Jewish, and so, I would imagine, were a lot of people involved in burlesque theater in New York and around the country.

Did this role resonate with you in a special way?

It resonated me because I was a kid when burlesque first came back to the city. I remember going to Ann Corio’s “This Was Burlesque” on one of the first dates I ever had. There was a movie, “The Night They Raided Minsky’s.” I loved the idea that there were strippers and baggy pants comics. There was a burlesque theater in Ohio and I went there with my friend Fyvush Finkel when we were on tour.

I meant in terms of the prejudices Nathan’s character faced.

Let me explain something to you. An actor is an interpretive artist. He gets a script and tries to figure out what part of the puzzle in the play he represents. In this situation, my arc is somebody who is homophobic and, as the play progresses, comes to realize that he doesn’t agree with everything Nathan’s character does, that he has a great deal of respect for his talent and his integrity.

Have you ever experienced prejudice?

I experienced a little. But I grew up in a Jewish neighborhood and so my initial impression was that all society was like that. But I learned quickly when I toured [nationally] with “Fiddler on the Roof.” It was in 1967 and things were different than they are today. We all had beards and people said occasional disrespectful things to us. I’m very aware historically of prejudice directed at Jews. I understand how people view Jews, but what I do in the play I do as an actor not a Jew.

You are a New York actor. Talk about difficult.

I’ve done other things — 15 movies and I did a TV series [Benson]. But I never enjoyed that much, I’m good at the stage… I’m not proud of any of my television credits. When you do a movie and certainly when you do a play, it may not turn out to be successful, but you’re serving only the story. In TV, the story is secondary to selling corn flakes and beer. I only do television to pay the rent. I don’t watch much television and I don’t take pride in the television work I’ve done.

How is working with Nathan Lane, notorious for chewing up the scenery?

We’ve worked together seven times. He’s unbelievably quick. He started off as part of a comedy team, him and another man. He has an incredibly agile man and ad libs all the time. Me, I try to stick to the script. In rehearsal sometimes I will ad lib something that will stick in the play. But I should say that Nathan is an incredibly generous as a performer.

Do you have any good Nathan Lane stories?

He’s very sensitive, especially when he sees the audience not responding to a play. We were doing “Funny Thing” and he sees a man sleeping in the first row. So he went off stage, got a cup of coffee and gave it to the usher to give to him.

Tell me a little about your background.

My first six years I lived in Brooklyn, but I’m a Queens boy, I grew up in Forest Hills. On my mother’s side of the family we attended a conservative synagogue. My father’s side wasn’t religious at all. I am not religious at all, though I have a keen sense of my culture. Interestingly enough, when my son got married he had a religious ceremony that exceeded anything I had in my life. But I am a student of history and politics and I take everything that affects the Jewish people very, very seriously.

Do you bring anything from your Jewish background to your work?

Certainly I have a Jewish point of view. Also, I’ve done quite successfully any number of Neil Simon plays because I have an understanding of the argot of Simon’s characters.