‘A Chorus Line’ for Marvin Hamlisch at Memorial 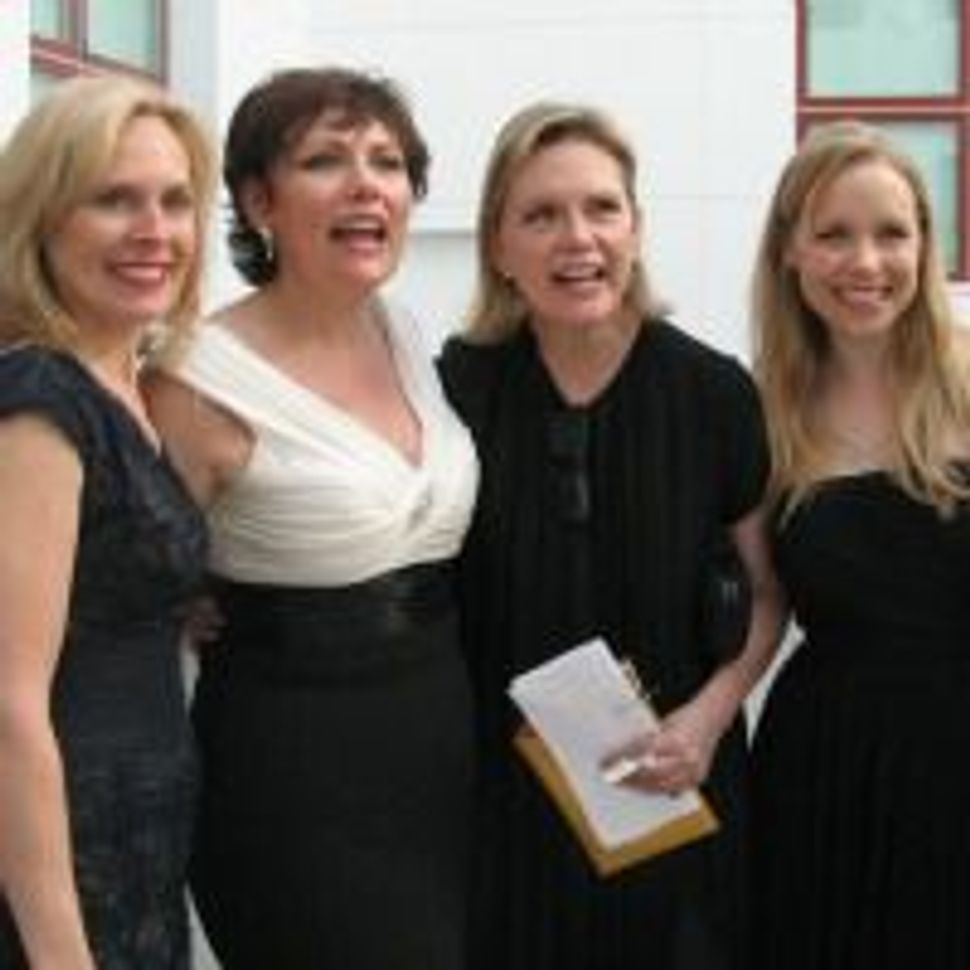 “He’d be so happy. He so loved his college! ” a passionate, upbeat Terre Blair Hamlisch said as she recalled her late husband to the full house at the Hamlisch Memorial Concert at Queens College’s Kupferberg Center for the Arts on May 5. Originally scheduled for November 12, 2012, the event was postponed because of Hurricane Sandy.

“So proud was he of having graduated from the institution,” the ’68 graduate set up the Marvin Hamlisch Scholarship Endowment, which provides annual scholarships for talented student composers.

The Queens College Orchestra, led by guest conductor J. Ernest Green, opened with a rousing rendition of “One” from Hamlisch’s 1974 mega-hit “A Chorus Line” (lyrics by Edward Kleban). J. Mark McVey — who made his Broadway debut as Jean Valjean in “Les Miserables” — introduced himself as “Marvin’s tenor of choice for twenty-four years. There was no genre he could not write in.” Accompanied by the orchestra, McVey sang “They’re Playing Our Song” (1978 Neil Simon musical of the same name with lyrics by Carol Bayer Sager).

A leggy and still full of pep Donna McKechnie, who created the role of Cassie in “A Chorus Line,” was followed by Marissa McGowan who wowed the crowd with her rendition of “At The Ballet” also from “A Chorus Line.” Broadway veteran and TV personality Christy Tarr performed “Finally I Found Someone” from the 1996 film “The Mirror Has Two Faces” starring Barbra Streisand and Lauren Bacall. Valerie Lemon performed “Disneyland” from “Smile” (1986).

In the audience — Queens College president James Muyskens and college patrons Max Kupferberg and Saul Kupferberg. From the stage, a special “thank you” from Prof. Edward Smaldone, Director of Queens College’s Aaron Copland School of Music, to seated former chairman of Queens College Music Department, Prof. Joel Mandelbaum who, he disclosed, “tipped a secret ballot for a departmental prize for student Marvin Hamlisch.” Smaldone, who also sang and performed on bass guitar, recalled, “While he was still a student, 24-year old Marvin wrote the music for the [1968] movie “The Swimmer” (starring Burt Lancaster) turning in the orchestration as a final project for one of his Queens College classes. Somehow he managed to complete his degree at the same time he was meeting Hollywood deadlines.”

The program included an orchestral rendition of “Nobody Does it Better” from the 1977 film “The Spy Who Loved me,” and the award-winning song “The Way We Were,” (lyrics by” Alan” and “Marilyn Bergman”) from the 1973 film of the same name. But what got me teary eyed was the orchestra’s beautifully nuanced excerpt from Hamlisch’s 1982 Oscar nominated score for “Sophie’s Choice.”

This evocative concert concluded with the orchestra and all performers on stage, as the audience joined in singing “A Chorus Line’s” poignant song “What I Did for Love” which begins with: “Kiss today goodbye — the sweetness and the sorrow…”

This had also been the closing song at Marvin Hamlisch’s funeral on August 14, 2012 — attended by 2,000 people — at Temple Emanu-El, and performed by a 600-strong chorus led by conductor Judith Clurman, also in the Queens College audience.

‘A Chorus Line’ for Marvin Hamlisch at Memorial