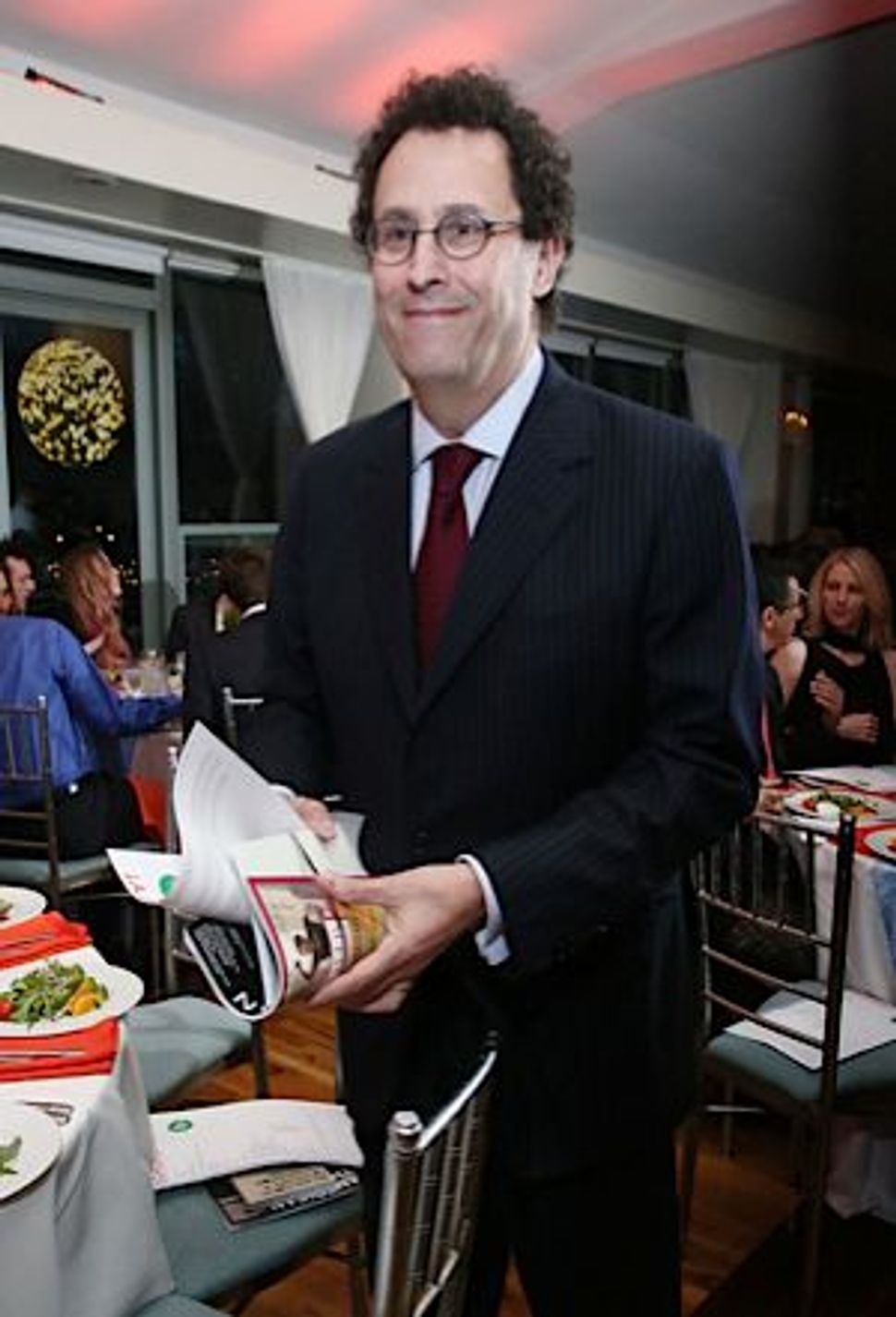 Live in New York long enough, and you become accustomed to seeing our most decorated novelists, journalists, poets and playwrights sit on various stages to discuss their work. Uptown places like 92Y and Symphony Space in Manhattan get the lion’s share, while a smattering of smaller venues like Housing Works in SoHo regularly host bestselling authors.

On May 9 in Brooklyn, inside a small gymnasium called Camp Friendship on 8th Ave. in Park Slope, the “Progressive Jewish Community” Kolot Chayeinu, led by one of the Forward’s most inspiring rabbis, Ellen Lippmann, got in on the action by hosting America’s most decorated living playwright, Tony Kushner.

Billed as an evening of “Art, Politics, and Being a Jew,” Kushner answered questions posed by Lippman that ranged from what his process for writing is (“I hate writing. I try to avoid it as much as possible”), to his work with Steven Spielberg as the screenwriter for “Lincoln.” They also discussed Kushner’s politics, which have caused controversy in the past, most notably when the City University of New York voted to block Kushner from receiving an honorary degree, due to Kushner’s positions on Zionism and Israel (the decision was eventually reversed). But in the middle of Park Slope, Kushner was among friends.

The evening was a lighthearted affair and felt far removed from the bright lights and big stages of Manhattan. Here was one of the most respected writers of the last 30 years (a “two time Golden Globe loser,” as he pointed out) on a makeshift stage surrounded by yellow and blue painted walls, answering questions, cracking jokes, and genuinely seeming to enjoy himself.

When Kushner mentioned that 25% of Americans believe there will be an armed uprising of its citizens, one person in the crowd cheered; Kushner shot the audience member a glance, and with perfect comic timing pointed out, “They’re not mishpacha.” Kushner was totally at ease mentioning “right-wing bad people” and talking about the fact he’s an agnostic who said Kaddish for friend and collaborator Maurice Sendak on the first anniversary of his death.

Kushner also talked about his love for President Obama, telling the crowd how he told the President that his handling of gay marriage was “Lincolnian” when “Lincoln” was shown at the White House. To which Obama replied, “Yeah, that was pretty sharp, wasn’t it?”

The story of “Literary Brooklyn” has been told time and again over the last few years. What hasn’t been given proper notice is that many of the organizations leading the charge are shuls as well as independent Jewish promoters. Kushner making the trip over the bridge to talk for over an hour and then stand for another hour talking with congregants is a testament to that.