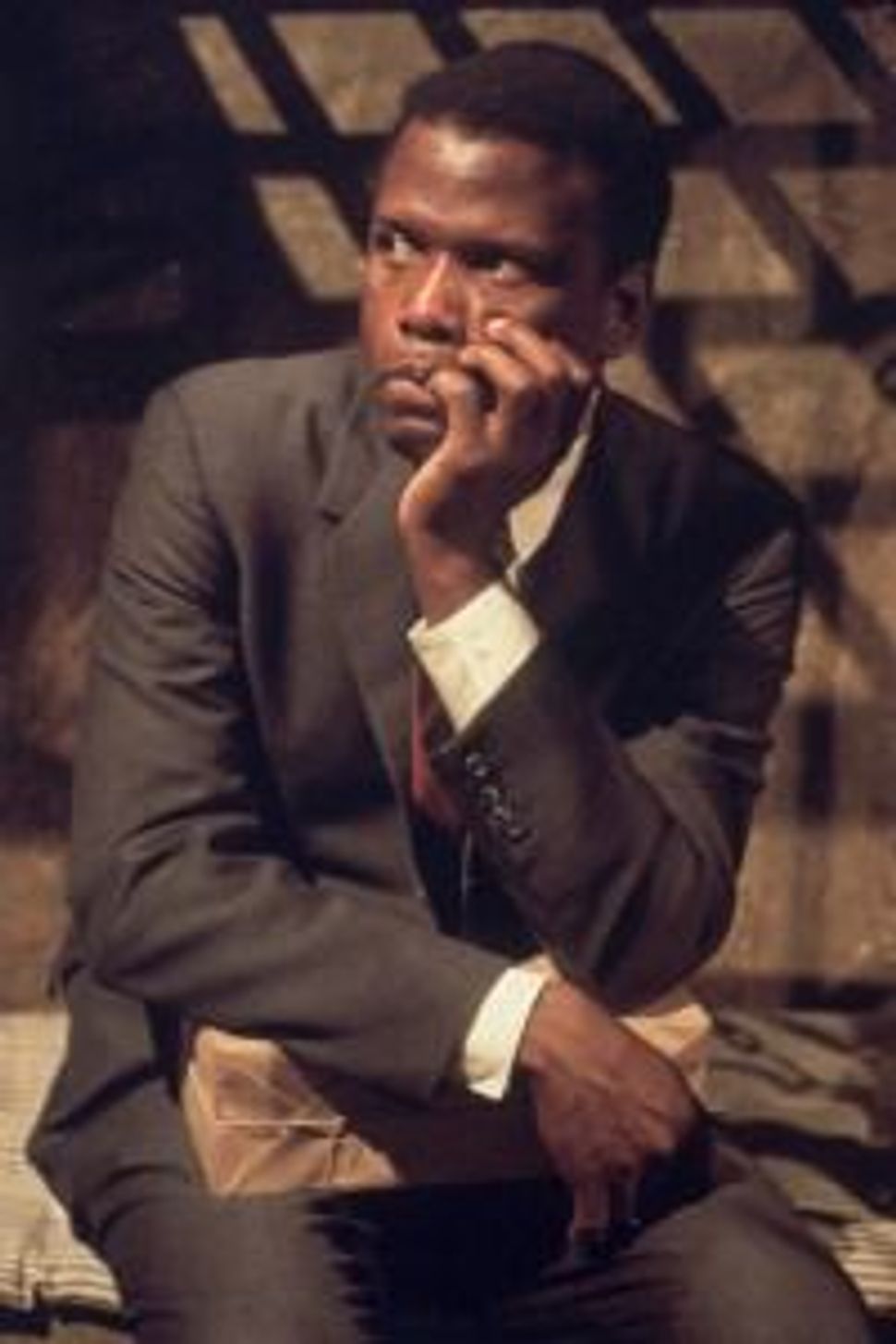 When you think Sidney Poitier, many things come to mind: “In the Heat of the Night,” first black actor to win an Oscar, legend…

“Jewish” isn’t one of those things. And yet surprisingly, the main character in his debut novel, “Montaro Caine,” is Jewish, as are many of the characters.

What’s more, in an interview with CBS’s Leslie Stahl on Sunday, Sidney Poitier revealed an unlikely connection to the Tribe: the man who taught him to read.

Poitier described how sent from his home in the Bahamas to live with his older brother in Miami at the age of 15, he made his way to New York City, where he started dabbling in acting. Managing on only two years of school, the legendary actor struggled to read the scripts.

Until one day, working as a dishwasher to make ends meet, he met his Jewish mentor. That chance encounter, Poitier told Stahl, changed his life.

“There was one of the waiters, a Jewish guy, elderly man, and he looked over at me and was looking at me for quite awhile. I had a newspaper, it was called Journal American. And he walked over to me, and he said, ‘What’s new in the paper?’ And I looked up at this man. I said to him, ‘I can’t tell you what’s in the paper, because I can’t read very well.’ He said, ‘Let me ask you something, would you like me to read with you?’ I said to him, ‘Yes, if you like.’

“Now let me tell you something: That man, every night, the place is closed, everyone’s gone, and he sat there with me week after week after week. And he told me about punctuations. He told me where dots were and what the dots mean here between these two words, all of that stuff.”

He took you through high school,” Stahl replied.

“Yes, he did,” said Poitier. “And it wasn’t for long. I learned a lot. And then things began to happen.”