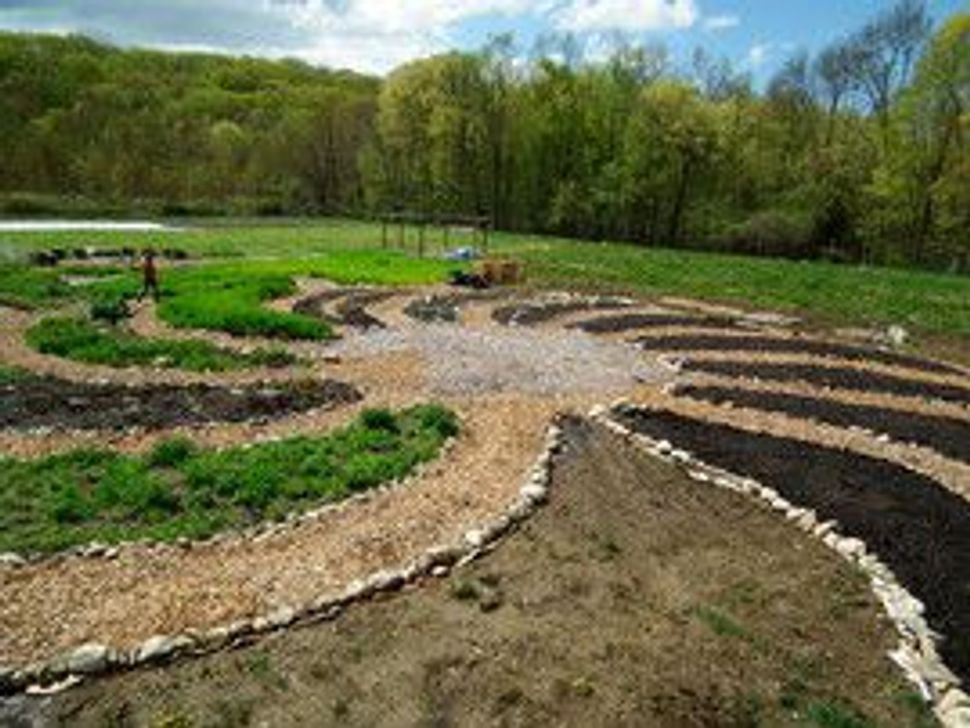 There was giant Hebrew letter Shin representing the Shekhina — the Godly presence — constructed out of large branches to be launched on a lake and set on fire, a 12-tone music system assigned to the Hebrew alphabet and the 72 names of God, and organic art installations hanging from trees in the forest.

These were just a few of the experimental pieces of land art being created by artists-in-residence at “The Jewish Waltz with Planet Earth Retreat,” a Jewish artists’ residency at the bucolic Eden Village Camp, in Putnam Valley, NY, during the month of May. 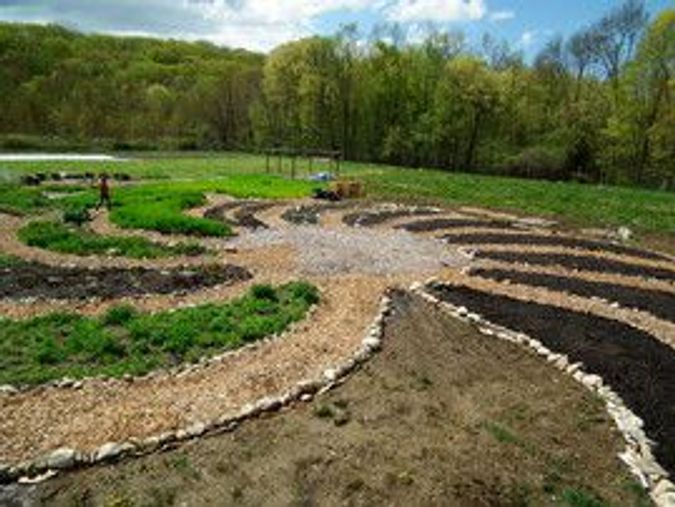 The retreat is the first artist colony run by Art Kibbutz NY, an organization set up to nurture Jewish artists and art collaboration, and to create a stronger community of Jewish artists.

“We’ve brought together a diverse group of Jewish artists, of all different disciplines, ages — from 20 to 70 — religious denominations, and from eight countries, and they’ve all engaged and formed a community. I didn’t even have to do much facilitating — art is such a common language, and through this they’ve built their own community,” said Patricia Eszter Margit, Art Kibbutz NY founder.

At an “Open Studio Day” on May 12 artists ran workshops, concerts and performances and presented their art to visitors.

Print-maker Nikki Green, collaborating on the “Shin” installation with fellow artist Asherah Cinnamon, was displaying her ornate prints of Hebrew letters enrobed in motifs from nature at her studio. “In my art, I look at the juxtaposition of the letter and the land,” said Green, who came all the way from Western Australia to participate in Art Kibbutz. Green’s work is inspired by, and created from, the landscape around her, using dyes from native flora for her Hebrew letters series. “I’m seeing flowers that grow here that I’ve never seen before. It’s very exciting!” she said.

Other artists were busy exploring the interplay between the visual and the auditory. Israeli musician and composer Kobi Arad, working on the 12-tone music system, was collaborating on a sound improvisation with visual artists. “In the Jewish world, art and music have been sidelined for a long time. I’ve been searching for something that would give a full focus to the arts,” he said. “With Art Kibbutz, there is that focus, there is a real appreciation for the arts.”

Ceramic artist Emmett Leader from Northampton had created a beautiful gateway to the farm at Eden Village, which was being dedicated at the Open Studio Day. This was part of the public-art/service focus of the residency — doing art in communities, outside and away from museums.

Margit was emphatic about the choice of theme for Art Kibbutz’s first residency: “We didn’t want yet another boring ‘Who’s a Jew, Who’s an Artist, Who’s a Jewish artist’ theme. We wanted to go beyond the usual conversations and do something cutting edge. Land art hasn’t been explored much in a Jewish context before, even though many environmental and land artists are Jewish, so we decided to work with this theme.”

The activist element will continue beyond the residency, with ecological artist Jackie Brookner taking the lead on a yet-to-be-decided large-scale art collaboration in conjunction with the Jewish environmental movement. Margit is also hoping to find a permanent base for Art Kibbutz in the New York area.