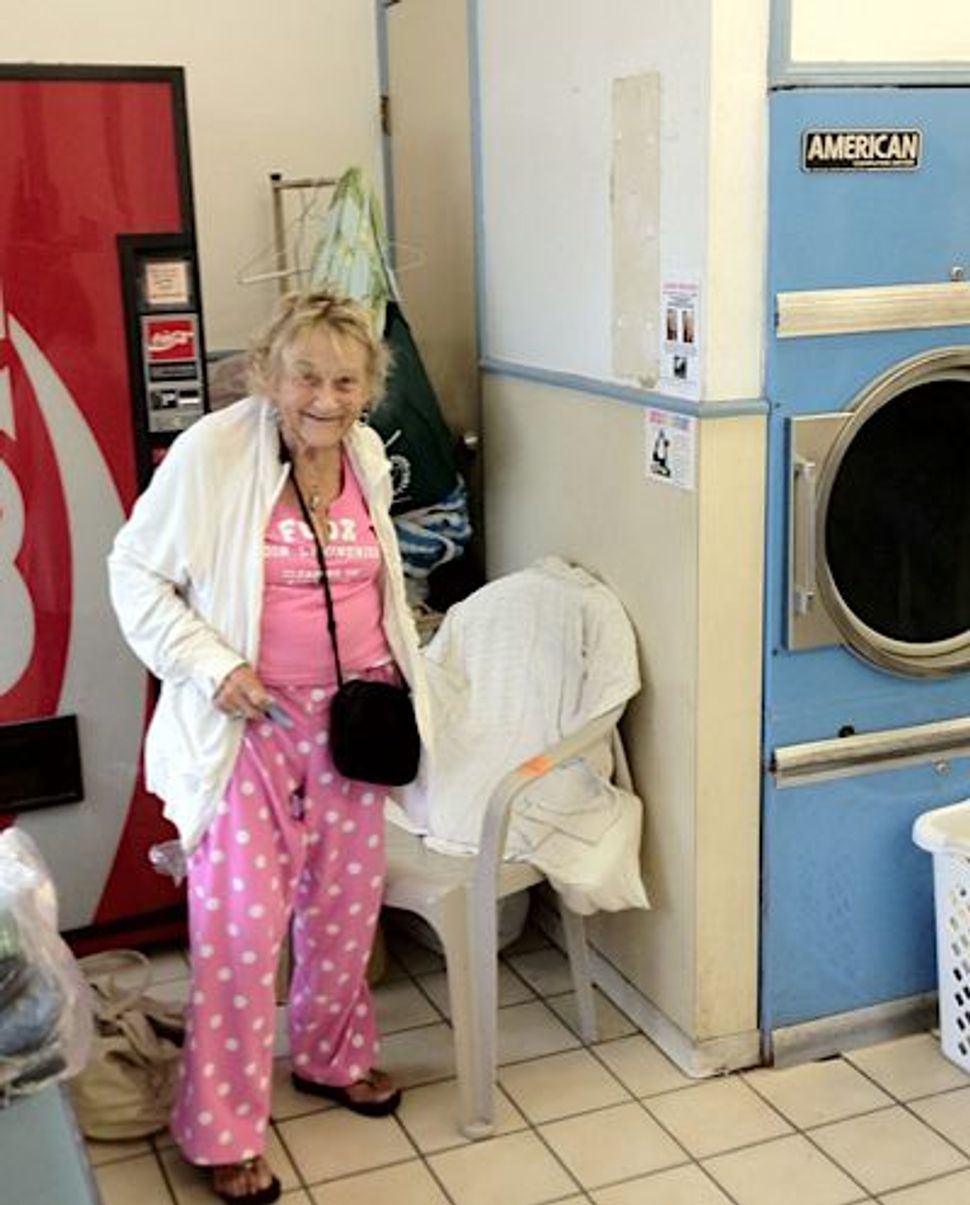 Not everyone has Zack Galifianakis renting an apartment for them, or Renee Zellweger paying to furnish it. But then again, not everyone is Mimi.

Mimi is an 88-year-old woman who, until very recently, lived in a laundromat on Montana Avenue in Santa Monica, Calif. She is the subject of a film being made by Israeli actor and director Yaniv Rokah. Now entering post-production thanks to a successful Kickstarter campaign, “Queen Mimi” tells the story of how this feisty octogenarian, who was once a San Fernando Valley housewife, ended up living on the streets of Los Angeles for almost a decade before taking up permanent residence at Fox Laundry 18 years ago.

“When I first came to L.A. seven years ago, I would be heading every morning to work at Caffe Luxxe on Santa Monica Avenue. It was 5 a.m. and the street would be dark and empty, but I would always notice Mimi waking up in the laundromat,” Rokah recalled in a phone conversation with The Arty Semite.

“I started talking to her, and we became friends. She is such an interesting person, and I decided I’d better capture this before she’s no longer with us.”

Preferring that audiences wait to learn about Mimi’s life story from his film once it begins screening, Rokah was reluctant to share many details about how exactly an elderly woman became homeless and managed to survive — and seemingly thrive — for so many years. He did share that she chose to roam West L.A. because she figured it was a relatively safe area, and how one night, the Jewish owner of Fox Laundry, not wanting her to be out in a heavy rainstorm, allowed her to stay.

One night turned into 18 years, with Mimi not only living at the laundromat, but also working there seven days a week. Her main responsibilities are cleaning the machines, fluffing laundry, and shmoozing with customers. “She’s become the mascot of Fox Laundry,” Rokah said.

The film is Rokah’s first major foray into directing after building an acting career since arriving in the United States from Israel 14 years ago. Rokah, 33, attended the Lee Strasberg Theater Institute in New York before moving to Los Angeles. He has worked in television and commercials, and has a supporting role in Marc Forster’s upcoming summer blockbuster “World War Z,” starring Brad Pitt.

“She’s mentally stable, healthy and very sharp,” Rokah said of his Mimi, who is beloved by many locals, celebrities and otherwise. “I wanted to make this film as a tribute to her and her life. She’s truthful to who she is, and that is what makes her special.”

“Ironically, Mimi never had a voice until she became homeless,” he noted. Now that this bubbly laundromat lady has found her own voice and is using it to brighten other people’s days, he wants to record it for posterity before her cycle ends.