Irish and Jewish Humor on Display at Robert Briscoe Awards 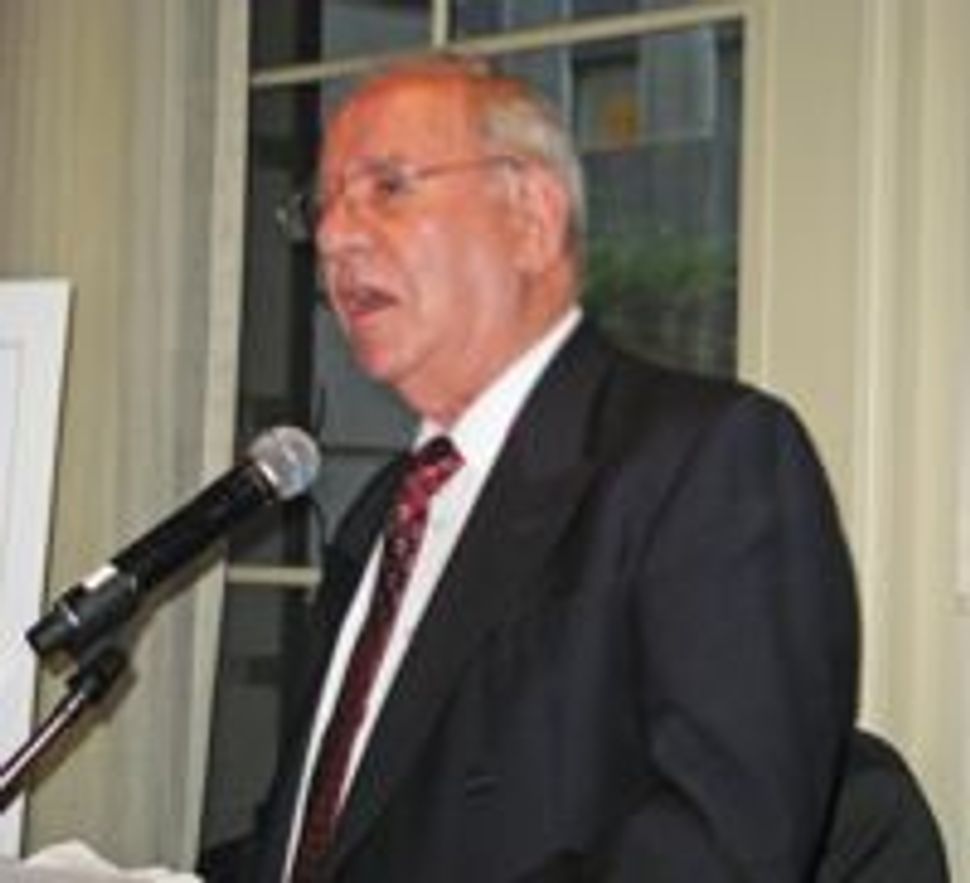 At the May 13 Emerald Isle Immigration Center’s 2013 Annual Robert Briscoe Award Ceremony at Manhattan’s 21 Club honoring Robert Astrowsky, assistant secretary of the United Federation of Teachers and Edward Grebow, president and CEO of Amalgamated Bank, EIIC chair Brian O’Dwyer told the assemblage: “At a bad time in Belfast, in a dark alley, a man was confronted by a thug: ‘Are ye a Catholic or a Protestant?’ The man replied ‘I am a Jew.’ The thug persisted, ‘Are you a Catholic Jew or a Protestant Jew?’” After the laughter subsided, O’Dwyer introduced the “dueling clergy” — Monsignor James Kelly, pastor of St. Brigid in Brooklyn and Rabbi Jay Rosenbaum, of Temple Israel in Lawrence, N.Y. Both spoke passionately about the interfaith effort to help the devastated Jewish and Irish communities in the wake of “Superstorm Sandy.” With a twinkle in his eye, O’Dwyer joshed: “In typical Irish-Jewish tradition, we proclaim a winner, and this being an Irish room, the fix is in already.”

“I am so Reform, that the last kosher occasion I went to was my bris,” confessed Rabbi Rosenbaum who told of a “beautiful Russian ubermodel whom I converted who wanted Israeli citizenship. Here I was a Reform rabbi and, [just] my luck, at that moment, the Israeli rabbinate was not even accepting conversions by Orthodox rabbis in America!” After contacting Bibi Netanyahu’s office,” Rosenbaum said he was told: “ ‘With your involvement with the Emerald Isle [and] the Vatican,’ they didn’t want to piss off the Catholics so they accepted the conversion.” Msgr. Kelly countered with a bit about Irish guys making fun of “Old Jewish guys telling jokes” a reference to the Off-Broadway hit, “Old Jews Telling Jokes.” On a serious note, he informed, “in Ireland the prior week, the Irish government gave amnesty to those who deserted the Irish Army to join the fight against Hitler’s Nazi Germany…. Desertion in Ireland was very serious, but there was the fear that if Germany had invaded Britain, then Ireland would be next on the list.” 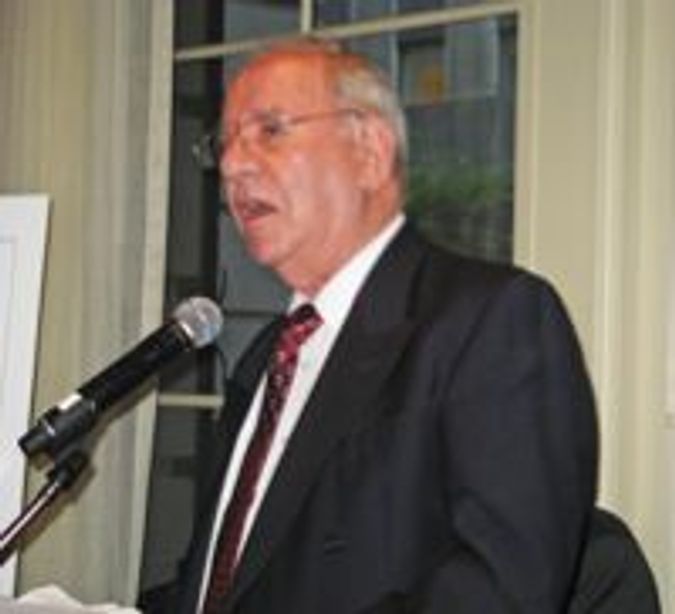 The annual Emerald Isle Immigration Center event honors Jewish leaders for their work in bettering the lives of immigrants. The event is named for Robert Briscoe, the former Jewish Lord Mayor of Dublin (the honorific title for the chairman of the Dublin city council) who was raised Orthodox by his parents, who came to Ireland from Lithuania. Ben Briscoe, the mayor’s son and himself a former Lord Mayor of Dublin, flew in from Ireland to present the awards. In an Irish brogue, he mused about “following in my father’s footsteps…. You’ll never be as good as your father…. I think it’s a bad mistake for sons and daughters to ape their fathers and mothers.”

Getting on the comedy bandwagon, Ben Briscoe told of a constituent at the time his father was politically active who could not get in to the Irish police force because in those days “you had to be ‘perfect in wind and limb’ and the man had a bit of his thumb missing. When he petitioned, the applicant commented that Jews were allowed to join the force and ‘they got a little bit of them missing.’” Briscoe said: “The law was changed. True story.”

Irish and Jewish Humor on Display at Robert Briscoe Awards