Barbra Streisand To Receive PhD From Hebrew U 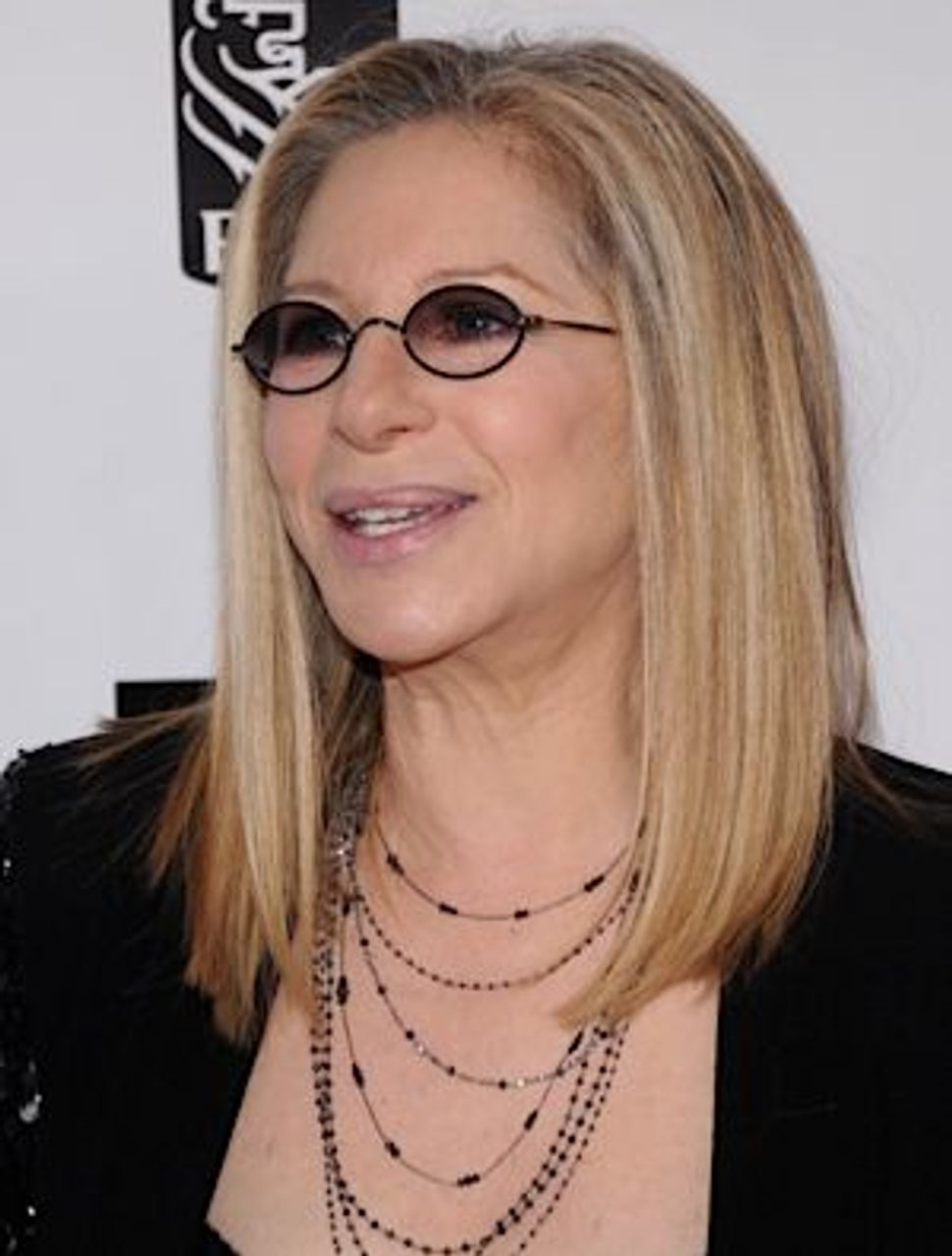 Another event has been added to Barbara Streisand’s busy schedule during her upcoming visit to Israel. In addition to singing at President Shimon Peres’s 90th birthday party and giving two public concerts in Tel Aviv, she will receive an honorary doctorate from the Hebrew University of Jerusalem. The honor will be bestowed upon her on June 17, during the 76th Hebrew University International Board of Governors Meeting.

The honor recognizes Streisand for her professional achievements, human and civil rights leadership, philanthropy, and devotion to Israel and the Jewish people. In 1986, she established The Streisand Foundation, which is dedicated to fostering women’s equality and health, protecting human and civil rights, advancing the needs of at-risk children in society and preserving the environment. Since its inception, it has granted $25 million to more than 800 non-profit organizations around the world.

“Barbra Streisand’s transcendent talent is matched by her passionate concern for equality and opportunity for people of every gender and background. Equally important, her love of Israel and her Jewish heritage are reflected in so many aspects of her life and career. We are deeply proud to honor an individual who exemplifies these values which we at the Hebrew University share and uphold,” stated Prof. Menahem Ben-Sasson, president of the Hebrew University.

Streisand’s relationship with the Hebrew University dates to 1984, when she established the Emanuel Streisand Building for Jewish Studies on the university’s Mount Scopus campus. Streisand, who dedicated the building to her late father, who was a teacher, scholar and religious man, was pleased that it would be a place where women could study traditional Jewish texts. The timing was apt, with Streisand having completed her film, “Yentl,” about a girl who must disguise herself as a boy in order to be able to study in a yeshiva, only a year earlier.

Among the many honors already bestowed upon Streisand is a honorary Ph.D. from Brandeis University, given to her in 2005.

Barbra Streisand To Receive PhD From Hebrew U