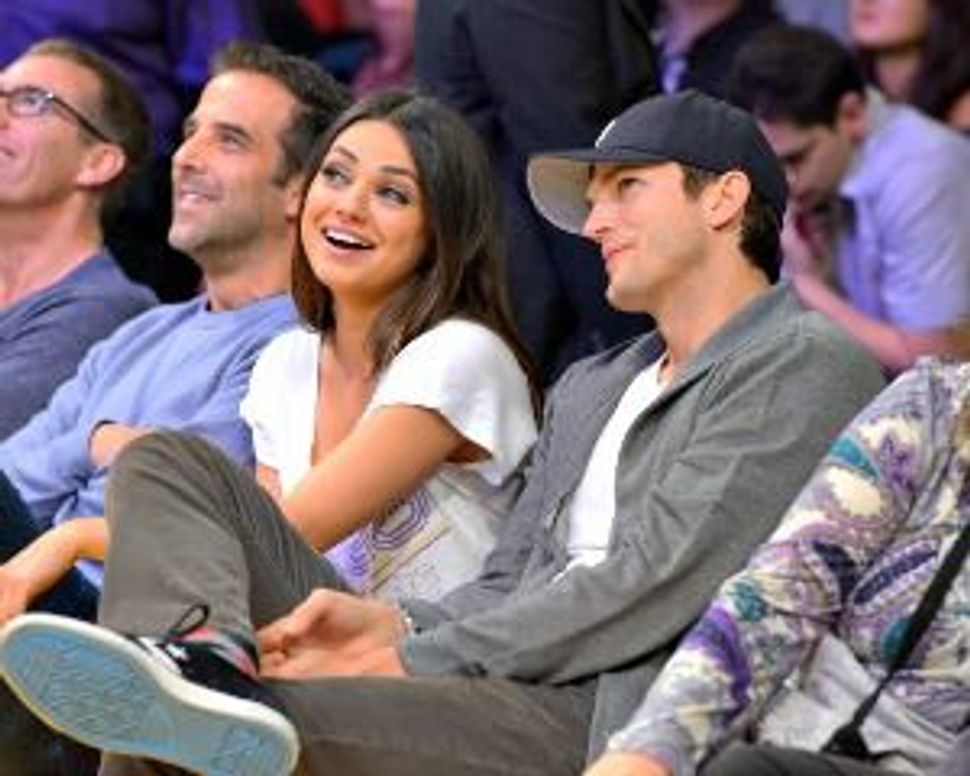 Over the weekend, the Steve Jobs impersonator was spotted in London hanging out with the parents of his Jewish girlfriend, “Oz” star Mila Kunis.

The Hollywood power couple have been dating for about a year now, and this was Kutcher’s first time meeting the Kunis family, the Daily Mail reports.

Kunis’s parents, Mark and Elvira, were visiting their daughter in London, where she lives while filming her new movie, “Jupiter Ascending.” Things with the parents must have gone well because paparazzi snapped photos of Kutcher and Kunis happily holding hands as they went for a stroll around Hampstead on Sunday, with Kunis’s parents following closely behind.

This is somewhat of a big step for Kutcher and Kunis — only two months ago, Kutcher told Elle that he is extremely private about his relationship with Kunis and will do all that he can to keep it that way. Yet weeks later, he’s strolling around town, getting cozy with the family.