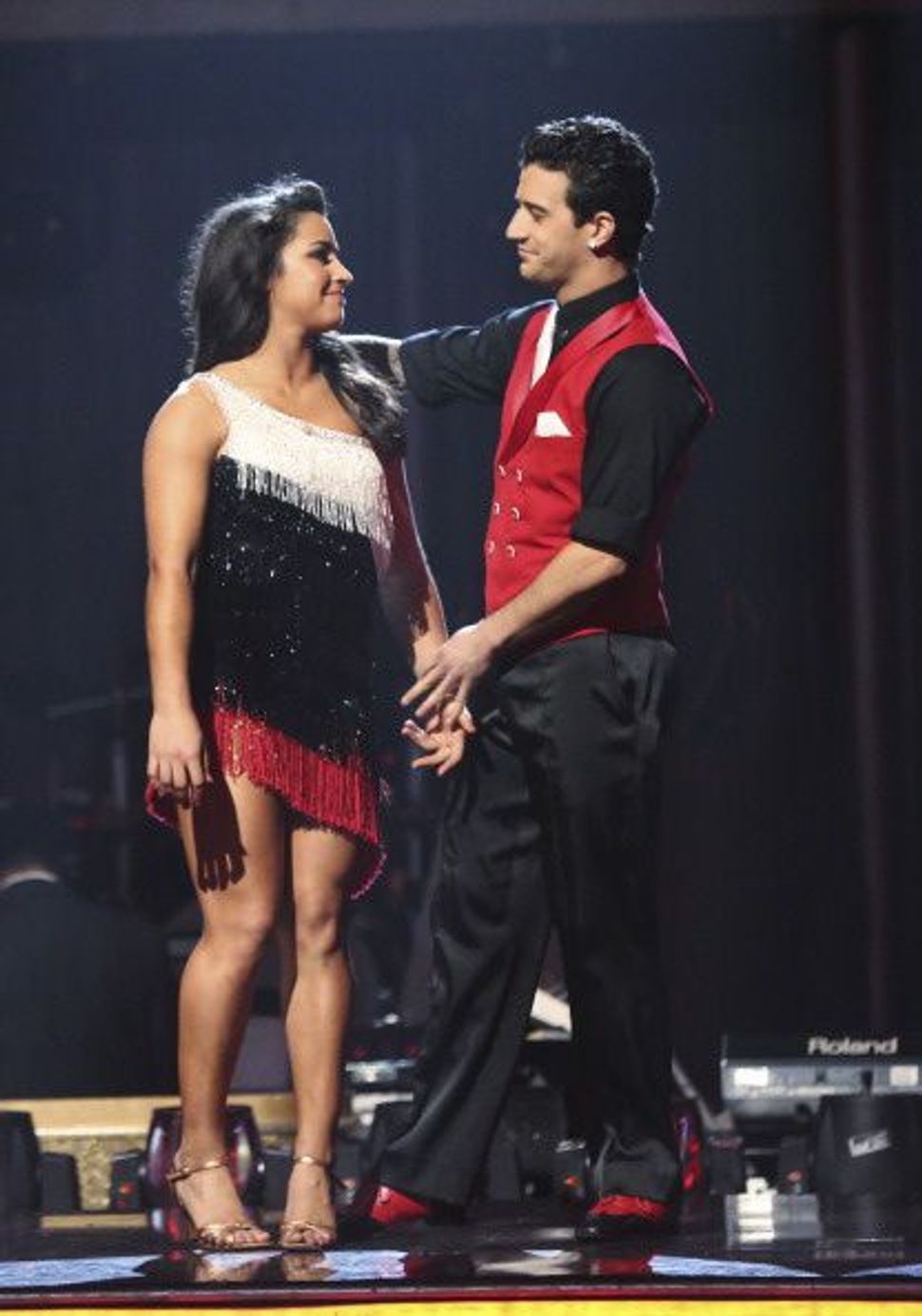 Raisman and Ballas have been quite the pair, the Jewish Olympian proving her athletic demeanor she gained through gymnastics could get her far in the dancing world. The couple always scored high points, usually making them safe for the following competitions. Raisman originally placed third after Monday’s performance.

But all that came to an end last night in a cruel outcome when she was first to be booted off the show only 20 minutes into the episode. Sweeping first place is country singer Kellie Pickler and partner Derek Hough.

“I’m just sad it’s over,” Raisman told the Boston Herald after her loss. “This has been the best experience ever. I’m going to miss everyone so much.”

“It is what it is. I’m so happy for Kellie and Derek,” she went on. “The most important thing for me is that I had fun. I got fourth, and that’s OK.”

Fourth place ain’t bad, especially when Raisman has a shelf of gold medals from the 2012 Olympics. As for her next moves in the sports entertainment world, Raisman wouldn’t give any details, explaining that she likes to take things one day at a time.”