Amanda Bynes is at War With InTouch Magazine 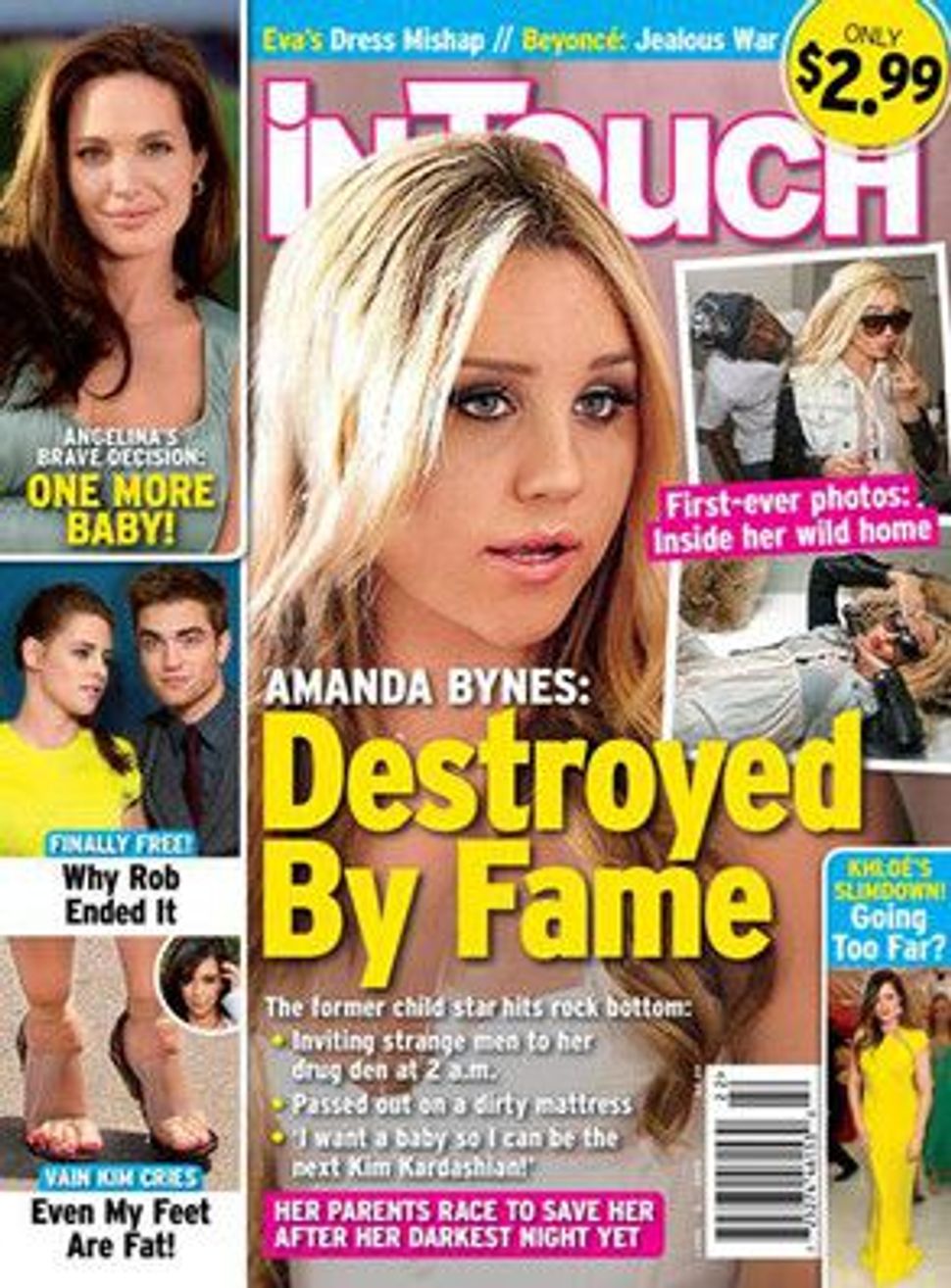 This probably will not end well for both parties.

Amanda Bynes is lashing out on Twitter in objection to the InTouch cover story about her “drug-fueled house party.” Bynes is angry and is threatening to sue.

In the latest edition, released yesterday, the gossip journal alleges Bynes had an impromptu party in her New York City apartment and smoked marijuana. Photos inside the story feature an apartment with barely any furniture and spray-painted windows. Photos also show Bynes lying in bed with no sheets next to a black man, smoking a joint.

“One minute she’s cool and down-to-earth. The next, she’s totally different – indecisive, and she can’t hold a conversation. Mentally, she’s all over the place,” states the photographer, Giovanni Arnold. “She probably gets so high that sometimes she won’t even leave her house. Weed was everywhere. On the bed, all over the floor.”

Bynes immediately took to Twitter to insist the photos were fake and threatened to sue.

“That’s not my bed! Those aren’t my toes! My toes are pedicured! I just did an exclusive interview with intouch last week, now they bought fake altered photos by that ugly black man in the photo or someone who knows him! They used an old shot of me on the cover with a bad angle of my old nose before I had surgery to reshape my profile and to remove the webbing from my eyes. I have to sue because that’s not my apartment, those aren’t my clothes!” Bynes tweeted.

“They morphed photos of my face onto someone’s body to ruin my life! I have to make a big deal of this and sue because that’s not me! I care about my appearance so I have to defend myself! I look like a different person now that I had surgery! Why did they put an old shot of me on the cover? I don’t look like that anymore! I only want photos of my gorgeous new nose on the cover of tabloids and real magazines! The photos in this issue are fake and mocked up! I don’t care enough to keep talking about it. Just assume that I fcked the boyfriend of the editor of intouch because they fcking hate me!”

Yikes. This could get ugly.

Speaking of ugly, Bynes called out InTouch editor Jessica Finn, claiming she bought fake photos and called her “ugly,” tweeting later, “This ugly faced woman @JessicaFinnNYC is the one who bought fake photos of me & put that picture that looks nothing like me on the cover!”

Bynes later shot a tweet at gossip king Perez Hilton, writing, “The only thing sadder than your ugly face still writing stories about me is the fact that you think I’d even step foot in a room with that ugly faced black man.”

Amanda Bynes is at War With InTouch Magazine