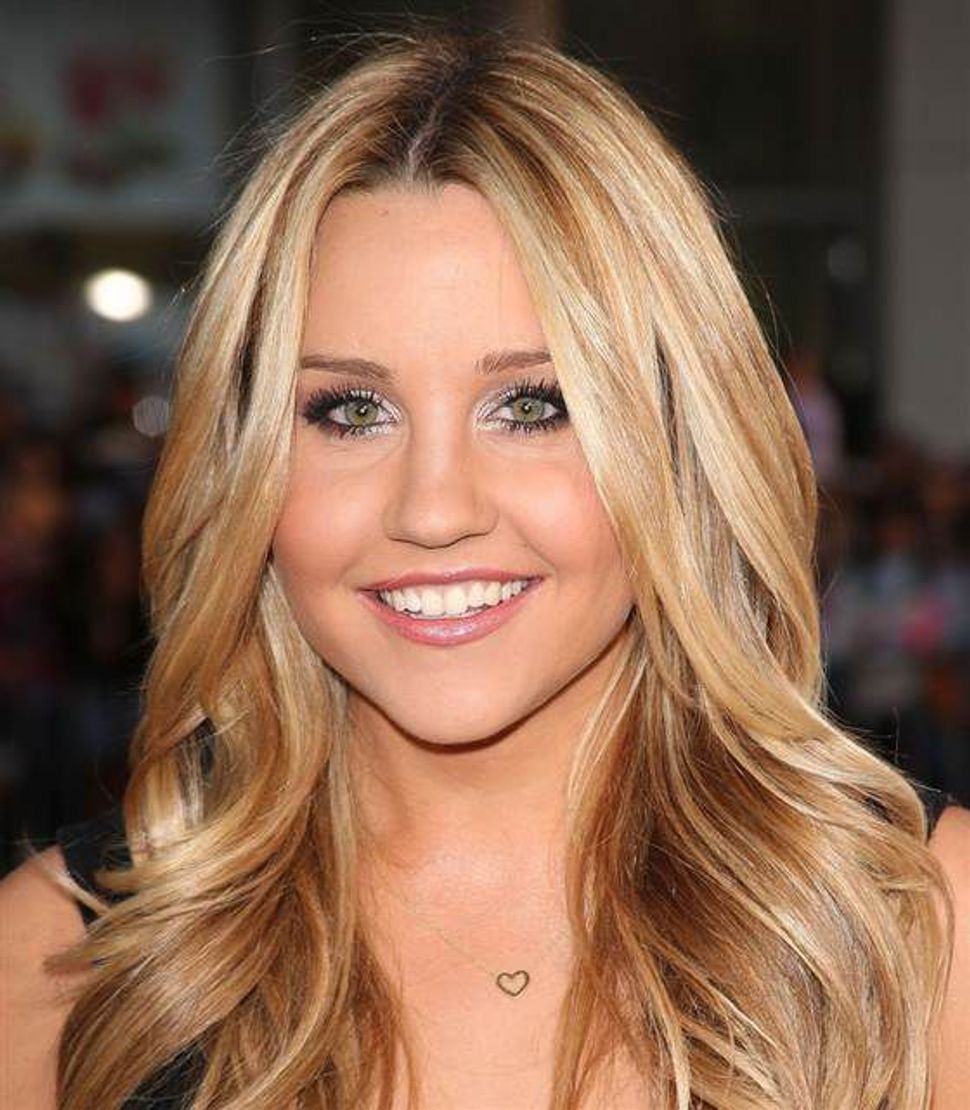 In today’s update of Amanda Bynes news, the child star was arrested last night on pot charges and tossing a bong out of her window, NBC reports.

Sources say the doorman of her building on West 47th Street in New York City called the police after witnessing Bynes smoking marijuana in her lobby. Officers arrived to a “strong” smell of marijuana outside Bynes apartment.

Police caught sight of a bong inside Byne’s apartment just before she allegedly grabbed the paraphernalia and chucked it out the window.

The 27-year-old actress was taken to Roosevelt Hospital for a psychiatric evaluation, and then to a Midtown police station for process. She’s expected to appear in court later today.