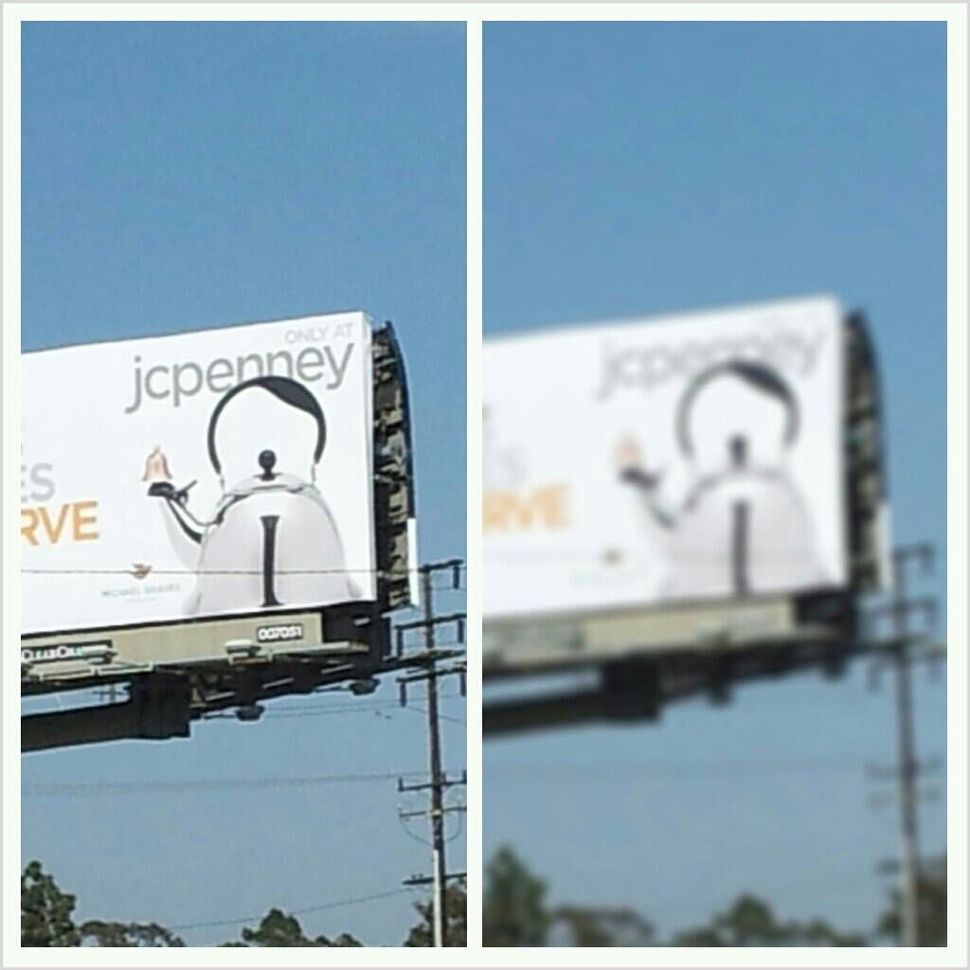 A billboard promoting a teapot sold at JC Penny has been causing quite the stir online after people began noticing it had a remarkable resemblance to Adolf Hitler.

The billboard, displayed on the 405 near Culver City, California, showed a teapot designed by Michael Graves, and its top looks exactly like Hitler’s mustache, while its spout looks like Hitler’s “Heil.”

The striking resemblance was discussed amongst Reddit users over the weekend, who wondered if it was all just an odd coincidence.

“That Hitler looks like a kettle,” wrote one Reddit user while another added, “I’m a little Nazi, short and stout.” A third Redditor insisted the billboard, “looks like a blurry version of how south park would illustrate hitler.”

HuffPo reached out to JC Penny to see if they were aware the teapot had an anti-Semitic doppleganger, but JC Penny has yet to respond.