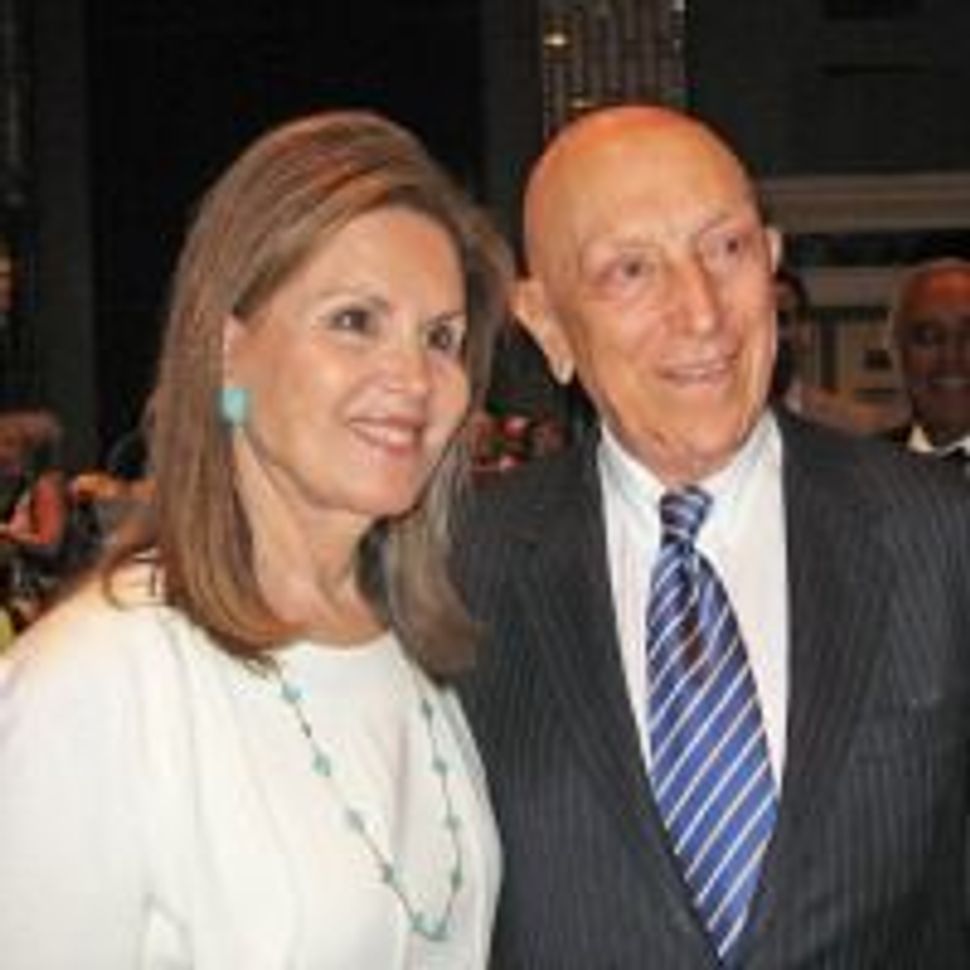 Whenever I think of Senator Frank Lautenberg — who died on June 2 of viral pneumonia — the most indelible memory that surfaces is the August 18, 1996, National Democratic Party fund-raising trifecta for then president Bill Clinton’s 50th birthday.

Imagine: First a $1,500 a head ticket to a Sheraton Hotel reception at with a $14,000 vanilla cake weighing 300 lbs. (in the shape of an American flag). Then, on to Radio City Music Hall where 6,000 [$250-$500 ticket] fans sang “Happy Birthday,” after which Whoopi Goldberg emceed a presidential love fest starring — among others —James Earl Jones, Jon Bon Jovi, Shania Twain, Tony Bennett, Maya Angelou, Neil Simon, David Dinkins, Charles Rangel, and more. Capping the evening was a $15,000 a plate private dinner. To this day I don’t know who my benefactor was, but what made this a visceral journalistic episode was a Clinton-Lautenberg chat, which left me temporarily immobilized.

At the Sheraton, while shmoozing with President Clinton, he got teary-eyed at my mention of the grove of trees that had been planted in Israel in his mother Virginia’s memory. Suddenly he perked up and looked past me: Frank Lautenberg had arrived.

The 6-foot-2 Clinton put his right arm across my left shoulder and his left arm across my right shoulder, and resting his full weight on my 5’2” frame reached to shake hands with then New Jersey senator. It was a handshake that left me hurting… a stiff neck and sore shoulder. Whenever I met Lautenberg we both smiled about that moment.

Another special Lautenberg (and Clinton) moment was the November 5, 2001, Hebrew University of Jerusalem Lautenberg Research Center for Immunology Gala. Guest Al Franken — then a senator wannabee — shocked the audience with a crack at Jews in the U.S. military and joked: “The first [Jewish] president would also have to be the highest-ranking Jew in the military — the comptroller of the Coast Guard” (There is no such post). Guest of honor Bill Clinton rose out of his seat and gave it right back to Franken: “One day there will be a Jewish president and, thank God, it won’t be you — You are my friend, Al, but you are a twisted soul. I’m here because Frank Lautenberg was a great U.S. senator…”

More recent sightings included the June 3, 2010, UJA-Federation of New York’s Women’s Philanthropy “In Her Footsteps” event at which his beloved wife Bonnie Englebardt Lautenberg, and her sisters Carol Weisman and Lois Robbins-Zaro were honored.

Our last encounter was on November 22, 2010, at the “Life Without Lupus” Gala Benefit at Avery Fisher Hall. His voice will be missed.