Avital and Natan Sharansky At the Emma Lazarus Award 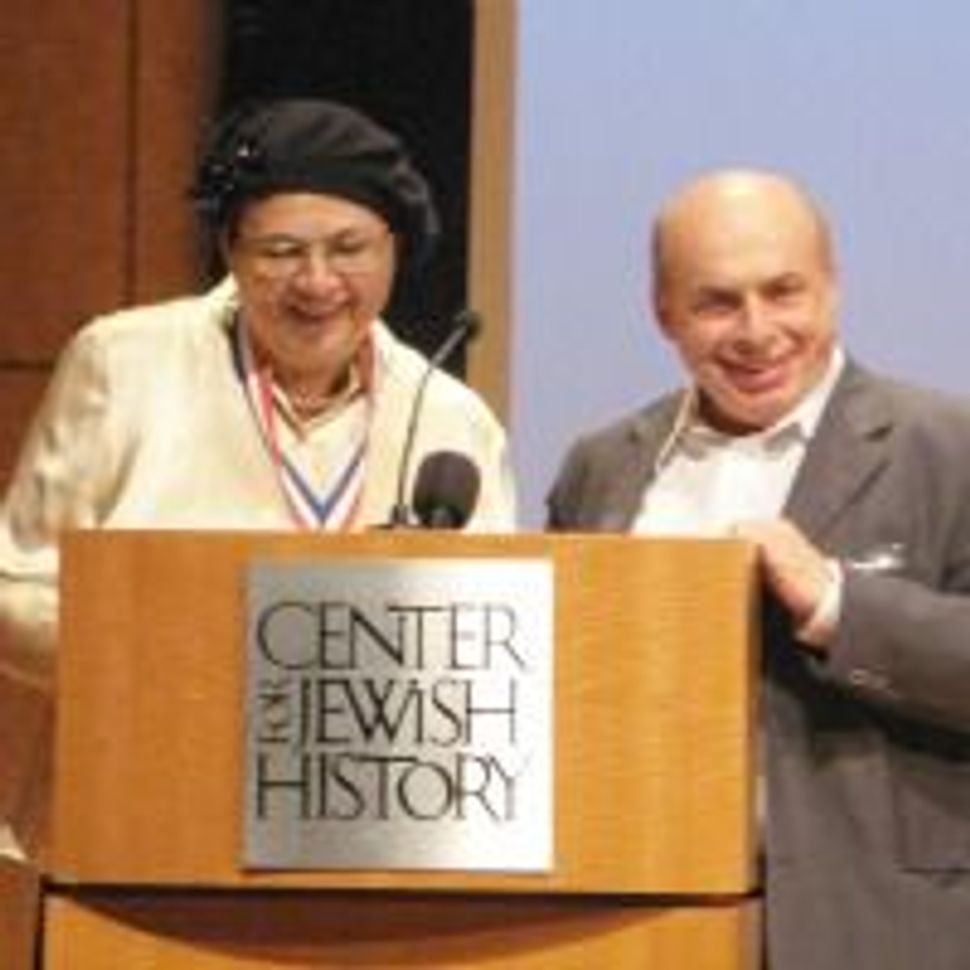 I first met Natan Sharansky in June 1988 at The American Booksellers Association (ABA) Convention in Anaheim, California. Released two years earlier from Soviet imprisonment, Sharansky was among a literary lineup that included Barry Goldwater, Ray Bradbury, Studs Terkel, and Shirley Temple Black. His autobiography, “Fear No Evil” was a sensation.

At a private reception hosted by his publisher Random House at which champagne flowed and guests munched on chocolate-covered fist-sized strawberries, Sharansky smiled bravely as he shook hands with gushing admirers. 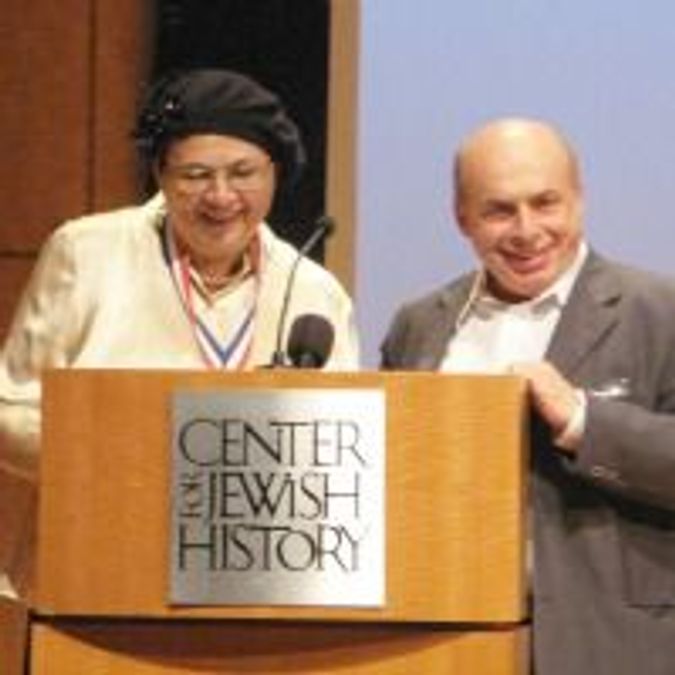 Fast forward to an ebullient, joking Sharansky who acted as his wife Avital Sharanky’s Hebrew-to-English translator at the American Jewish Historical Society’s 2013 Emma Lazarus Statue of Liberty Award Ceremony at the Center for Jewish History on May 28. Dressed in a black beret, ivory satin blouse and ankle-length black skirt, she said: “This is the first time that my husband was my translator.” At the dais, looking up at her adoringly, he joked, “I know you better,” then corrected some of her comments.

“It’s 27 years since my husband’s release and I am asked where I got this strength?… From all the demonstrations, the children,” she said. After Elie Wiesel hung the medal around her neck, she told the audience: “It is you who deserve this medal.”

Rabbi Haskel Lookstein, one of more than a dozen “toasters” that included Mortimer Zuckerman, Malcolm Hoenlein and James Tisch, said: “… what [Avital Sharansky] did during her struggle to free her husband is absolutely against her nature.” Rabbi Avi Weiss, dubbed her “The great spiritual activist, and leader of, the last half of the 20th century.” Richard Perle, Fellow, American Enterprise Institute, added that in 1985, “Avital came to a Geneva Summit to lobby [for Natan’s release]” and a got a representative of the [U.S.] Joint Chiefs of Staff riled up at her use of a meeting room. He recalled former U.S. Secretary of State George Schultz’s reaction as “I’d like to think that if my wife were out and I was in the gulag, she would be commandeering a room to demonstrate for me.”

Invited by Kenneth Bialkin, chairman of the AJHS Planning Committee, to come on stage, Alan Dershowitz — who defended Sharansky pro-bono — said: “When he whispered in my ear the first time we met, ‘Blessed are those who help free the imprisoned,’ that became the largest gift, the biggest fee I ever earned in my life.”

Asked to make a toast, Sharansky said: “I often feel speechless in the presence of my wife when people ask me to speak.” He added: ”She said to me: ‘When you go to America, every organization will want you to join them. Don’t join anybody! Go ahead and do what you believe in and they will join you. And when they join you, they will take all the credit…. So,” he proclaimed, “ I take all the credit for the successes of my life.”

During my post program chat with Sharansky, I recalled our 1988 book interview during which I told him I was familiar with KGB “hospitality” having witnessed my father’s arrest in Vilna in 1940 by its predecessor (the NKVD) and his subsequent imprisonment with Menachem Begin (as described in Begin’s book “White Nights”).

Sharansky signed my copy of his book: “To Masha: A Jew with Russian name from Jew who had Russian name. You are the first reporter who asked me original questions.”

Avital and Natan Sharansky At the Emma Lazarus Award