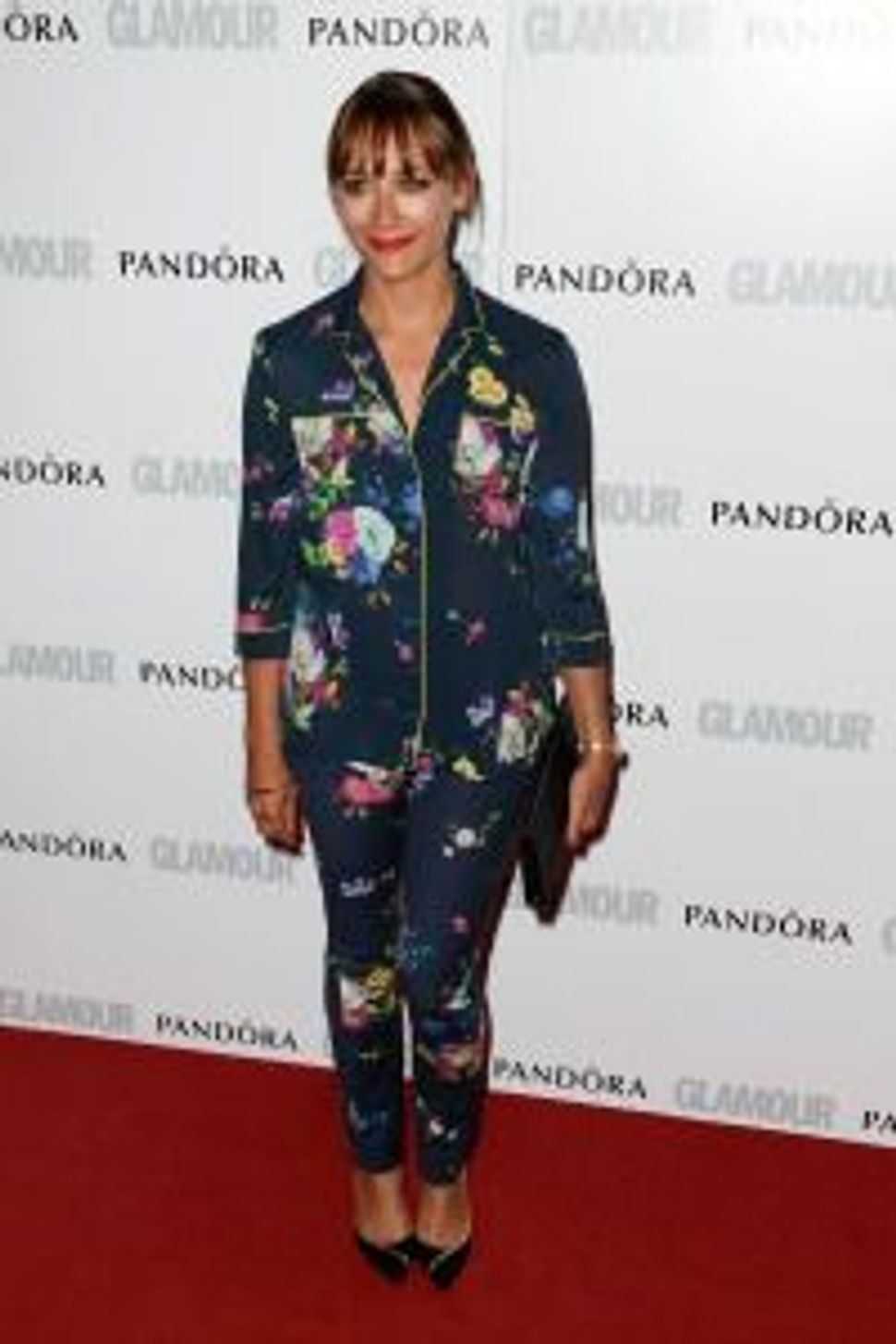 Proving once again that she is the best and most glamorous person on the planet, Rashida Jones opted out of cumbersome gowns, strapless numbers and other wardrobe malfunction gear at the Glamour Women of the Year Awards in London.

Instead, she stuck with pajamas (very chic ones!) from Erdem’s pre-fall collection to strut down the red carpet and pick up her Filmmaker Prize.

Just to class things up a bit, she paired the outfit with black and gold kitten heels. Can we make this the new red carpet uniform?