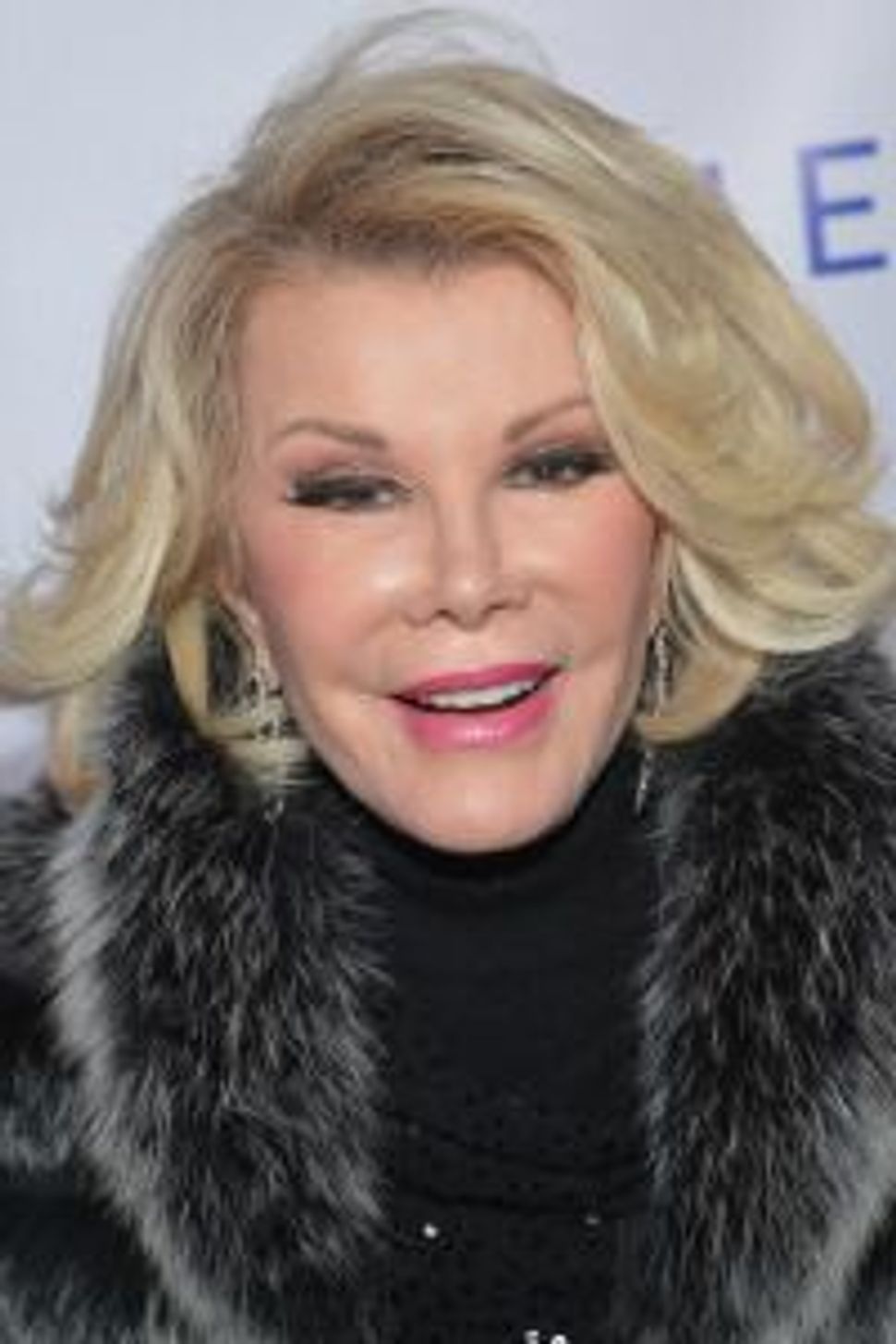 Unfortunately, the party that was meant to mark Rivers’ eight decades in this world was cancelled due to the sad passing of her sister, lawyer Barbara Waxler, the New York Post reported.

300 people were to attend the fete held at the Metropolitan club, decorated by friend Preston Bailey. A spokeswoman for Rivers told the Post that the “Fashion Police” co-host’s birthday celebrations were officially on hold and that the party was postponed.

E! announced that it would be celebrating its resident diva by handing over the entire network to her for a week.

In the meantime, our hearts go out to Joan.