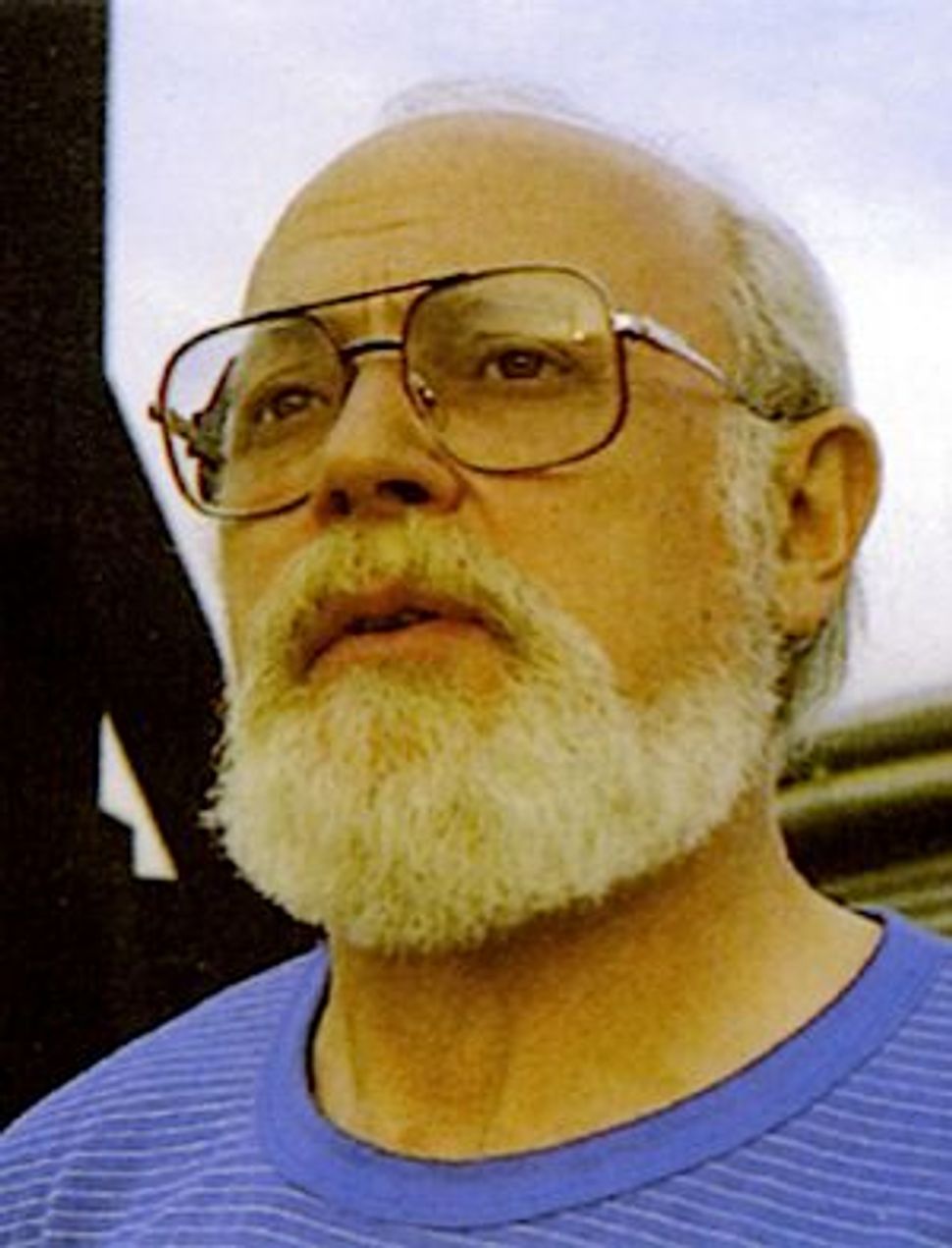 Sorel Etrog’s sculptures adorn Toronto street corners. He designed the Genie, Canada’s equivalent of an Academy Award. He collaborated with giants of 20th-century culture, from Samuel Beckett to Eugene Ionesco to Marshall McLuhan.

Still, the 79-year-old artist has never won the attention or acclaim of his contemporaries. But a beautifully presented, carefully curated survey at the Art Gallery of Ontario in Toronto makes a case for changing that. With sculptures, paintings, graphic projects, and even a rarely seen film, Sorel Etrog presents the artist as a boundary-breaking thinker and a blazing intellectual foil for his marquee-name collaborators.

“Etrog’s career took off in Toronto, and he found support here, but he never had a breakthrough moment in an art-world center like New York or London,” said AGO curator Greg Humeniuk, who organized the multimedia exhibit – the first comprehensive look at Etrog’s work in a half-century. “And in the 1960s, with pop and minimalism beginning to hold sway, some of Etrog’s work looked not quite ‘with it’.”

But Etrog “is a one-man school, a one-man genre,” Humeniuk said. “As a sculptor, painter, draughtsman, filmmaker, and writer, he’s one of the most multifaceted artists of his generation.” Today, Humeniuk notes, collectors are buying Etrog’s work “avidly,” and younger artists “are looking toward his work as a strong part of the lineage of modern sculpture.”

Born in Romania in 1933, Etrog escaped persecution by the Nazis and the Soviets, emigrating to Israel in 1950 with his family. He studied at the Art Institute for Painting and Sculpture in Tel Aviv, then moved to New York to enroll in the Brooklyn Museum of Art School in 1958. After meeting Canadian-Jewish philanthropist and art collector Samuel Zacks, Etrog decamped for Toronto in 1960.

Etrog’s sculptures have been a familiar public presence here – a whimsical cast-iron piece called “Chasidic Head” occupies a street corner in heavily Jewish North Toronto — but the AGO exhibit presents a more layered look at the artist’s career.

While the sheer range makes Etrog’s work impossible to categorize — “he just worked and worked,” Humeniuk said — themes emerge that speak to the artist’s precision, playfulness and piercing intelligence.

Paintings dominate one wall. Interlocking geometric shapes characterize Etrog’s canvases, like the wrench-like figures that somehow intertwine into a likeness of Zacks, or a series of “hanging bull” paintings that recall Chaim Soutine’s paintings of suspended carcasses.

Sculptures, like the massive wooden “Waterbury” (1961), erupt from the floor in a riot of commingled shapes in the gallery’s eastern half. “’Waterbury’ is a masterpiece in the classic sense – it’s a declaration of ambition, and a tour-de-force for Etrog,” Humeniuk said. Etrog’s largest carving, it’s a key to Etrog’s intentions as an artist, Humeniuk noted.

While the exhibition unfolds by genre, Humeniuk has also paired seemingly incongruous works to highlight their shared DNA. The sensual painting “Turkish Bath (Study After Ingres)” from 1969 abuts the comma-like 1980 painted-steel sculpture “Homage to Kurosawa.” “They’re paired to convey his interest in line, volume, form,” Humeniuk said. Indeed, the works are a fascinating study in both the contrasts in Etrog’s work and the threads that connect it through the decades.

While Etrog “by no means hid his Jewish identity” in his work, “he’s more interested in questions of human existence, like Beckett and Ionesco,” Humeniuk said. Did the artist also want to avoid getting pigeonholed as he tried building a reputation? “That would be my inference,” Humeniuk added. This exhibit makes it clear he succeeded beyond imagining.