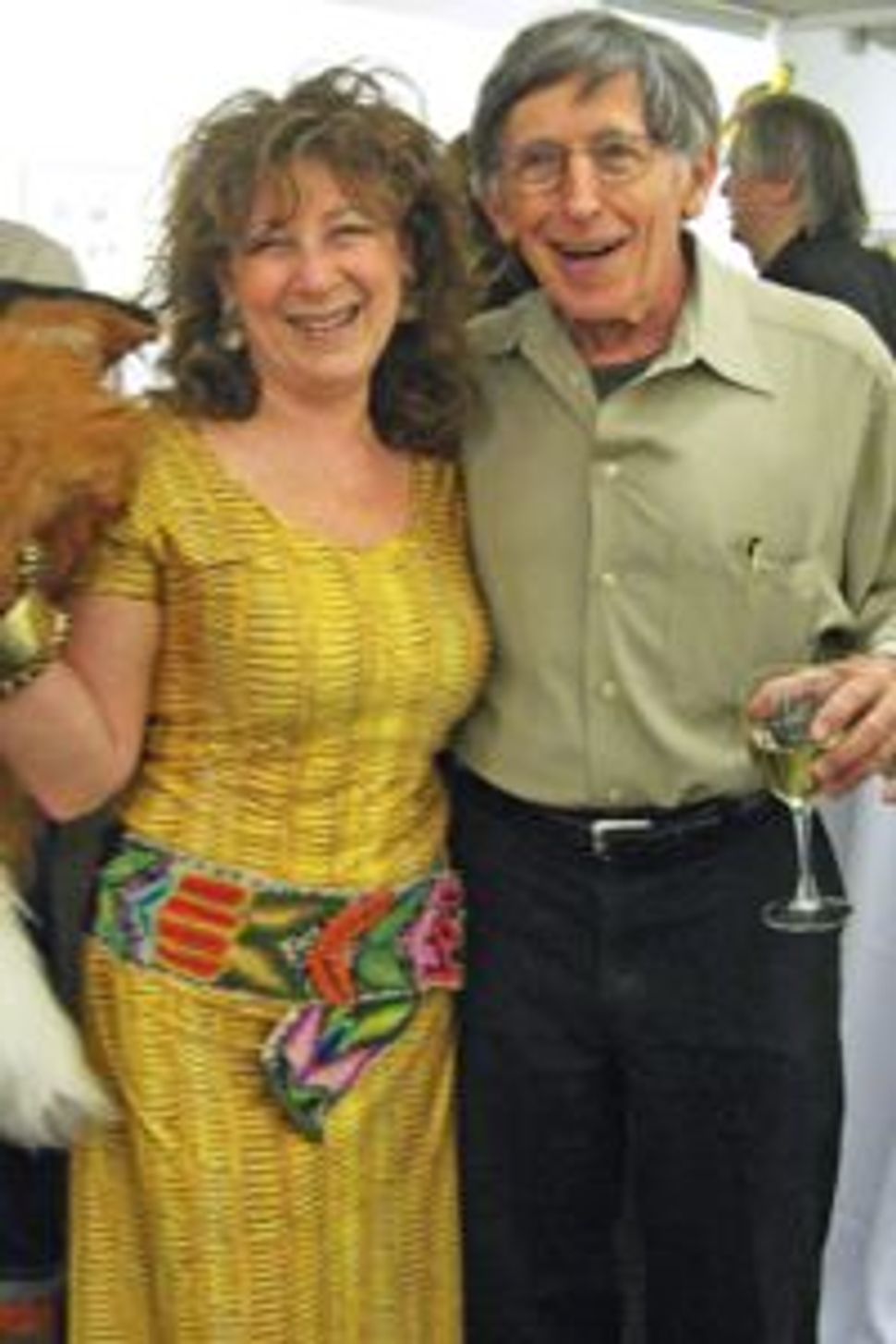 There are monsters, dogs, cats, lions and “Wild Things” lurking on the walls of the Society of Illustrators’ East 63rd St. home in Manhattan. At the June 14 opening reception for “Maurice Sendak: A Celebration of the Artist and His Work,” guests were greeted by Society of Illustrators Executive Director Anelle Miller sporting a “Wild Things” character Max’s wolf headdress. At the entrance to the exhibit, sat a huge phantasmagorical owl with serious claws who kept his unblinking eyes on the comings and goings of the artsy sipping and nibbling guests.

Among the gems lining the Society’s walls: Sendak opera drawings from a 1983 Tchaikovsky “Nutcracker” album cover, a 1968 line and watercolor drawing of “Yash the Chimneysweep” used for I.B. Singer’s story “Zlateh the Goat,” part of a series published in the Saturday Evening Post. There are ballet posters, opera props, children’s books, a montage from “Did You hear What Happened to the Chicken Soup?” from the Really Rosie animated classic (1975) and more “ahh”-eliciting illustrations.

Downstairs is a display of amazing original artwork for “Where The Wild Things Are” (Harper & Row 1963). The show was originally planned during Sendak’s lifetime, with his approval. It has now been expanded to cover his other contributions in books, posters, magazines, animation and theater collectively. Society director Miller told me, “I worked with Justin Schiller and Dennis Davis the owners of the collection and Charles Kochman, Editorial Director Abrams, ComicArts who produced the exhibit’s catalog.”

Among the costumed and creative minglers: award-winning cartoonist Mort Gerberg, author of “The Old Jewish Cartoon Collection” (2008 Zeus Media Publishing), cartoonist and illustrator Tom Bloom, children’s book historian and critic Leonard Marcus, author of “Show Me A Story! Why Picture Books Matter — Conversations with 21 of the World’s Most Celebrated Illustrators (2012 Candlewick Press) and Monte Beauchamp, award-winning Chicago-based graphic designer and art director who is founder and editor of the Graphics-Illustration-Comics Annual “BLAB!”

Take the wild child within you — or kids and grandkids — to this delightful visual journey, which runs through August 17.