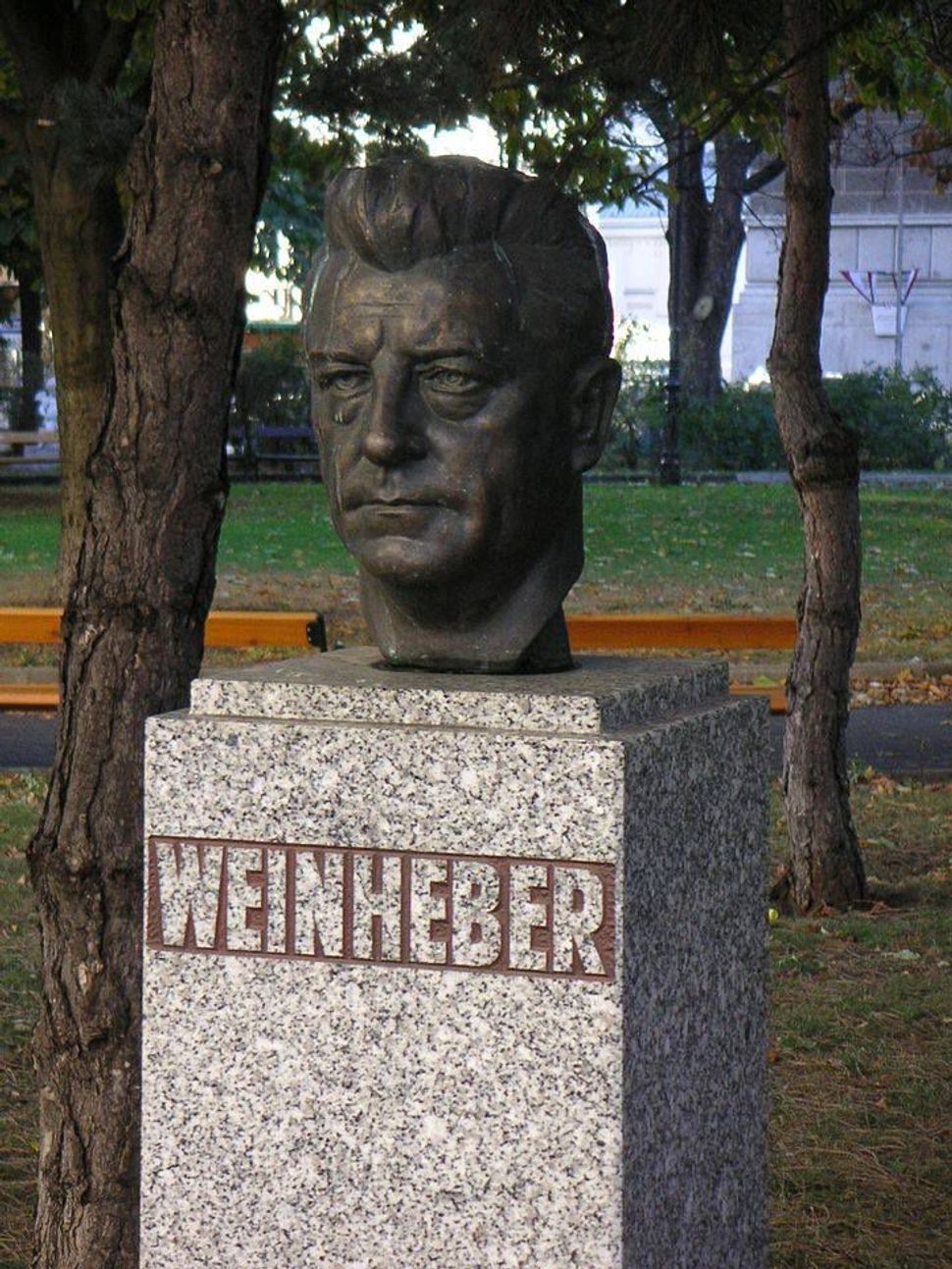 A memorial to Austrian poet Josef Weinheber (1892-1945) stands in Vienna’s First District, the city’s business and historic core. While it honors his literary contribution to his homeland, there’s no mention of his Nazi past – or pro-Hitler works. But that may soon change. 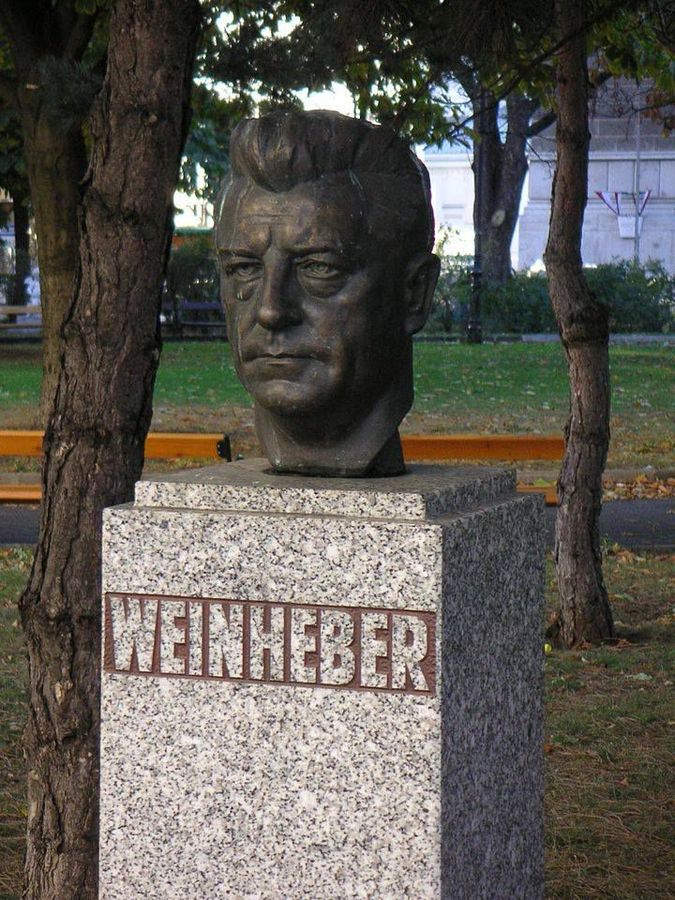 A team of Vienna-based artists launched an “intervention” June 28 aimed at “recontextualization and artistic reconfiguration” of the monument, according to Eduard Freudmann, an instructor at the Vienna Academy of Fine Arts and one of the instigators.

“Weinheber wrote very explicit Nazi propaganda poems,” Freudmann told The Arty Semite by email. “We aim at sparking a debate about how to proceed with the contextualization and artistic reconfiguration of a Nazi monument. And we are prompting the City Secretary for Culture to launch the official procedure for an artistic reconfiguration.”

The “intervention” will mark the first public demand for changes to the monument and its accompanying text, Freudmann said. “Weinheber is a very polarizing figure in Austria, and many people are extremely apologetic about him and his Nazi activities,” said Freudmann, who is spearheading the “intervention” with Vienna artists Chris Gangl and Tatiana Kai-Browne. “We expect a large public discussion by austrian artists, writers, intellectuals to follow our intervention.”

Michael Kaminer: Why are Austrians more forgiving about Weinheber than other Nazi figures?

Eduard Freudmann: Austria has a long history of overlooking Nazi biographies. In the 1980s we even elected a former Nazi stormtrooper as our president, Kurt Waldheim. Nowadays Nazi crimes are not considered minor offenses anymore. The international pressure on Austria, specifically from the U.S. and from Israel, contributed to that change. However, cultural figures seem to be a protected species and Weinheber is one of them. Apologists across the political spectrum advocate for a strict separation of the art work from its author.

When people have brought up Weinheber’s past with the government, what kind of response have they received?

We don’t know of any official initiative against the monument but anti-fascist graffiti repeatedly marked him as a Nazi and the bust was even stolen once. The city of Vienna reacted by fortifying the monument with marble which is easier to clean, and securing it in an underground concrete foundation.

What does “reconfiguration and recontextualization” mean for this monument and this project?

The contextualization of problematic monuments is usually done through text plaques that explain the monument’s history or the honored person’s biography. However, in our opinion a contextualization is not enough because it leaves the monument’s aesthetics untouched. At the same time we believe that problematic monuments should not be removed, history should not be erased. We want to understand monuments as objects and places of active remembrance which also includes their aesthetic reconsideration and reconfiguration.

Ideally, where would the monument end up, and what would it look like post-reconfiguration?

We don’t consider our intervention as an answer but rather as a question to Vienna’s general public. We aim at sparking a debate about how to proceed with the contextualization and artistic reconfiguration of a Nazi monument. Therefore we prompt the City Secretary for Culture to launch the official procedure for an artistic reconfiguration. We are sure that there will be great ideas by many colleagues of how to critically and artistically approach the given subject.

Is there some irony in the fact that the city of Vienna kept fortifying the monument to a Nazi sympathizer rather than getting rid of it, or doing something else?

The history of the monument is emblematic for the insufficient way the official Austria has been dealing with the country’s Nazi past. Irony is the privilege of the distant observer, from an inside perspective one tends to oscillate between being upset and depressed.

What do you hope will result from this intervention?

We want to contribute to the struggle of changing the Austrian approach to problematic historical manifestations in public space. Becoming more ambitious and courageous about the subject should be understood as a chance to deal with the past instead of being afraid to open Pandora’s box. The given mentality of turning a blind eye to the subject is no longer acceptable.

What exactly will the intervention/recontextualization involve?

We aim at showing the monument’s history of resistance and fortification by excavating the underground concrete foundation. We consider the intervention a landscape architectural measure that hopefully can serve as an initial point for further discussions on how to critically and artistically reconfigure the monument.

Do you think a wholesale reappraisal of Weinheber’s role might happen as a result of this project?

During the last years of working on the subject it was astonishing to see how cohesive the phalanx of Weinheber’s apologists is, ranging from Neo-Nazis and far-right academic fraternities to bourgeois conservatives and even social democrats and challenging it is a gradualistic policy. However, Weinheber is just exemplary and Austria has many historical figures whose roles in Nazism and its genesis have to be reconsidered.