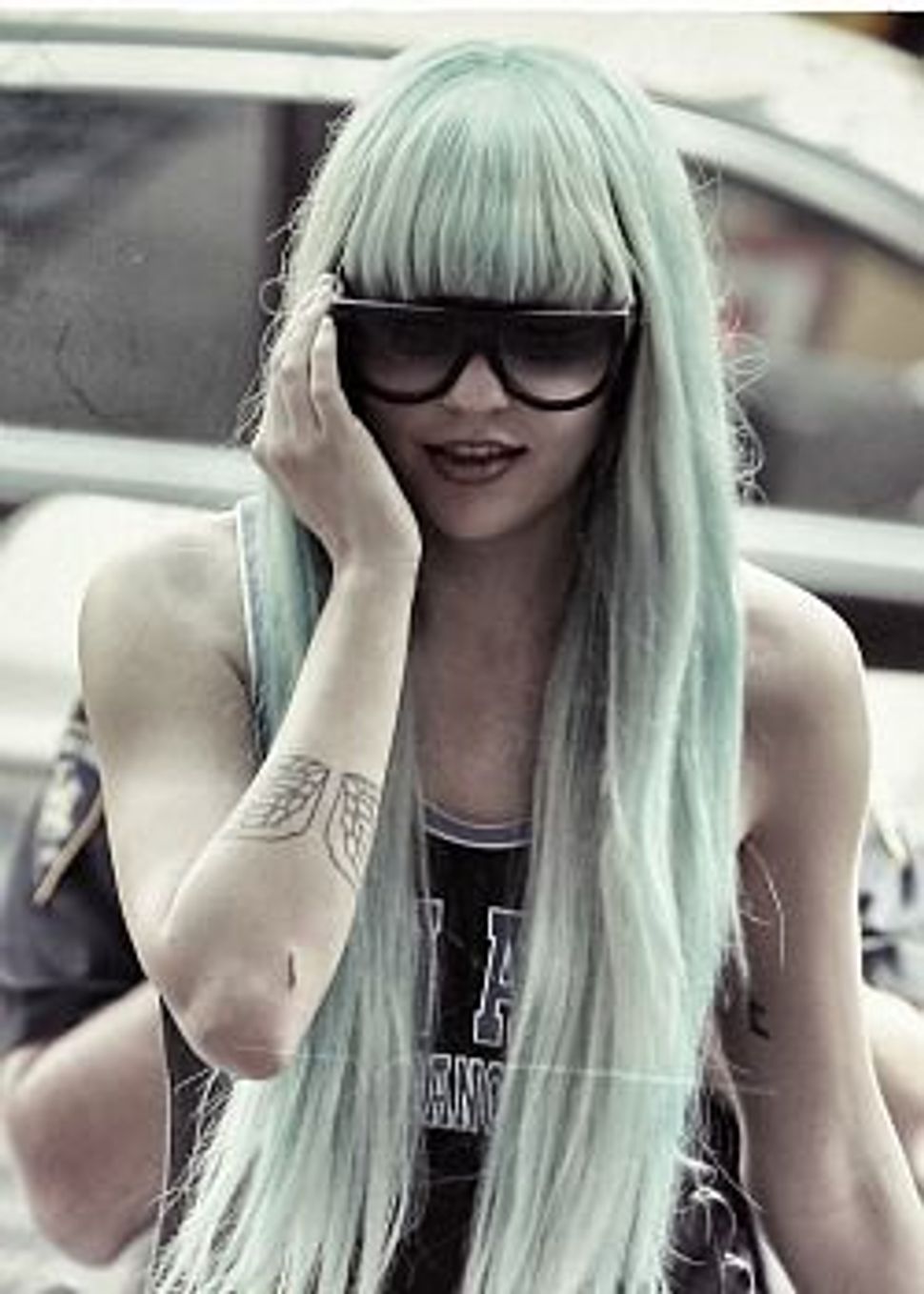 Actress Amanda Bynes, wearing a long blue wig and sweat pants, appeared briefly in court on Tuesday on charges of marijuana possession and throwing a bong out a window and a judge postponed her case until September.

Bynes, 27, made no comment during the hearing but has previously denied the charges of possession, reckless endangerment and attempted tampering with evidence.

All the charges against Bynes, who has made headlines in recent months for erratic behavior, odd posts on Twitter and legal problems, are misdemeanors.

In addition to setting a Sept. 26 court date, Judge Diana Boyar set an Aug. 26 deadline for filing motions to dismiss the charges.

Bynes, who wore a tank top, big sunglasses and false eyelashes in addition to the wig and sweat pants, was rushed out of the courthouse after her appearance.

“All we told her (the judge) was that there was no resolution yet and she gave us a new date,” said Ross Kramer, one of Bynes’ lawyers.

Kramer said Bynes’ team would continue to work with the prosecutors to see if they can reach a resolution to the case. Bynes was taken into custody in May after police were called to her high-rise apartment building after an employee reported someone smoking marijuana in the building’s lobby.

Police said they were directed to Bynes’ apartment and smelled marijuana after the actress invited them in. They also saw a bong, which is used for smoking marijuana.

During a court appearance in May, Bynes’ attorney accused police of entering the apartment illegally and said nothing was recovered during the search.

Bynes gained early stardom at the age of 13 when she had her own comedy show on the Nickelodeon television network. She also had a major role in the movie “What a Girl Wants” but has not appeared in a film since 2010 in “Easy A.”

Bynes has faced violations for drunk driving and hit and run in the past year and is on probation in California for driving on a suspended license.