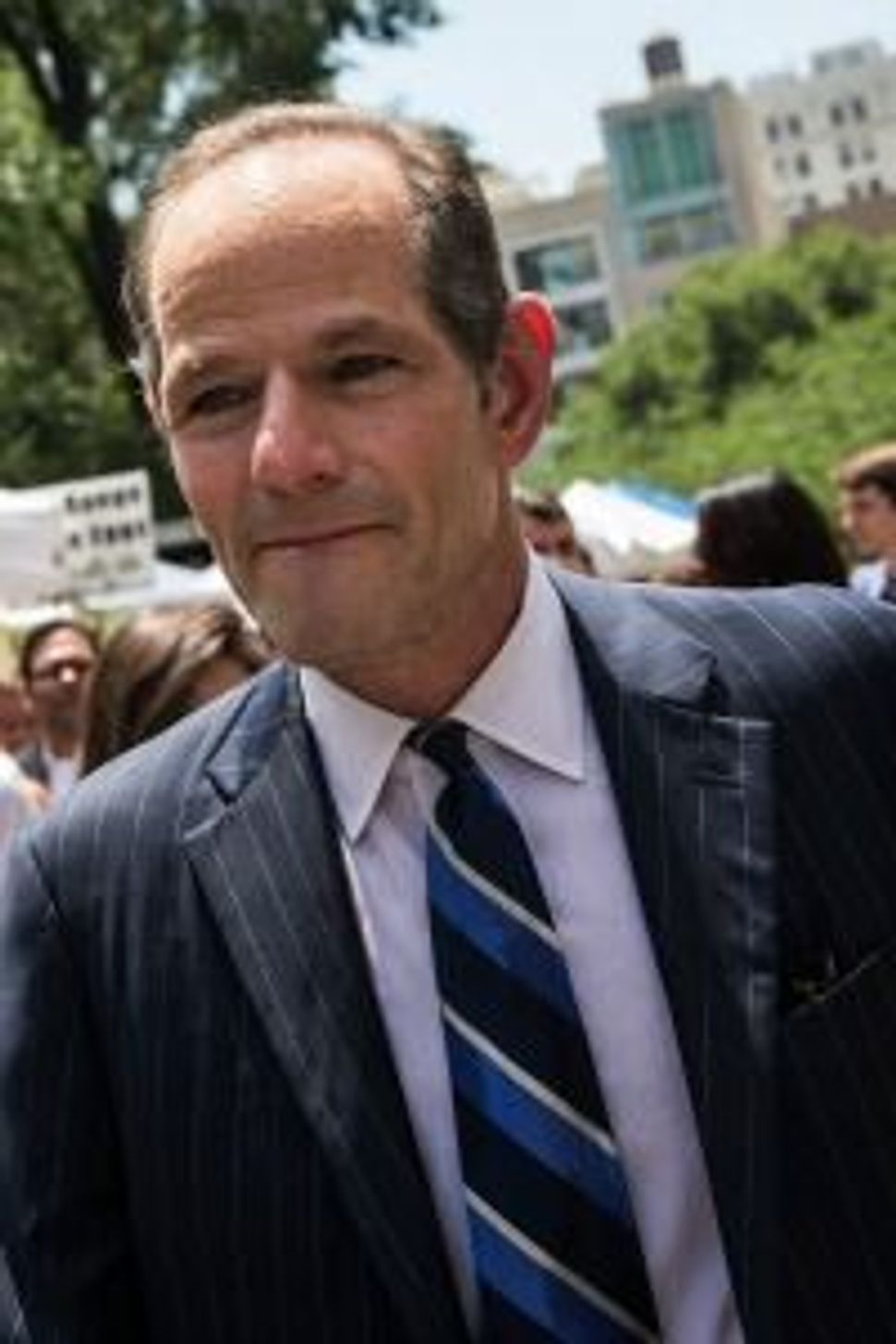 As The Huffington Post pointed out, Hader used to play Spitzer back when he co-hosted (and then hosted) “Parker/Spitzer” on CNN. Sharing a moment, the two recounted how they first met during a White House Correspondent’s Dinner.

“You were shaking and quivering when I approached you,” Spitzer said.

See the whole thing unfold below: