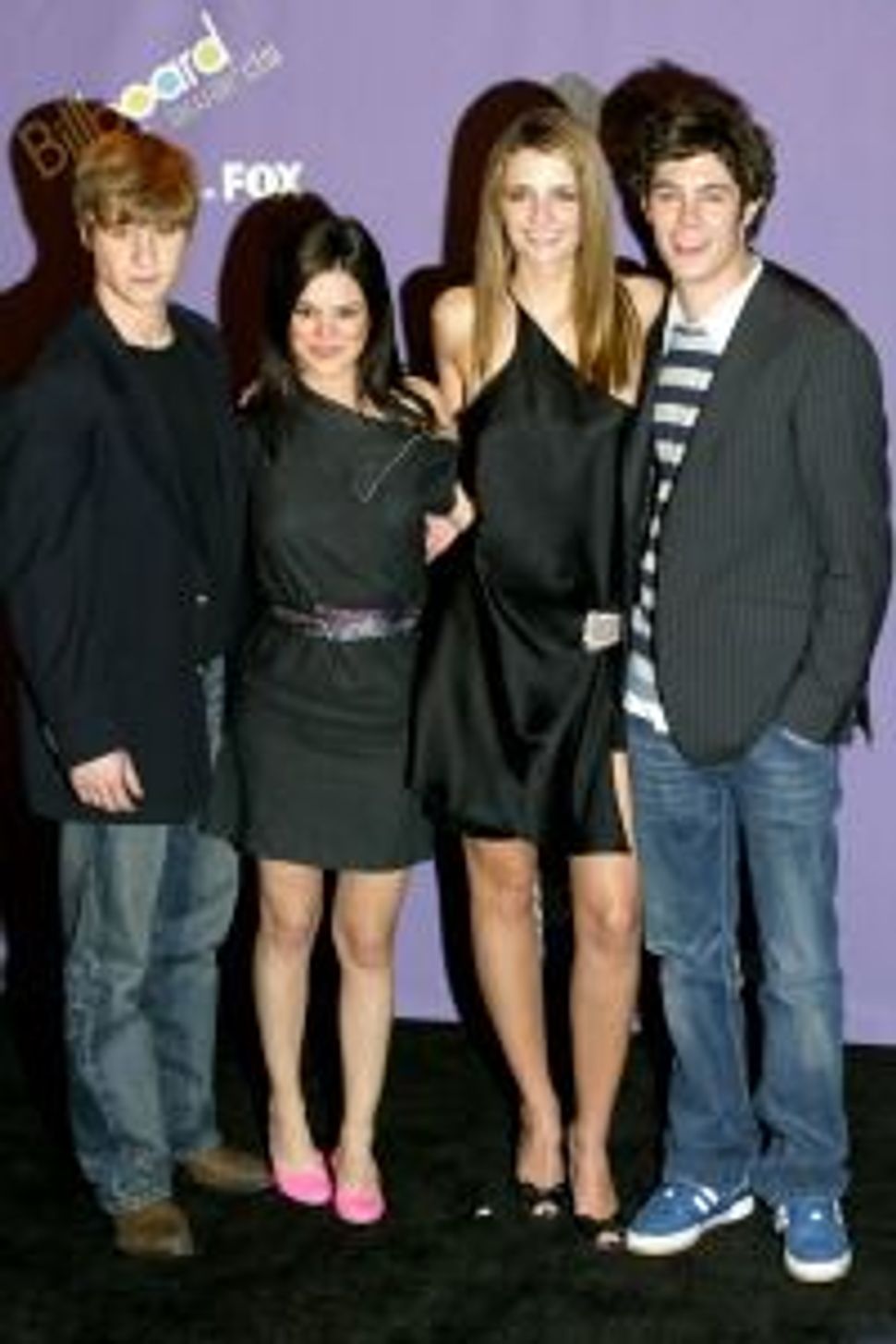 Can you believe we first laid eyes on Seth and Summer exactly 10 years ago? Ouch.

“The O.C.” is celebrating its tenth anniversary, and twenty-somethings everywhere are feeling their age. It’s hard to describe the impact that Josh Schwartz’s coming of age series had on people of my generation. “Influential”doesn’t begin to cover it.

It was a four season roller-coaster ride of quirky one liners, emotional break-ups, Chrismukkah, unrequited love, scandal, bagel-cutters and indie bands. Seth Cohen introduced the world to the must-listen-to early hipster playlist — before it got all mainstream and stuff.

“The first six or seven episodes was really literally stuff off of my iPod,” creator Josh Schwartz told HitFix writer Alan Sepinwall. “Some of the bands that we reached out to were these indie rock bands, and that was all we could afford. A lot of these bands probably would have had deeper reservations about having their music debut on a Fox teen soap, but there was no other way to get their music out. I think once artists started to see how we were using their music, and the kind of music we were using, they started to feel much better about it.”

If you’re feeling nostalgic, HuffPost Entertainment has a rundown of the “21 Most Important Music Moments From ‘The O.C.’”

In an anniversary-celebration interview with Vulture, Josh Schwartz revealed his favorite episode(s). “The pilot will always be the most special experience of my life,” he said. “I never had a show on the air before. Making the show just felt like everything was coming together. I remember every day of making that pilot and what it felt like, how exciting it was. There is also an episode we did in season two, ‘The Rainy Day Women,’ where we decided we were going to bring rain to Newport Beach — and the catastrophic result that rain would have. We were constantly flooding the sets with water and had Seth hanging upside down wearing a Spider-Man mask, kissing Summer. There was a lot of fun and energy that went into making that episode.”

And about making nerd the new cool?

“When we cast Adam Brody, his natural energy and his mien was such that — [Seth] was a guy who was nerdy but sort of upfront with his nerdiness and was okay with it,” he explained. “There was initially a battle over the Seth character with Fox executives. They hadn’t done a show like this since 90210, so the note I was getting a lot in the pilot stage was, ‘Well, if Ryan Atwood is our Luke Perry, who is our Jason Priestley? It certainly can’t be this nerdy Jewish kid.’ And all along, I kept saying we’re not doing 90210. When we cast Adam, he was adorable enough — actually adorkable was coined for him and then Fox repurposed it for The New Girl. He was charismatic and the ladies liked him, so the Fox executives felt like, “Okay, this will still appeal to women, just in a different way.” A lot of [Seth] came from Adam’s natural kind of being.”

For more “O.C” insider trivia, check out the full interview here. “Welcome to the OC b**ch!”