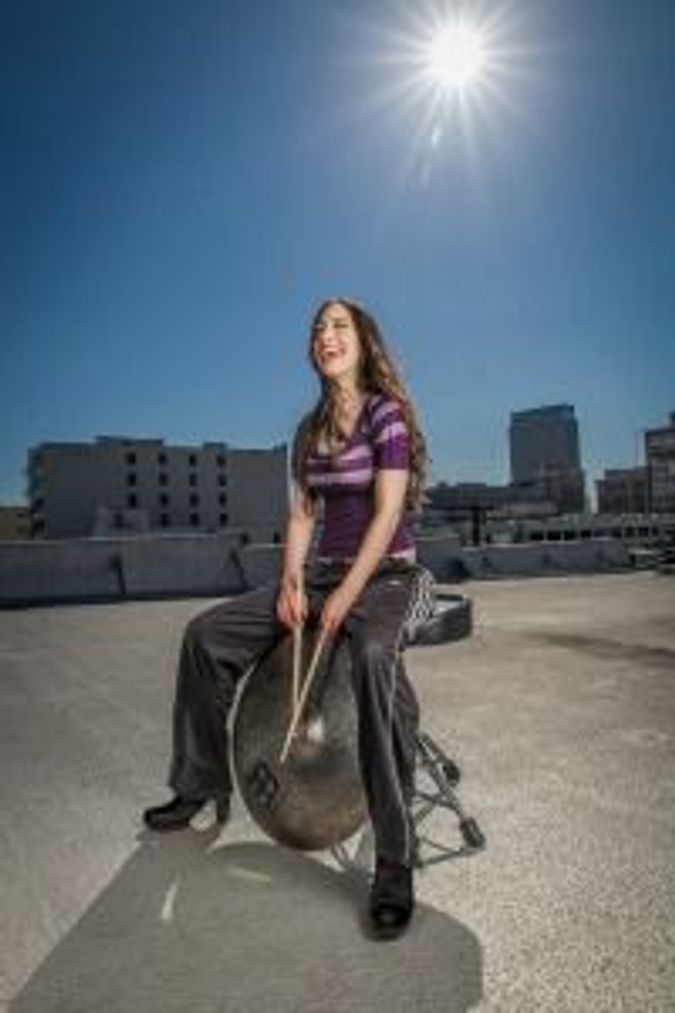 For her 30th birthday, Meytal Cohen is achieving every struggling artist’s dream — she’s sticking it to her family.

On August 9th, Cohen’s Kickstarter campaign to raise funds for an original album will come to a close. With only three days to go, she has almost doubled her $60,000 goal and has 2,519 backers.

But Meytal Cohen isn’t just anyone. With 391,953 fans as of this morning, the Israeli transplant to the U.S. has more Facebook likes than both President Shimon Peres (162, 625) and model Bar Refaeli (203,642), and trailing only slightly behind Benjamin Netanyahu (460,756), making her what newspaper Yediot Aharonot called “the second most liked Israeli on the Internet.”

For this heavy metal drummer who rose to fame on Youtube — her videos have been viewed over 65,000,000 times — it’s a dream come true.

“It’s very humbling, I don’t know how [it] really happened. I’ve been shooting and uploading, note for note drum covers of my favorite songs/drummers for the last 3 years now,” she told the Forward in an interview. “I feel I have this huge data base of drum grooves and fills, and now it’s time for me to take all that I’ve learned from my favorite drummers and create something new.”

Excitement over her upcoming project aside, Cohen’s enthusiasm stems from newly found support from family members, impressed that she is achieving her dream on her terms.

This wasn’t always the case.

“My dad was killed by a drunk driver while he was standing on the sidewalk when I was in second grade, and my mom raised us all by herself,” she explained. “It was very important to her that we all go study and have a ‘serious profession that you can actually make a living of off’ so she wasn’t happy with[my decision to be a musician]. My entire family consists of lawyers, and doctors and I would get calls on a daily basis asking me if “’I’ve made it yet.’

Their attitudes changed after Cohen made it onto a front page spread in Yehidot Aharonot, one of Israel’s largest newspapers.

“It definitely helped me with my family. Suddenly I was in the newspaper and my mom was [talking about my number of followers] like it was the first time she ever heard it,” Cohen laughed. She said ‘Do you get how much that is? ‘ Like, she’s telling me.“

Cohen first got into metal in high school, when her first boyfriend gave her a mixtape (Aw…). But being a female heavy metal drummer has its ups and downs. On the one hand, the surprising combination is part of Cohen’s appeal to viewers, who see a feisty woman playing an instrument traditionally associated with the John Bonhams of the world. On the other, she often has to push against stereotypes.

“Before I did Youtube I would go to audition and I felt like there was a lot of pressure for me, almost like I was representing the female gender,” she said. “It stressed me out. I didn’t want to play the stereotype and I felt that if I wasn’t good enough I was ruining it for women everywhere. “

As an Israeli, Cohen must also walk a thin line. Though she gets positive comments from fan all over the world, from Europe to South America, she also deals with haters who tell her to “go back to Auschwitz.”

Nevertheless, Cohen says she will push forward and remain vocal about her identity. “I’m proud and always very public about being an Israeli and the fact I served two years in the IDF, she said. “I am who I am, and I’m not trying to hide it. From 3 years of reading YouTube comments, I can guarantee that you can never make everybody happy…so I try to focus on the people that are.”

We would expect nothing less from the second most liked Israeli on the Internet. Bibi better watch out — Meytal Cohen is gaining on him. Fast.