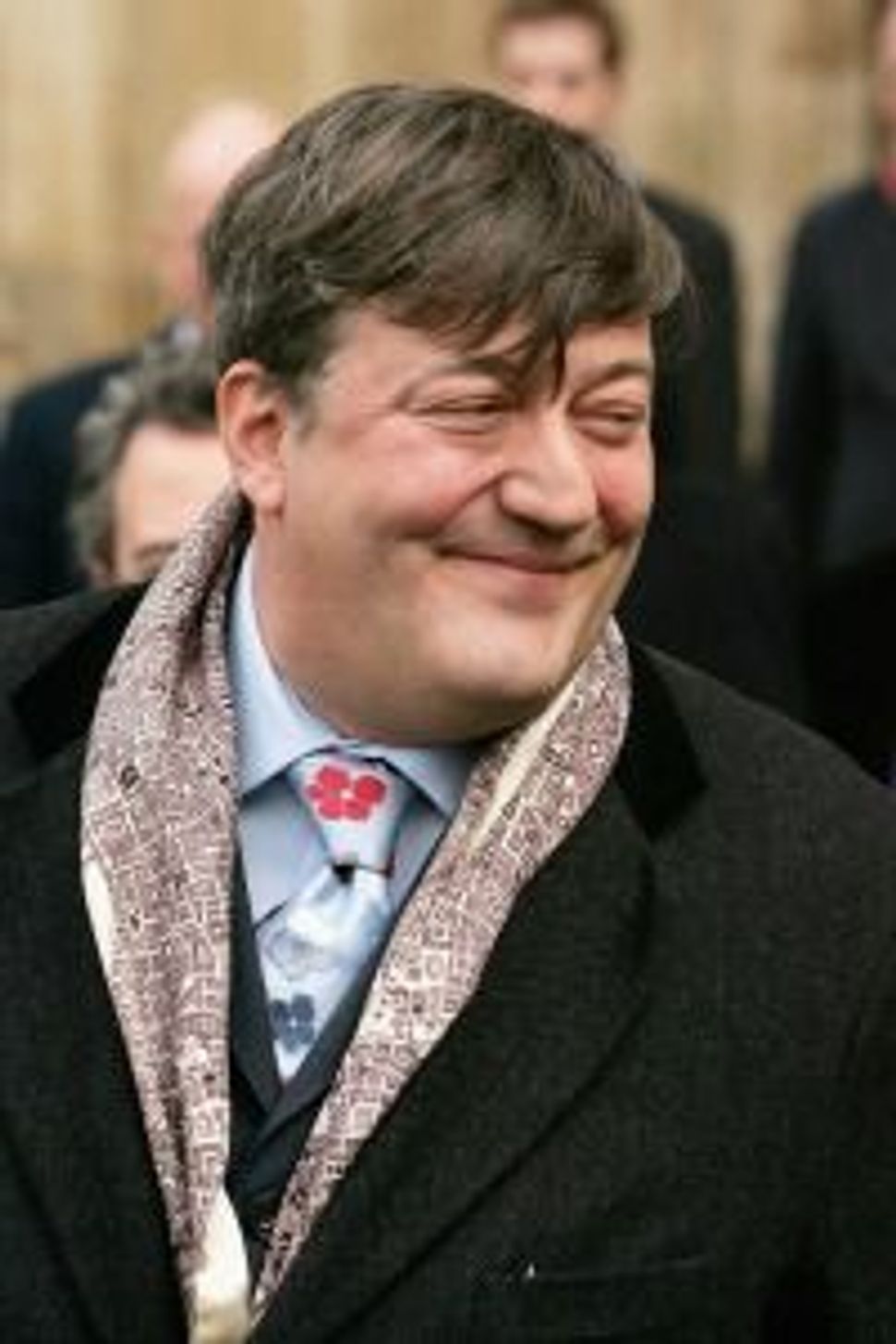 British actor and comedian Stephen Fry urged on Wednesday that Russia should be banned from hosting the Winter Olympics due to its repressive policies against gays and lesbians, the Mirror reported.

In an open letter to British prime minister David Cameron, Fry compared the victimizations of homosexuals Putin’s Russia to the treatment of Jews in Nazi-era Germany.

“I am gay. I am a Jew,” Fry said in the letter, posted on his website. “My mother lost over a dozen of her family to Hitler’s anti-Semitism.”

“Every time in Russia (and it is constantly) a gay teenager is forced into suicide, a lesbian ‘correctively’ raped, gay men and women beaten to death by neo-Nazi thugs while the Russian police stand idly by, the world is diminished and I for one weep anew at seeing history repeat itself.”

He added: “An absolute ban on the Russian Winter Olympics of 2014 in Sochi is simply essential. Stage them elsewhere… in Utah, Lillehammer, anywhere you like.

“At all costs Putin cannot be seen to have the approval of the civilised world. He is making scapegoats of gay people just as Hitler did Jews. He cannot be allowed to get away with it.”

Hitler’s anti-Semitic policies, introduced prior to the Berlin Olympics in 1936, put a “permanent stain” on the games,” Fry went on, explaining that the lack of outcry by the wider international community gave Hitler confidence. “What he did with that confidence we all know,” he added.

“The Olympic movement at that time paid precisely no attention to this evil and proceeded with the notorious Berlin Olympiad which provided a stage for a gleeful Fuhrer and only increased his status at home and abroad.”

According to the Mirror, a government spokesperson replied to Fry’s concerns, saying that the prime minister had expressed his concerns to President Putin in June. “We remain greatly concerned about the growing restrictions on LGBT freedoms in Russia and have repeatedly raised our concerns, including at the 2013 UK-Russia Human Rights dialogue in May.

“We are working closely with the IOC and the BOA to ensure that the Games take place in the spirit of the Olympic Charter and are free from discrimination.”