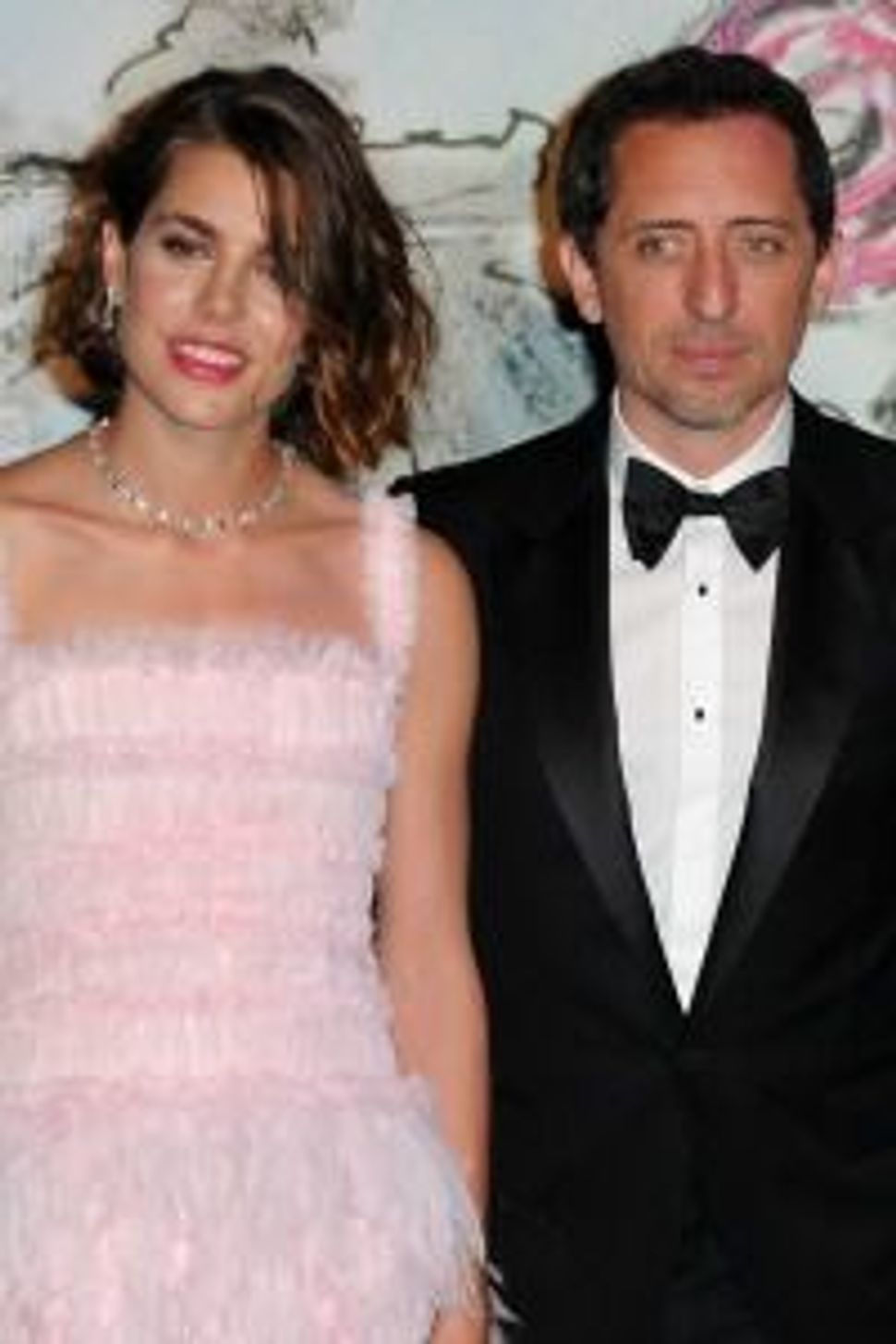 Jewish comedy has its own set of monarchs, but one will soon be making the jump to the original high and mighty set (in the medieval sense of the word).

The 42-year-old Elmaleh has a huge following of fans (both Arab and Jewish) all across the French-speaking world. Though relatively unknown in the mainstream U.S. comedy scene, he recently appeared alongside Jerry Seinfeld in “Comedians in Cars Getting Coffee.” Elmaleh also starred as a clumsy private investigator in Woody Allen’s “Midnight in Paris.”

What’s more, news of the couple’s engagement doubled as a pregnancy announcement. Theirs is a beautiful love story and now there is a baby on the way,” a friend of Elmaleh told People magazine. “It’s a proud moment for them.”

This will be the 27-year-old Casiraghi’s first child, while Elmaleh already has a 12-year-old son with French actress Anne Brochet.

Watch Gad Elmaleh show Jerry Seinfeld how to properly wear a man-scarf below: