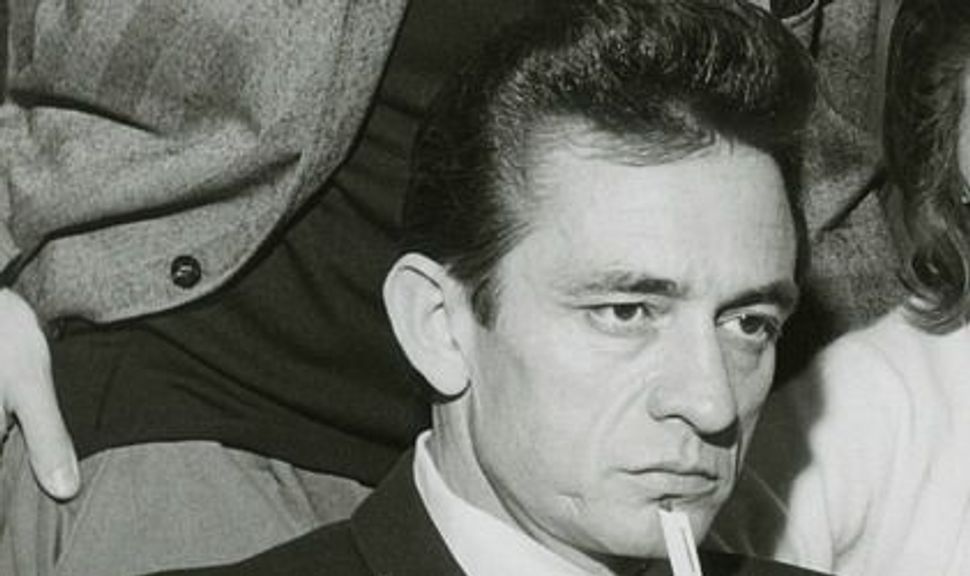 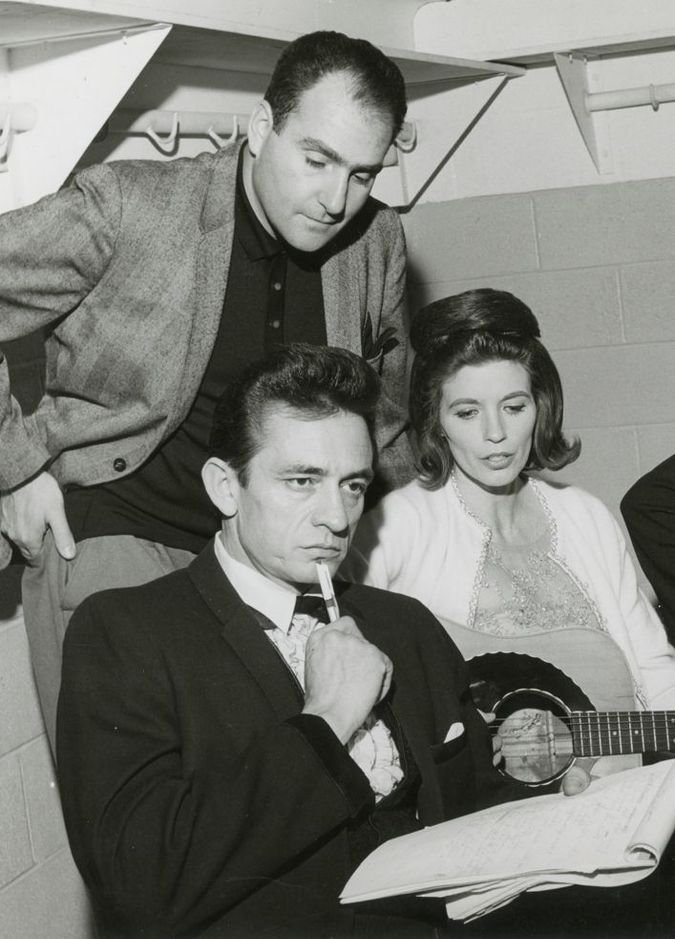 Jonathan Holiff had a tough time growing up. His father was occasionally physically and always emotionally abusive. “If there was a definition of emotionally abusive in the dictionary there’d be a picture of my father next to it,” Holiff says. He quickly adds, though, “You have to put it into the context of the times.”

His father, Saul, is the subject of Jonathan’s documentary, “My Father and the Man in Black,” opening in New York and Los Angeles September 6. The Man in Black is of course country music singer Johnny Cash. Saul was associated with the superstar for 17 years, and for 13 of those as his manager.

The film starts with Saul’s suicide. Eight months later, Jonathan’s mom gives him the key to his father’s storage locker. There the younger Holiff discovers a treasure trove of material, including 60 hours of an audio diary his father recorded as well as phone calls with Cash that Saul secretly recorded, which became the main resource for the movie.

Holiff spoke to The Arty Semite about the “cathartic experience” of making the film, how the combination of Johnny and Saul was “greater than the sum of its parts” and the anti-Semitic comments by June Carter Cash that caused the rupture in their agreement.

Jonathan Holiff: I certainly didn’t like him until after he died. I had an unprecedented opportunity not many children get to know one’s father before and after he died. The audio diary and phone calls allowed me to identify with him, with his business, with his family. And suddenly what for me as a child was a two-dimensional authority figure became a richer, more complex person, albeit a tragic one.

He experienced a great deal of anti-Semitism in London, Ontario, where he grew up.

Absolutely. It’s only touched upon lightly in the movie. He said it was palpable. Non-Jewish kids in school would come up with harmful and hurtful slogans and he was regularly beaten up after school. Once at Halloween my mother had a bag of flour thrown in her face and she was called a dirty Jew. That’s why he was so strong as a self-declared Jew. He may have been secular, but he never missed an opportunity to point out that he was a Jew. Culturally and historically, he instilled those values in his children.

How did he meet up with Cash?

[He eventually opened] a downtown clothing store, Holiff Custom Clothes. His slogan was, if your clothes are not becoming you should be coming to us. He also started promoting concerts on the side. My father only listed to classical music and jazz. So he went to a record store and asked the kids what they were listening to. They told him country music, so he decided to book a band called Johnny Cash and the Tennessee Two.

Your father did a lot to keep Cash on the straight and narrow, bailing him out of jail, getting him dates when most promoters had given up on him. Do you think Saul was responsible for Cash’s success?

The short answer is no. But that’s an over simplification. The combination of these two men was clearly greater than the sum of their parts. Johnny’s said, “When I met Saul, I was quite happy playing dance halls. It was Saul who took me to the next level.”

Did he face anti-Semitism while touring with Johnny, particularly in the South?

The people around [Cash] would constantly rib [my father. They would work the word Jew into everything. They would sneeze and say “ha-Jew.” They would come up with all sorts of ways to get my father’s [dander] up. But my father felt it wasn’t so much anti-Semitism as curiosity. They’d never met a Jew before and would just rib him mercilessly.

But finally June Carter Cash said something that broke the camel’s back. Was she an anti-Semite?

I can’t say that she was. But when John started working with [the Rev. Billy] Graham she asked my dad if he had some problem with Jesus and was only interested in money.

My father said, “I consider that remark anti-Semitic. I should not be expected to attend shows I did not book. I’m giving my notice.” He’d quit johnny four or five times before. He’s the only one to quit a superstar. In Hollywood we wold sooner convert to Scientology than walk away from $1 million a year. This is something I respect about him, this anti-Jewish stereotype. Hs integrity was paramount and when Johnny tried to convert him to Christianity my father couldn’t take it any more. He walked away from all that money and retired at age 49 never to work again.

Listen to an exclusive audio clip from Saul Holiff’s audio diary, about his break with Johnny Cash:

He was 79 when he committed suicide, though still relatively healthy.

My father was a very controlling person. He’d come to a point in his life where he decided on a rational basis that rather than risk becoming incapacitated by Alzheimer’s or a stroke, that he’d lived long enough.

That hit you pretty hard, didn’t it?

I couldn’t get out of bed for a long time. I spent my entire life seeking his approval, determined to become better than my father and then he kills himself, so the approval will never come.

And yet in a strange way, everything seems to have worked out.

No one is more surprised that I am at this place in my life now.

Watch the trailer for ‘My Father and the Man in Black’: