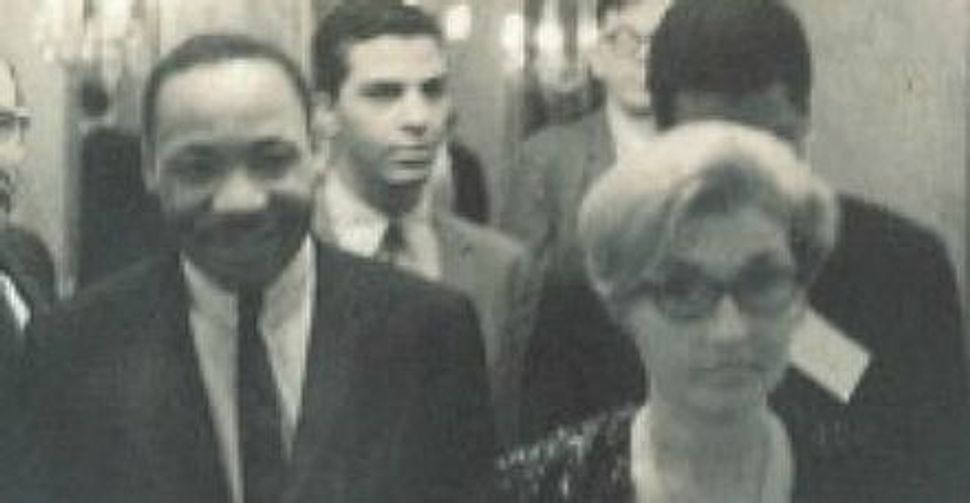 Image by Courtesy of Masha Leon

I met Dr. Martin Luther King, Jr. on June 6, 1967 following his keynote address to several hundred American and foreign authors, publishers and booksellers at the American Booksellers Association’s (ABA—now renamed Book Expo) annual convention at Washington, D.C.’s Shoreham Hotel. Following the dinner, Dr. King, surrounded by security and members of his staff, graciously stopped in the hotel’shallway to chat with me and my husband Joe who managed an impromptu photo-op. 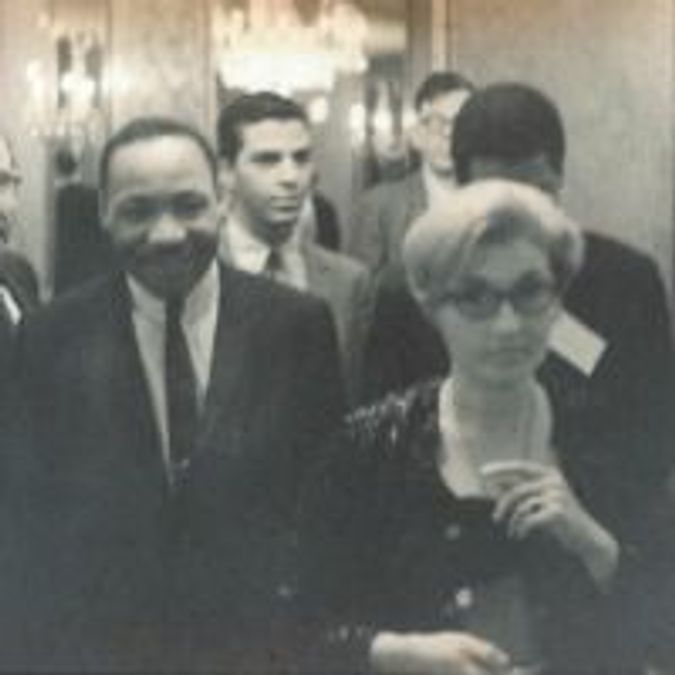 Ms. Norman — who starred in CBS-TV’s ’98 documentary filmed atop Masada on the occasion of the 50th anniversary of the State of Israel, and for decades has performed with the Israel Philharmonic Orchestra — told the gathering: “One’s life is valued as long as one attributes value to the lives of others.” Quoting Simone de Beauvoir, she proclaimed: “Speak up! Speak out! Do one simple profoundnecessary thing to love our neighbor as ourselves in the spirit of Dr. King.”

Pinkas passionately touted Dr. King’s “call for tolerance, civility, pluralism, respect…which America had not extended to the African-American community until Martin Luther King.” Then newly elected JCRC president Ezra Levin recalled his own “revulsion at the humiliating segregation I witnessed in the early 1960’s [as] I was returning from my Army base in Ft. Eustis, Va.” And JCRC vice president “Michael Miller”reminded the guests: “Eleven years ago tonight we were at the first Martin Luther King event here hosted by [then] consul general Uri Savir when we were told that Scuds were falling on Jerusalem!”

But what continues to resonate is JNF president Robert Levine ’s reading of an excerpt from Dr. King’s “Letter to an Anti-Zionist Friend” which ran in a 1967 issue of The Saturday Review. “’You declare my friend, that you do not hate the Jews, you are merely anti-Zionist,’ I say, let the truth ring forth from the high mountain tops, let it echo through the valleys of God’s green earth: When people criticize Zionism, they mean Jews—this is God’s own truth. Anti-Semitism has been and remains a blot on the soul of mankind…so know only this: anti-Zionism is inherently anti-Semitic and will ever be so.’”