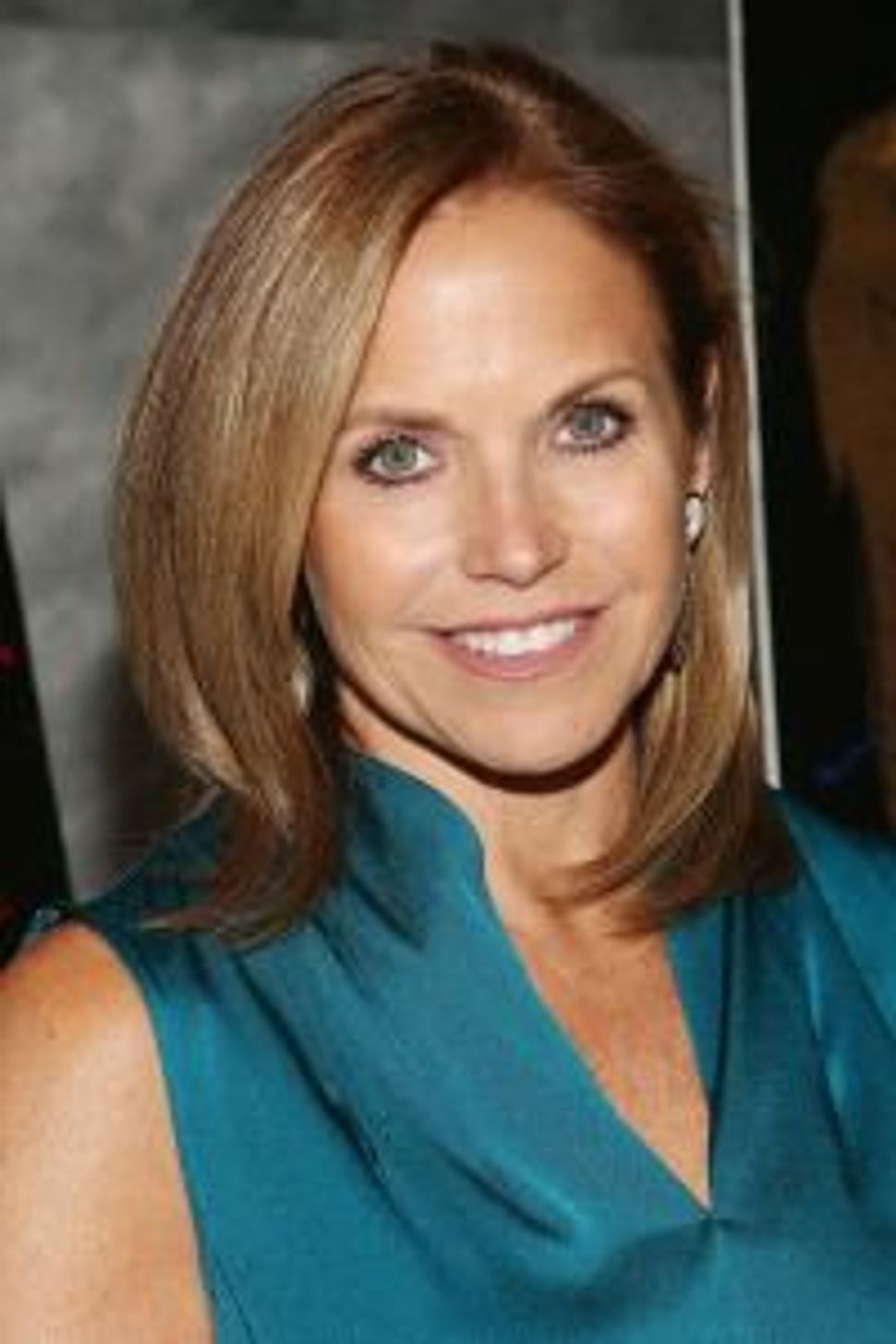 ‘Tis the season for wedding bells…

Couric, 56, accepted after Molner, 50, proposed during the weekend. They have been dating for about two years.

“I can confirm that she is engaged,” Couric’s spokesman Matthew Hiltzik said in an email.

Couric has two daughters with Jay Monahan, who died from colon cancer.

She launched her daytime TV talk show “Katie” in 2012, more than a year after the end of a stint as the first woman solo anchor of a U.S. nightly network news show, “CBS Evening News.” She was also a co-host of NBC’s early morning “Today” news show for 15 years.

Though Couric was raised Presbyterian, her mother was Jewish and her maternal great-grandparents emigrated from Germany.

Molner is head of mergers and acquisitions at Brown Brothers Harriman, a private investment bank in Chicago.