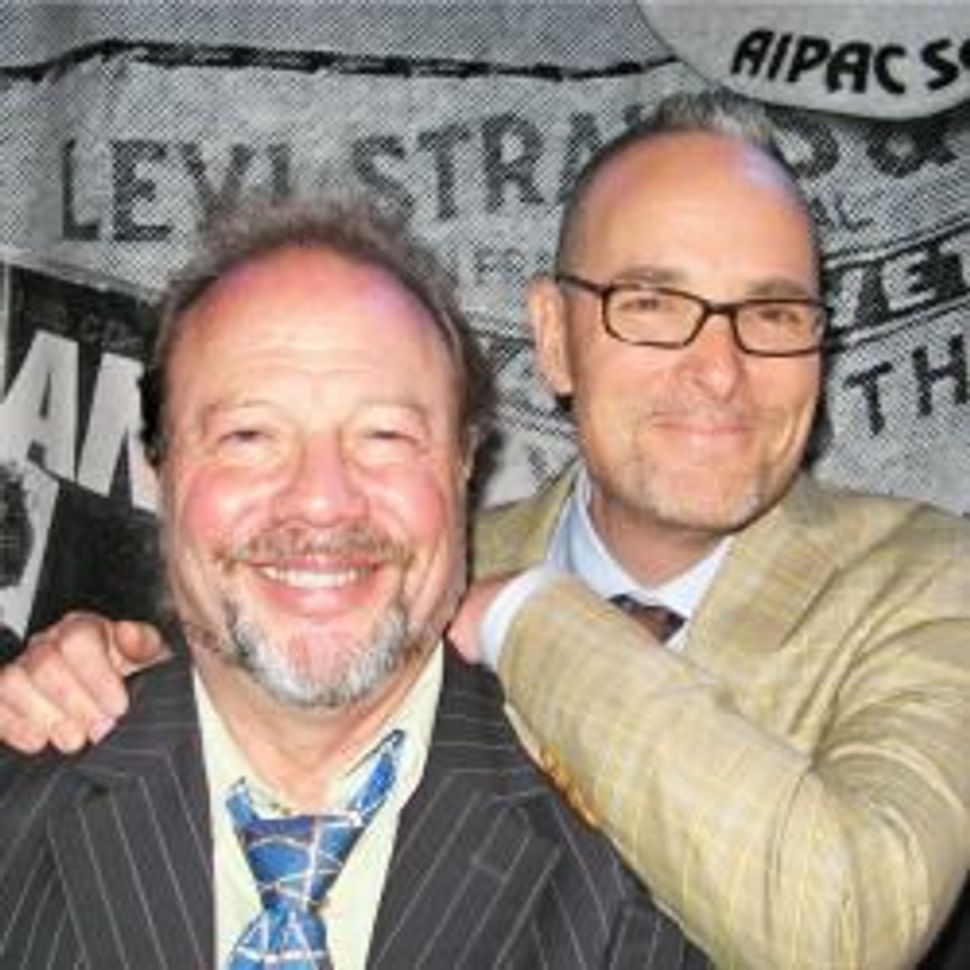 “Still Jewish After All These Years — A Meshugene/Crazy Life in the Theatre” is really a misnomer for Avi Hoffman’s delicious one-man, two-hour bravura autobiographical recitative at Upper West Side’s Stage 72 (formerly the Triad), which delighted the audience.

Spiffy in a well-tailored pin-stripe suit, and a blue silk tie with a Star of David motif, Hoffman — whose spot-on imitation of Jackie Mason would have had the original shaking his head in admiration — covers a near century’s-worth of Yiddish musical theater and American musical memorabilia including English-language inheritors such as Bob Dylan and Billy Joel plus Jacques Brel whom he aces — whose arc proved a surprise cultural eye-opener for my granddaughter Susan Cohen who was with me. 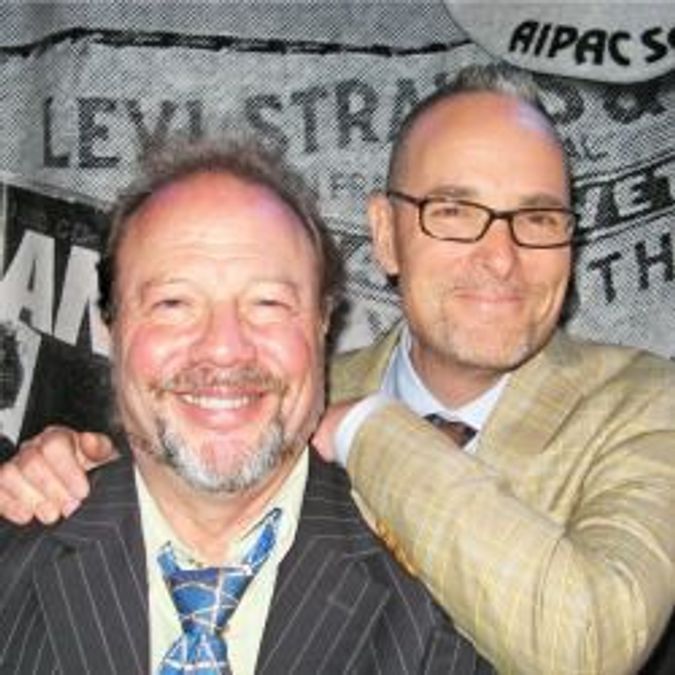 With posters of Dylan and a Levi Strauss logo as a backdrop and accompanied at the piano by his musical director Michael Larsen, Hoffman launches his life story-cum musical rollercoaster with the tale of his [oy!] Caesarian birth, his “Yiddishkeit”- imprinting by his father Mendl Hoffman (a Holocaust survivor) and his born-in-Siberia mother Yiddish playwright and professor of Yiddish Miriam Hoffman (a contributor to the Yiddish Forverts). Avi channeled his trajectory as “a snowbird baby” shuttling on “the Bronx Express” to Florida. At eight he starred in a Folksbiene production of “Tevye” then on to Israel at eleven, back to New York starring in the critically acclaimed landmark productions of “The Golden Land,” and “The Rise of David Levinsky” getting a second wind at stardom in the long-running ‘Fyvush Finkel Follies” and the still unbelievable to him “my amazing luck” of starring in Joseph Papp’s production of “Songs of Paradise.”

At a Q & A Hoffman once told he wrote the original “’Too Jewish’ about my pride in my Jewishness… Yiddish!…when directors would not hire me [because] my name was ‘too Jewish’!” It went on to play 2000 performances and was seen on PBS by one-quarter million viewers around the country. Following in the footsteps of the original “Too Jewish,” Hoffman’s memory lane goodies include recollections of Yiddish stars Menashe Skulnik [a major influence] Bruce Adler, Molly Picon, Mina Bern, Ben Bonus.

Avi Hoffman is among the few authentic —  still young — Yiddish performing artists in our midst who, while a master of mame loshn (the mother tongue) also has contemporary theater credentials.

Go! Laugh! Take your kids, grandkids. And if they don’t experience a nostalgic twinge when Hoffman offers his savory rendition of the “Joe & Paul” radio jingle about buying your son a bar mitzvah suit [on the Forward’s once-upon-a- time] “WEVD the station that speaks your language” it’s a great opener for a “once upon a time” chat.

The show runs through October.