Iddo Goldberg Gets His Big Break 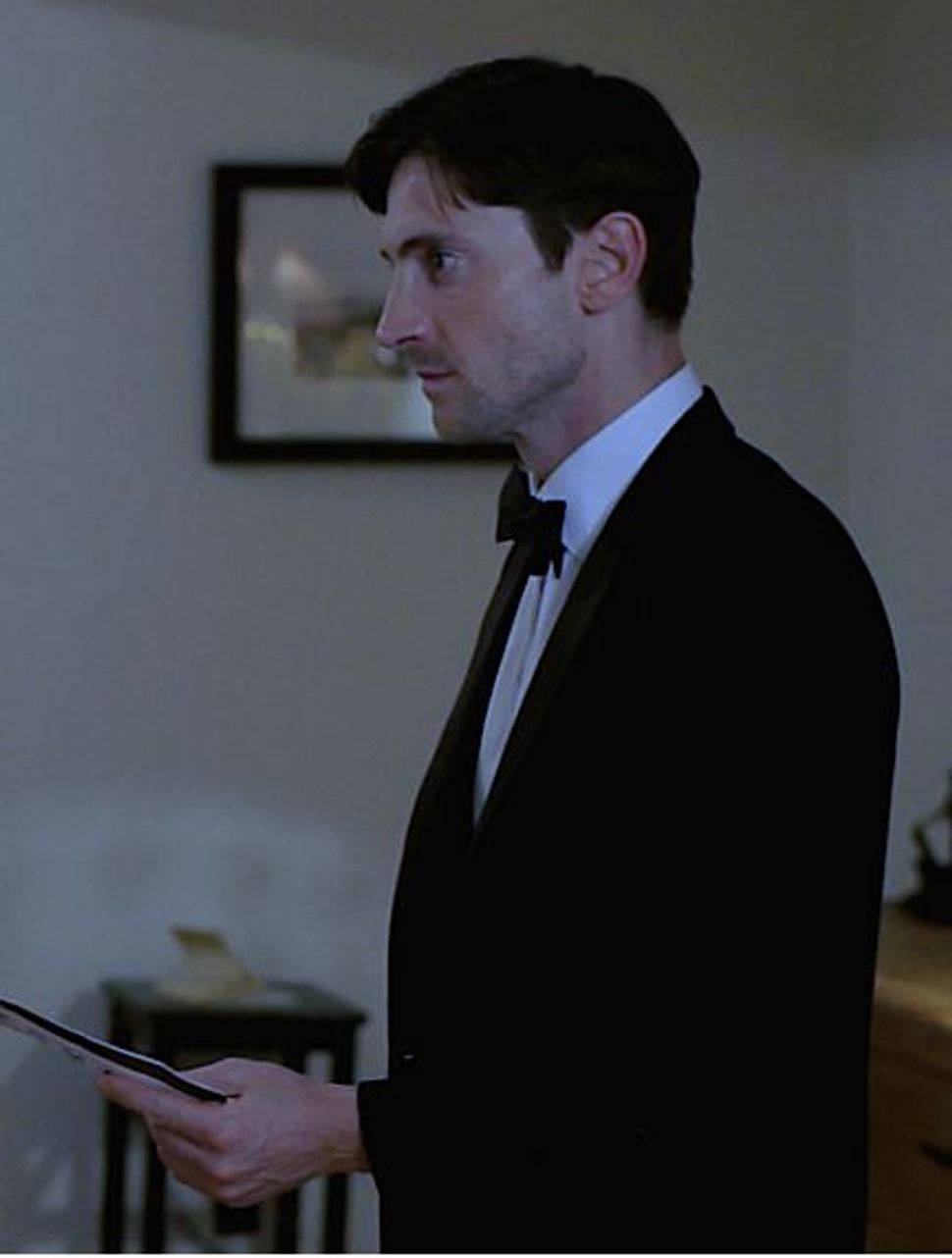 The reason Iddo Goldberg is chatting with The Arty Semite is ostensibly his new film, “And While We Were Here,” opening September 13. But the conversation is less about his co-star Kate Bosworth than about his grandma Luba, who represents Judaism to him.

In the film, the Israeli star plays Leonard, a concert musician booked to play on a beautiful island off Italy’s Amalfi coast. His marriage to Jane (Bosworth), a writer, is strained. While attempting to adapt her grandmother’s World War II stories, she stumbles into a romantic affair with a younger man.

Goldberg spoke to The Arty Semite about Israel, his family and his career.

Curt Schleier: At first, Jane and Leonard seem like an ideal couple. Then there’s a hint of a death that’s never fully explained.

Iddo Goldberg: They’d been trying to have kids for a few years. The director didn’t want to be very specific, but this was the third baby that [was a miscarriage]. The couple really loved each other. But [this] was just tearing them apart. It was too painful to talk about any more. They just tried to ignore it.

This is your first big film lead. What does this mean for your career?

I’m not sure. You can never tell. Next up is a BBC 2 miniseries, “Peaky Blinders.” You should look it up on the web.

It was another British television series, “Secret Diary of a Call Girl,” that sort of launched your career, wasn’t it?

That was one of the things that made it possible for me to come to the States and try my luck here. I always felt an affinity for America, because movies are made here. I am a bit of a dreamer; I always associated America with movies.

Did you always want to be an actor?

I remember when I was 7 or 8, my dad and his brother used to watch “Bonanza” and I’d run around pretending to die and shooting people. But I didn’t do anything in terms of real acting until my teens. I just kind of drifted into it. I did extra work. Got a couple of bit parts here and bit parts there. Took [an acting] class here and there. But I learned when I screwed things up not to do that again. And I always learned by asking.

This was in England. Your bio says you are a British-Israeli actor. What is that?

I was born in Israel in 1975 and we moved to the U.K. when I was 10. My father is from Riga in Latvia. His family had to leave there when he was very young. His family moved to Africa in the mid ‘30s. South Africa was already full with Jews, the quota was full, so they went to northern Rhodesia. He studied architecture in the U.K. After he finished his studies, he went to visit his twin brother who had settled in Israel. That’s when he met my mom. She’s from Jerusalem. My grandma was a big part of my family. She meant Israel to me: her Judaism, her culture.

Did you have a secular upbringing?

I was raised in a secular fashion. My grandmother was very religious. Her father was a rabbi. She was one of the purest people I’ll ever meet. Her Jewish spirit lives in me.

It’s hard to tell on the phone, but it sounds as though you’re tearing up when you speak about her.

I wasn’t tearing up. I think she is one of the most selfless people I’ve ever met. She was part of a group that built Israel, and spanned the eras from selling dried fish to the iPhone. It always felt great when I visited her. There was something very calming about her. She helped me put everything in perspective. I directed a little film called “Luba” about her.

You were young when you moved to England. From a Jewish perspective, did you notice any differences?

I didn’t experience anti-Semitism in a major way. I did have a fight at the first day of school I went to when someone said something derogatory about being Jewish. I had more of a problem when I was working on a film, “Uprising.” My character was connected to the Bund and was in charge of figuring out where all the trains were going. I went to Treblinka. You can’t imagine, it’s just a huge graveyard. So many people were standing there and these two Polish kids were riding around laughing at us. That was the most anti-Semitism I felt in my life. But, to get back to your question, did England feel the same as Israel? No, I’m always going to feel something special in Israel. There’s just something about it.

Watch the trailer for ‘And While We Were Here’:

Iddo Goldberg Gets His Big Break