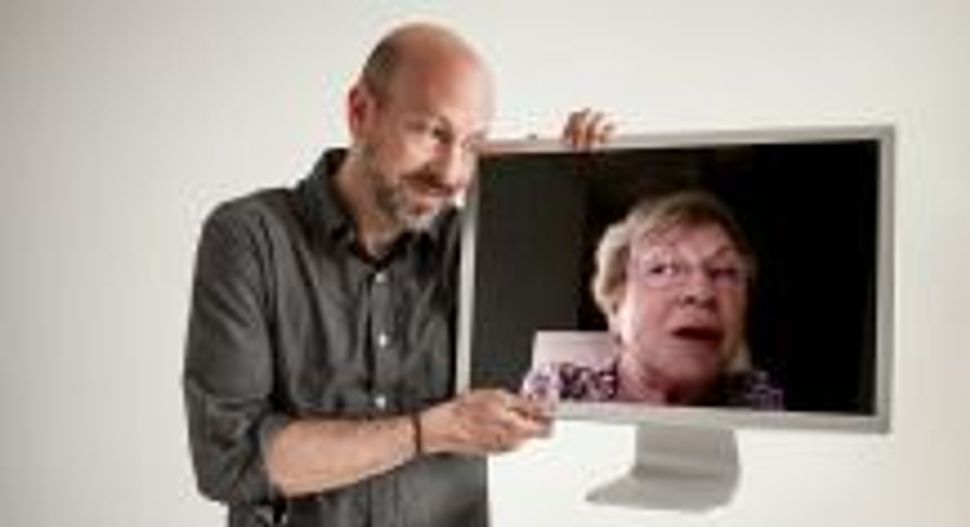 Image by Courtesy of Joshua Seftel 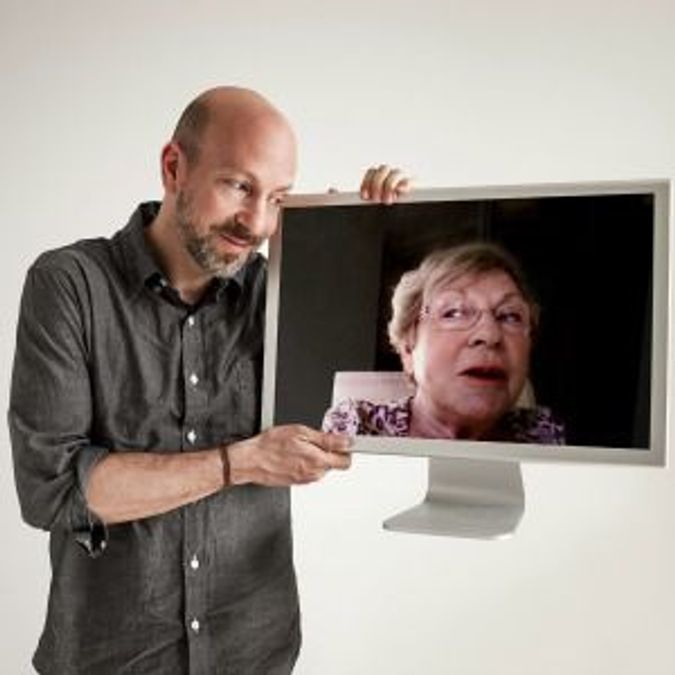 Joshua and Pat Seftel Image by Courtesy of Joshua Seftel

Every winter, Joshua Seftel faced a recurring problem. With his mother migrating to Sarasota, he found it hard to keep in touch. Email was cumbersome and phone conversations were sparse and stunted.

And then came the iPad.

When his father passed away a little over three years ago, Seftel bought his mother a shiny new tablet so they could talk face to face, if not in person. But what started as a fun experiment filming some of their conversations soon evolved into something more meaningful.

Somehow along the way, celebrities made their way into the conversation.

Enter Pat Seftel, one-half of the “My Mom On Movies” web series, who in her filmed FaceTime chats her son, gives her own personal take on Hollywood’s who’s who.

Each conversation revolves around a particular point of interest: Is it kosher (morally) to eat Paula Deen’s fried chicken? Is Denzel Washington aging well? (That particular segment was followed with an apology and a promise of rugelach)

Some things, Seftel already knew. Others, like how much his 76-year-old mother enjoyed reading “Fifty Shades of Grey,” he was surprised to discover.

“I went back and watched the [original] tape, and when we talked about entertainment, not only did she light up, but she knew a lot about it — Which I never realized,” said the 45-year-old filmmaker behind “Taking on the Kennedys,” the award-winning documentary about American campaign politics. “She’s like a sponge, she remembers everything and forms very insightful opinions about what’s going on.”

Though they didn’t set out to make their conversations Jewish-centric, Josh explained the tribal focus just flowed in naturally.

“We’re Jewish and it just seems like that’s where the conversation often goes,” he said. “That’s where a lot of the humor is and that’s kind of our world view. [The story is] a Jewish mother and her son, which is an age old archetype.”

For Pat, being a Jewish mom is just what she does best. “That is true, that is what I am,” she said in a phone interview with Josh. “I guess it’s always been a big part of our lifestyle and it’s worked its way into conversation. “

Raised in Conservative household in Schenectady, New York, Josh noted that Jewish identity was central to his upbringing.

“It was really important to my husband,” Pat added. [He] came from an Orthodox background that we practice and celebrate our holidays and that our children know who they are.”

Beyond the project’s lighthearted core, Josh hopes the series will serve as a template for those trying to break down barriers when it comes to talking with parents. But more than that, he notes it gives a less-media savvy generation a voice in an increasingly loud and crowded webiverse.

“It’s hard in the popular media to find the perspective of an older woman, and [especially] an older Jewish woman. I think there’s a lot of value in hearing what a Jewish mother has to say about these kinds of things.”

And like any Jewish mother, Pat is ready to help — and whip those in need into shape.

One of the early segments was devoted to a discussion regarding whether or not the writer and creator of “Girls” could have a Jewish burial because of her tattoos. After research and consultation with her rabbi, Pat has given her the OK.

“So,”I asked her, “Lena Dunham’s mom has nothing to worry about?”

“Maybe she does, but about other things,” she deadpanned.

When tough love doesn’t work, she moves on to the real weapons: food. Sometimes, all a person needs to set them straight is a steaming bowl of chicken soup. So which celebrity is most in need of an intravenous dose?

“I’ll tell you Alec Baldwin could use a little help,” she said. “He’s really not quite in control of his emotions and I think he could use a loving Jewish mom who would set him straight.”

“My Mom on Movies’ is available on Youtube. Watch Pat fret over Lena Dunham’s burial prospects below: