A Comedy by, About and Starring Lawyers 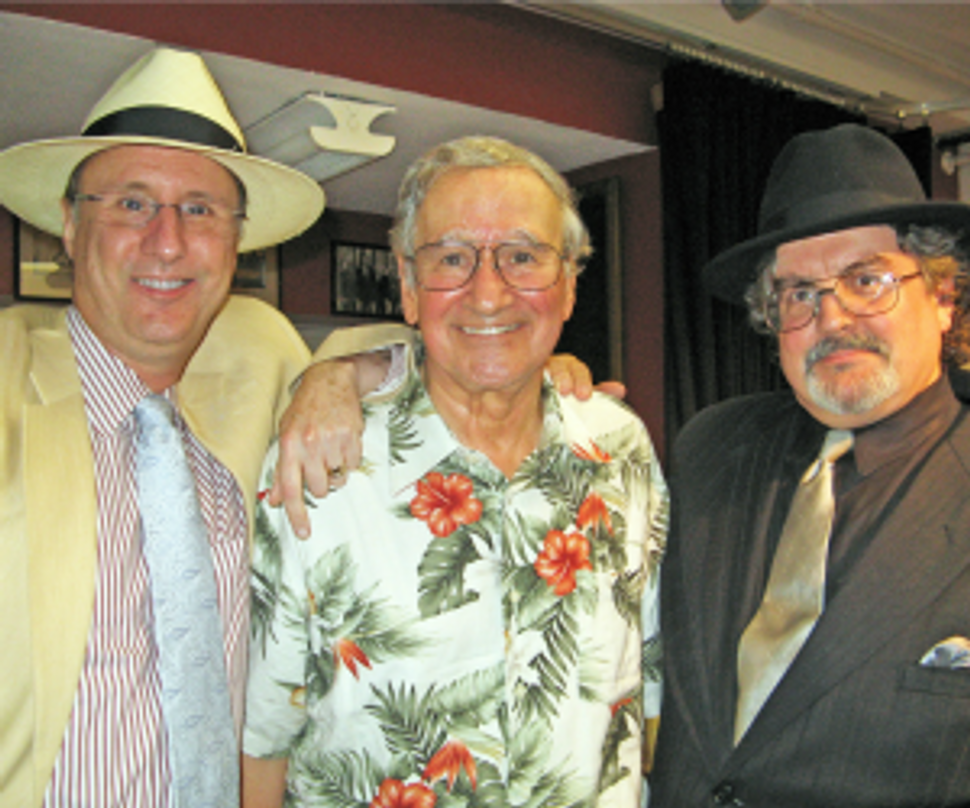 “I got my show business through a needle,” Myron Cohen, a former litigator [no relation to legendary comic-raconteur and Ed Sullivan regular Myron Cohen] told me following the August 28 launch at The Lambs of his most recent production —“The Ghost Writer—A Comedy.“

Author and director of the New York Bar’s “12th Nite Performances” since 1973, Cohen also stars in this convoluted chuckler about [his character] — Roger, an honest, married lawyer — who unwittingly becomes entangled with the sexy “ghostwriter” of his memoirs who is in bed — so-to-speak — with a cast of goodfellas right out of “Guys and Dolls.”

When I asked Cohen — a/k/a/ “Mike” — how he got bitten by the writing bug and what kind of “needle” he was referring to, he said: “After retiring…I played golf for the first month and then went out of my mind!” Apropos “needle.My grandfather from Russia was a theatrical tailor in the ‘20’s and ‘30’s in Boston… I put myself through Harvard as a stand-up comic and I have been writing shows [akin to] ‘This Is Your Life’ sketches of everybody from [Justice “Antonin] Scalia” to mayors [John] Lindsay and [Ed] Koch.”

Samuel Bartos, who plays Joe — who with fellow “goodfella” Kevin Nolan (Vinnie) strong arm Cohen’s character Roger — told me during our post-performance chat that “my father was a Yiddish maven [who] wrote all the jokes in the ‘Treasury of Jewish Folklore’. He also worked for the Forward.” With degrees from Amherst College, Yale School of Music and Cardozo Law School, Bartos — a professional singer since childhood and a Steinway Artist — continues to straddle both the legal and musical orbits.

With a multi-generational cast of thirteen (lawyers, litigators, judges, law students, district attorneys), stage-managed by Jane Shufer (an Agency Attorney in the Torts Division of the New York City Transit Authority), plus the exquisite accompaniment by Vladivostok-born, Moscow Conservatory and Juilliard-trained violinist Larisa Shahmatova, whose performances include venues in the Lower East Side, my verdict is in.

A Comedy by, About and Starring Lawyers