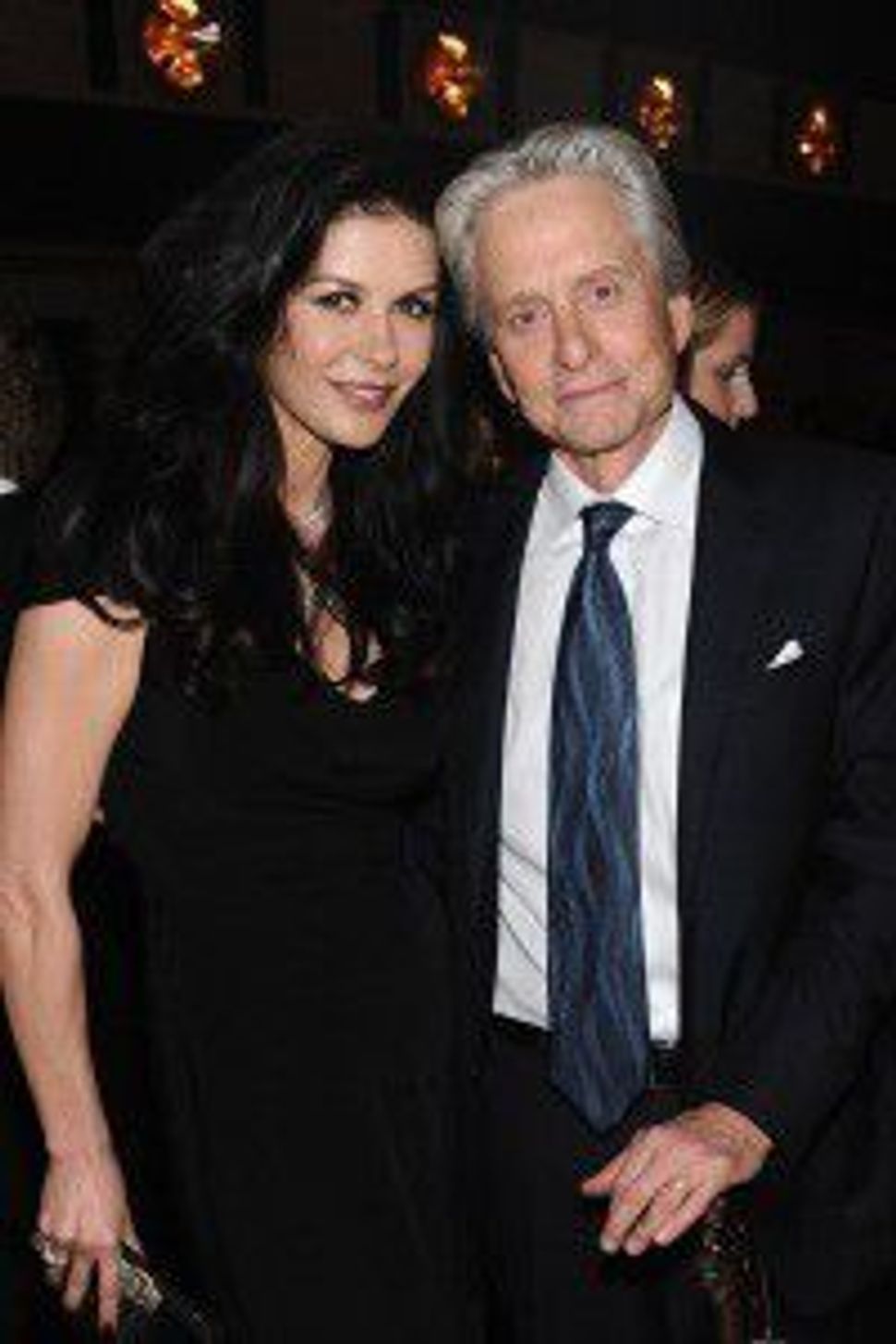 When your marriage hits splitsville, it’s perfectly understandable to need a friendly shoulder to cry on.

For Michael Douglas, who recently announced his split with actress Catherine Zeta-Jones, that shoulder belongs to 83-year-old billionaire George Soros.

Douglas and Zeta-Jones, together since 1999, announced in August that they were — to quote “Friends” — “on a break.” Since then, no papers have been filed and Jones is reportedly still sporting her wedding ring.

In any case, you gotta love a bromance. But according to the Huffington Post, Soros is getting married soon, so Douglas may have to find a new partner-in-crime to get him through his post-breakup ice cream binge.