‘Jewtopia’ Isn’t the Jewish Utopia We Were Looking For 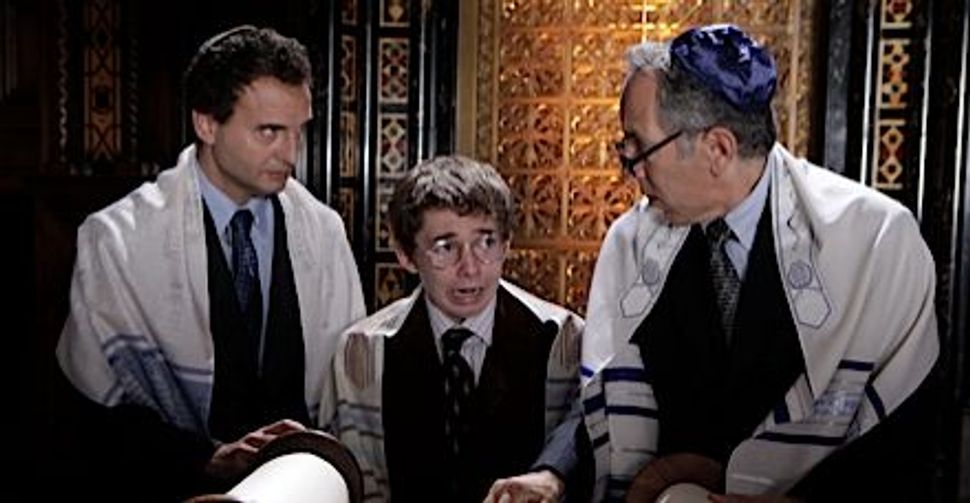 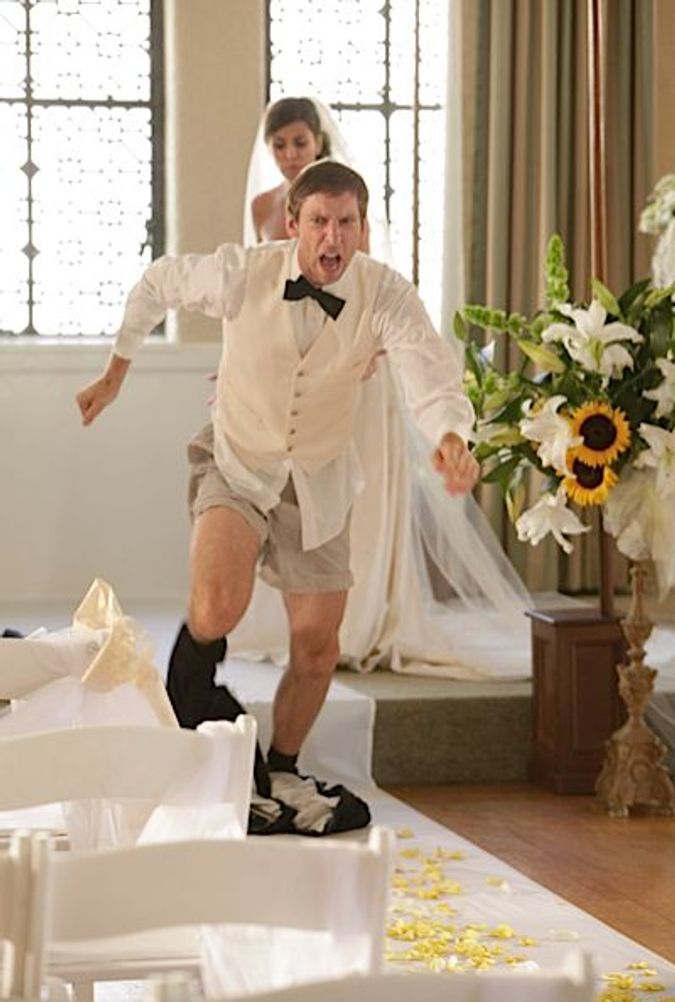 One of the toughest tickets on Broadway today is “Book of Mormon,” the hilarious spoof on the Church of Latter Day Saints. It is a hoot. But I distinctly remember how uncomfortable I was as I watched, even while laughing out loud.

My personal litmus test in these situations is, what if the writers were making fun of me? Would I still be laughing?

Those of you who want to find what it feels like when you’re the target of jokes need only attend a screening of “Jewtopia,” which opens in select cities around the country September 20. Based on the play of the same name it is a sad exercise in self-mockery that uses virtually every stereotype to ridicule Jewish characters.

Actually, they’re more like caricatures. There isn’t a full-blooded character to be found anywhere. If the script were written by non-Jews, the ADL would be screaming, and with good cause.

Writers Bryan Fogel (who also directed) and Sam Wolfson actually started out with a potentially engaging concept. Christian O’Connell, who is not Christian in name alone, dated a Jewish girl in college who made all decisions for him. She broke up with Chris at graduation when they were about to enter “the real world,” where, of course, she’d marry a Jew.

More than a decade later, O’Connell, now a plumber (what, you expect a gentile college graduate to be a lawyer?), still pines for those old days, when someone dictated what he wore, what he ate, even whom he hung out with. So he attends a Jewish mixer, where he meets Alison Marks (Jennifer Love Hewitt). He tells her he is a Jewish doctor, Avi Rosenberg. Caught in a trap he set for himself, O’Connell contacts a childhood friend, Adam Lipschitz (Joel David Moore) for advice on how to act Jewish. Adam teaches him some Yiddish words and offers guidance on how to act on a date:

Never be happy with the first table the maitre d’ takes you to. Don’t order off a menu; always make special requests. And return the dish to the kitchen every time because it is unfailingly too hot, too cold, or is not what you ordered.

Adam has a problem of his own. He’s engaged to Hannah (Jamie-Lynn Sigler), who is already furnishing a baby’s suite complete with safe room and escape passageway. He’s been pushed into dating only Jewish girls, pressure that has resulted in panic attacks that caused him to strip on the bimah at his bar mitzvah.

If the film is to be believed, all Jewish women are pushy and all Jewish men are weak. Frankly, I’m not certain what bothers me more: the misogyny or stupidity. Is it funny to have Latin workers tell Chris: “Jew no Jew”? Is it funny for Hannah, a gynecologist and the daughter of two gynecologists, to decide she’s unhappy with her vagina and undergo a vaginoplasty? Does it make sense that Chris tries to impress Alison by telling her she has “the hottest little Jewish beak ever” and then yelling at the bandstand, “Nobody plays jazz better than schvartzes”?

Jews aren’t the only ones skewered. The few Christians in the film (Christian’s family, as it happens) are portrayed as gun-loving hunters who argue mostly about who gets to “pull the rectum” out of whatever animal they kill.

The film has a surprising number of actors with substantial name recognition (if not recent major credits): Jon Lovitz, Tom Arnold, Camryn Manheim, Nicolette Sheridan and Phil Rosenthal among them. I take that to be less a comment on the quality of the script than the Hollywood economy.

Even Rita Wilson has a role, as Adam’s mom. Rita: Take heed of what you learn here. Convert to Judaism and immediately commence to nag hubby Tom Hanks to getting you work in his films.

I saw the play “Jewtopia” in New York and did not like it at all. I’d hoped that by opening up for film (and presumably a wider audience), the filmmakers would take out much of what I thought offensive. Apparently, hoping does not make it so.

Watch the trailer for ‘Jewtopia’:

‘Jewtopia’ Isn’t the Jewish Utopia We Were Looking For