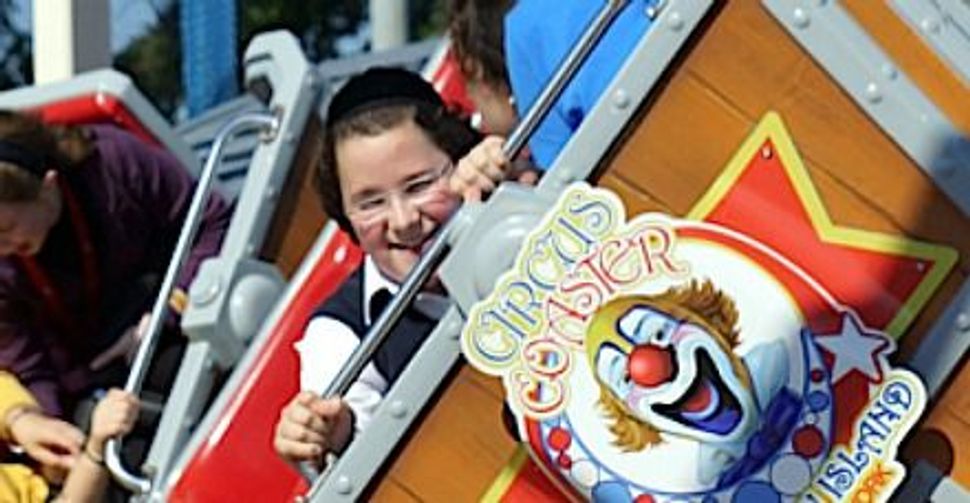 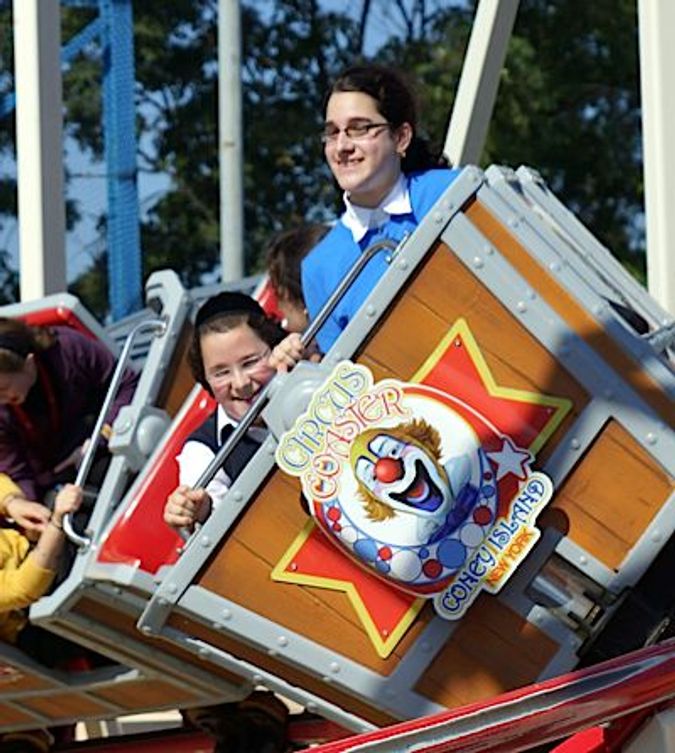 But that is exactly what it will be from September 21 to 25, when the amusement park plays host to its second Sukkot celebration, featuring a huge thatched Sukkah where Jews will gather to eat kosher popcorn, pizza, and other goodies. In the background the clang, clatter, and tinny music of 28 rides will fill the air.

“Brooklyn has a large Jewish community and Luna Park strives to serve all New Yorkers,” said Valerio Ferrari, president of Central Amusement International (CAI), a subsidiary of Italian ride manufacturer Zamperla, which oversaw the revitalization of Coney Island’s amusement park. “From our first year, we knew that Sukkot was a holiday that we would like to celebrate in the park. Many families find Sukkot a great time to vacation together and Luna Park is a perfect one-day trip for families.”

Interestingly, the religious community stands behind the idea. At a Brooklyn-based Orthodox synagogue a knowledgeable lay person — who did not wish to be identified — explained that Jewish families would ideally study and celebrate in the synagogue. But the holiday also encourages freedom and happiness.

Traditionally that meant meat and wine at meals, new clothes, and candy for children, he pointed out. But since those pleasures don’t have the traction they once did, the amusement park setting is a contemporary accommodation, and as long as the dietary laws are observed, the unlikely scene is not in violation of the holiday’s spirit.

Indeed, Ferrari speculates that the majority of visitors last year were Orthodox Jews. However, since the festivities are open to anyone who would like to celebrate, it’s hard to calibrate precise numbers. “We don’t know how many people came last year specifically to celebrate Sukkot,” he said. “As was the case last year we anticipate a great, full event.”