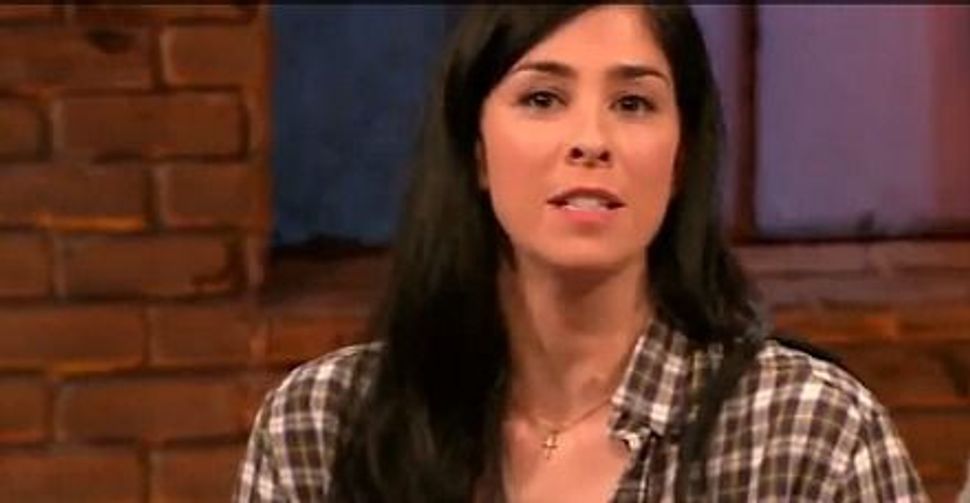 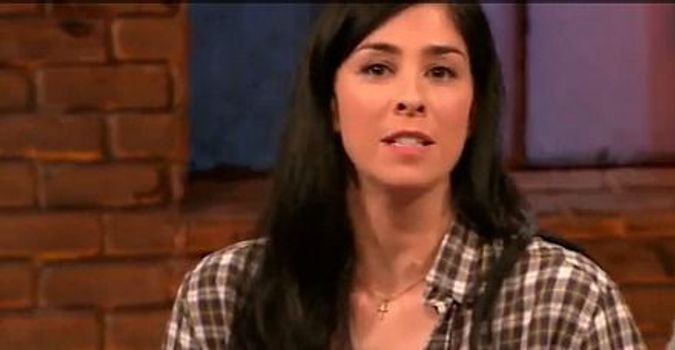 As usual, she was wonderful. But in between quips about the James Franco roast, and how she is actually genuinely hurt by jokes about her age, one couldn’t help but zoom in on the very unusual piece of jewelry hanging by a delicate chain around her neck (especially after Heeb posted an enlarged version of it).

Why is Sarah Silverman wearing a crucifix?

Maybe she’s just reminding us that “Jesus is Magic.”. After, she did launch the conversation with a reminder that as a Jew, she has tribal approval to tell Jew jokes.