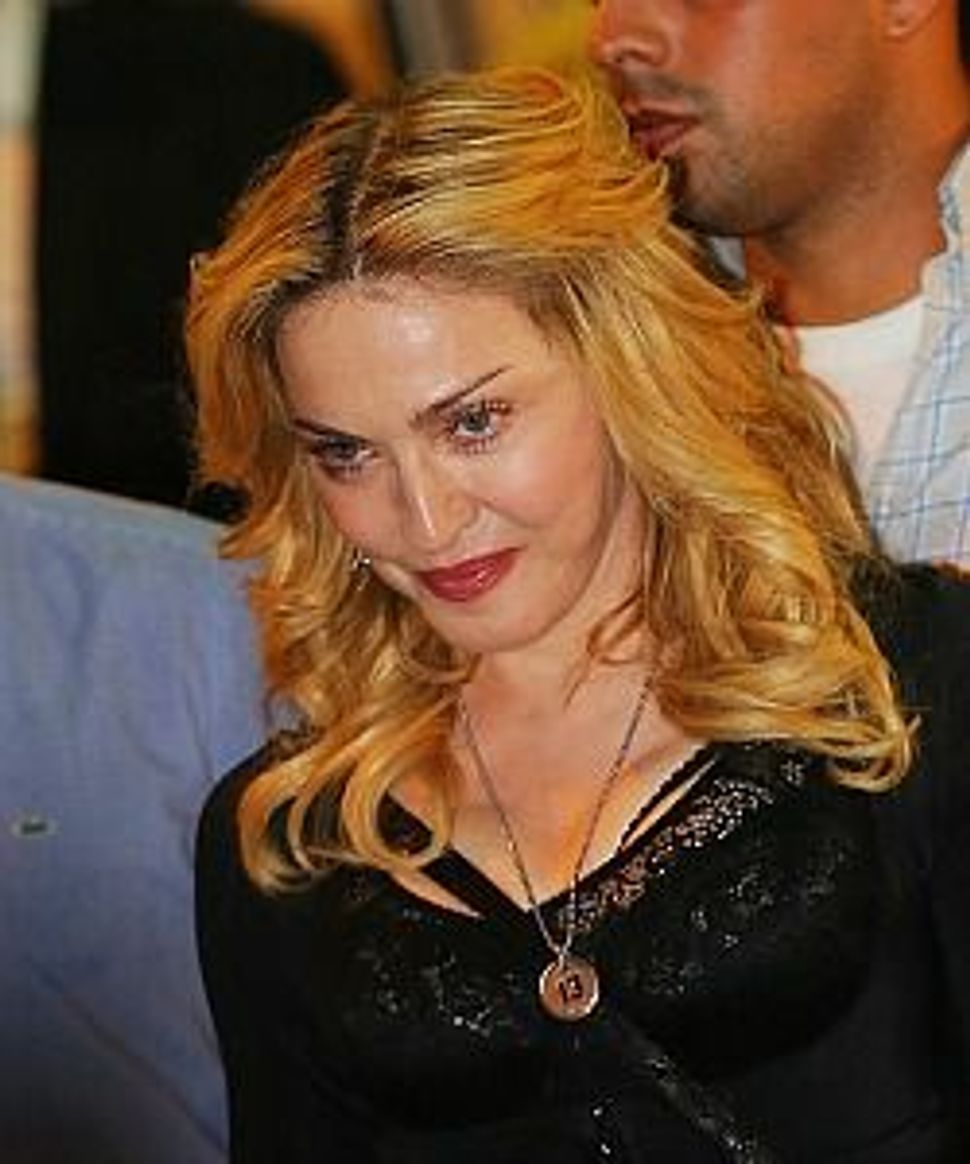 Madonna, one of the world’s most prominent Kabbalah followers, decided to skip the funeral of mentor Rabbi Philip Berg — and instead attended a joyous memorial in New York.

The mystic Material Girl joined other followers of Berg at kosher hot spot Prime at the Bentley hotel in Manhattan, the New York Post reported.

The paper reported that the superstar’s SUV pulled onto the sidewalk oustide the East Side restaurant, so she could sneak in, with her head completely wrapped in the scarf.

Madonna addressed Berg’s death at the event inside, telling the crowd that the late kabbalah master would not want them to mourn.

“Rabbi Berg would not want us to be sad, he would want us to celebrate Sukkot,” she said before praying and dancing with her kids Lourdes, David and Rocco.

Other A-list celebs, including Mila Kunis and Ashton Kutcher, journeyed to the Israeli city of Safed for Berg’s funeral.