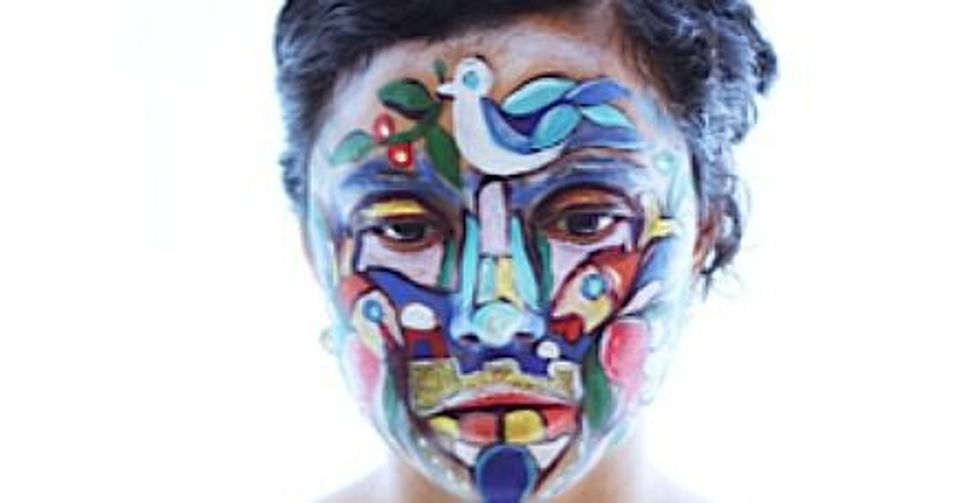 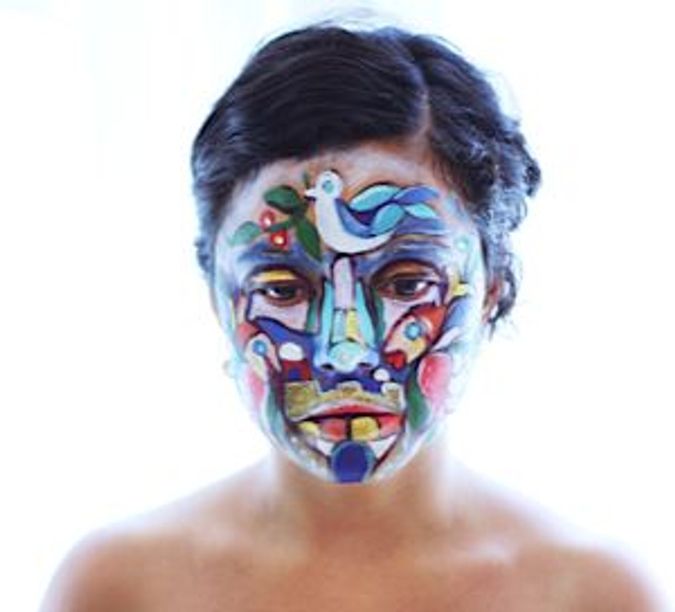 ?My Daughter? by Neta Elkayam and Michael Elkayam. Photo by Amit Shai Cohen.

All joking aside, it was no easy task to put together six simultaneous exhibitions of contemporary Jewish art in the Holy City. Having decided three years ago to study art at the Bezalel Academy of Art and Design, after completing an MA in economics, the 33-year-old Ozeri was looking for a way to bring together his two major interests. Then, he got the idea for a Jerusalem biennale when he visited the Berlin Biennale in 2010.

“I kept the idea on a low fire, and then I started working seriously on it beginning last November. The past few months, the work became very intensive,” Ozeri explained in a phone interview with The Arty Semite.

Ozeri put together a team of curators from various disciplines including design, photography, installation art, fine arts, dance, and music. The goal was to represent all of these, but to also make certain that different Jewish streams, backgrounds and approaches would be included.

Rather than issuing an open call, the curators reached out to their circles and invited artists to participate. More than 50 artists, mainly from Israel but also some from other countries, are participating in the six exhibitions being held at five different locations around Jerusalem.

“It was not an easy task to bring all the curators together at the same table,” Ozeri said. “There were points at which some of them almost quit the project due to creative differences and religious sensitivities.” The issue of nudity caused tension between secular and religious curators. “On one hand, we cannot censor curators, but we also need to understand the sensitivities involved,” Ozeri said. “Fortunately, in the end, the curator who wanted to include nudity backed down.”

Ultimately, there is something by and for everybody. For instance, the “My Soul Thirsts” exhibition at the Wolfson Museum of Jewish Art at Hechal Shlomo features work by ultra-Orthodox artists; “Thread of Gold” at Beit AVI CHAI is a show exploring Jewish-Moroccan identity by father-daughter team Michael and Neta Elkayam; and the photos of Tel Aviv-based, secular photojournalist Ziv Koren can be viewed at The First Station, Jerusalem’s newly renovated old train station.

The producer deflects any concern that the Jerusalem Biennale comes on the heels of a busy summer of arts and culture in Jerusalem, which included The Jerusalem Film Festival and the Jerusalem Season of Culture. “What the Biennale offers is variety — six exhibitions happening simultaneously. You can jump from one location to another, and it’s a world of Jewish content,” Ozeri asserted.

“Jerusalem has never had such an event,” he continued. “The timing is actually excellent, with so many Israelis coming to Jerusalem for Sukkot, and all the Jewish and non-Jewish tourists who come to Jerusalem this time of year. We are expecting new crowds, not just the usual fans of contemporary art.”

Ozeri, a lifelong Jerusalemite, is proud to be bringing the first biennale to his city. He had more to say about this, but he had to cut the conversation short — he was off to another one of the biennale’s many opening events.

Watch a video about the Jerusalem Biennale: