‘The Goldbergs’ Disappoints With ’80s Nostalgia 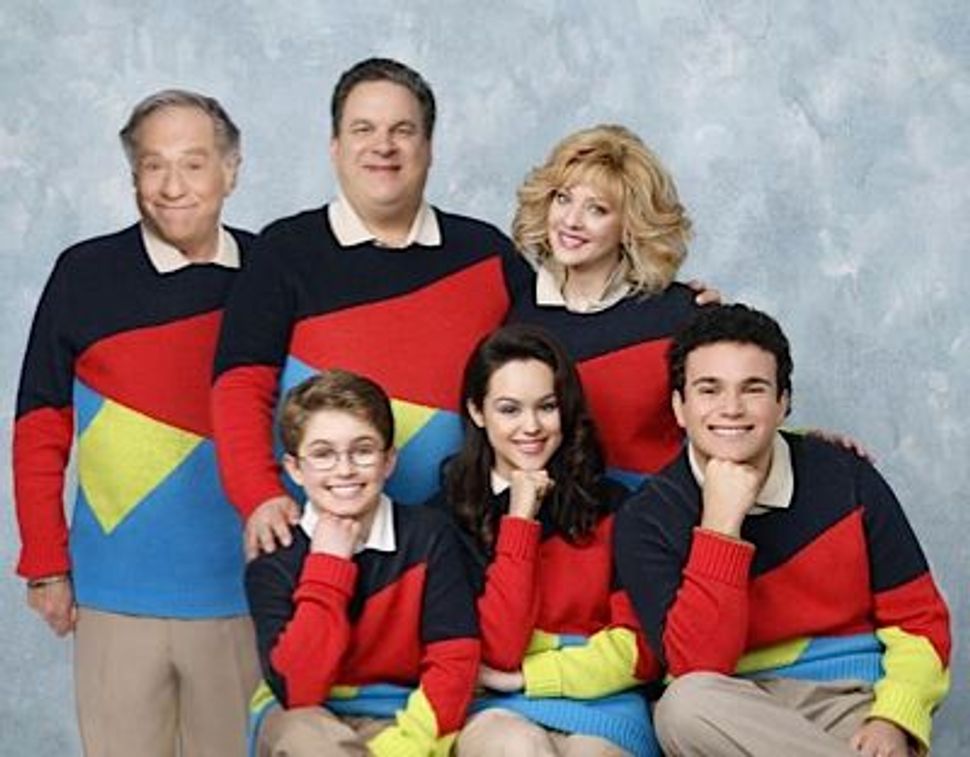 (JTA) — Some were psyched for the nostalgia of “The Goldbergs,” a new ABC sitcom about a boisterous, outspoken American family set in the 1980s.

But the September 24 premiere was a little too loaded with references to that neon-colored, big-haired decade — think REO Speedwagon, Sam Goody, hair crimping and rabbit tail key chains. 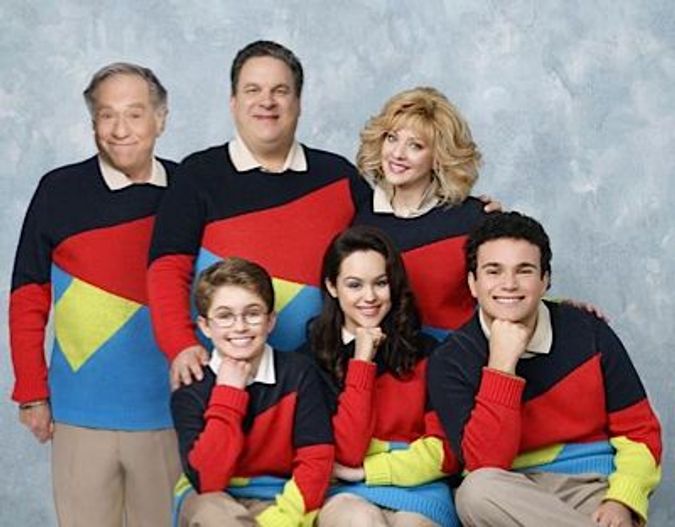 Such period gags aside, early on it looks in many ways to be just another formulaic sitcom. There’s Beverly (Wendi McLendon-Covey), the clan’s overbearing mom; Murray (Jeff Garlin), her brash on the outside/soft on the inside husband; and their three kids. Erica (Hayley Orrantia) is pretty and she knows it, Barry (Troy Gentile) is high-strung and Adam (Sean Giambrone) is a precocious cutie pie who records the family’s histrionics on his clunky old-school video camera.

In typical family comedy fashion, they find one another incredibly frustrating, but underneath it all there’s lots and lots of love.

Folks have been comparing “The Goldbergs” to “The Wonder Years,” and with good reason. Both are time capsules containing family stories told from the innocent-yet-knowing perspective of their clans’ youngest members.

But even deeper in the archives is another comparison: The first incarnation of “The Goldbergs,” which premiered on the radio in 1929 and moved to television in 1949 for an eight-year run.

The modern version is not a remake of the original, which was the brainchild of writer-actress Gertrude Berg. The 2013 show is an autobiographical project from creator Adam Goldberg, who as a kid actually did videotape his family.

And, of course, what it means to be Jewish in America has changed drastically over the past few decades. The new Goldbergs live in the suburbs instead of a Bronx tenement. Mom and dad don’t speak with Eastern European accents or have a hard time reading English. And Pops, the eldest modern Goldberg, with his track suit and swinger talk, is a far cry from suspender-clad, Old World Uncle David.

Hollywood has changed, too. The original Goldbergs were among the first Jewish characters on television. Today our new friends are entering a landscape paved by the likes of Jerry Seinfeld, Ari Gold, Larry David, Kyle from “South Park” and, most recently, Larry Bloom from “Orange Is the New Black.”

In this way, “The Goldbergs” redux is less like “The Wonder Years” and more like “The Cosby Show,” which showed much of the TV-watching public that just because a family comes from a different cultural background, they still fight, make up and wear bad sweaters.

It’s tempting to say that “The Goldbergs” is not nearly as groundbreaking or funny as “The Cosby Show” or “The Wonder Years.” Nor is it as important as the original. But after one episode, that really isn’t fair.

Hopefully as the season progresses, the show will handle its nostalgia impulse with a little more subtlety and the characters lose a lot of their caricature-like elements.

Watch a trailer for ‘The Goldbergs’:

‘The Goldbergs’ Disappoints With ’80s Nostalgia