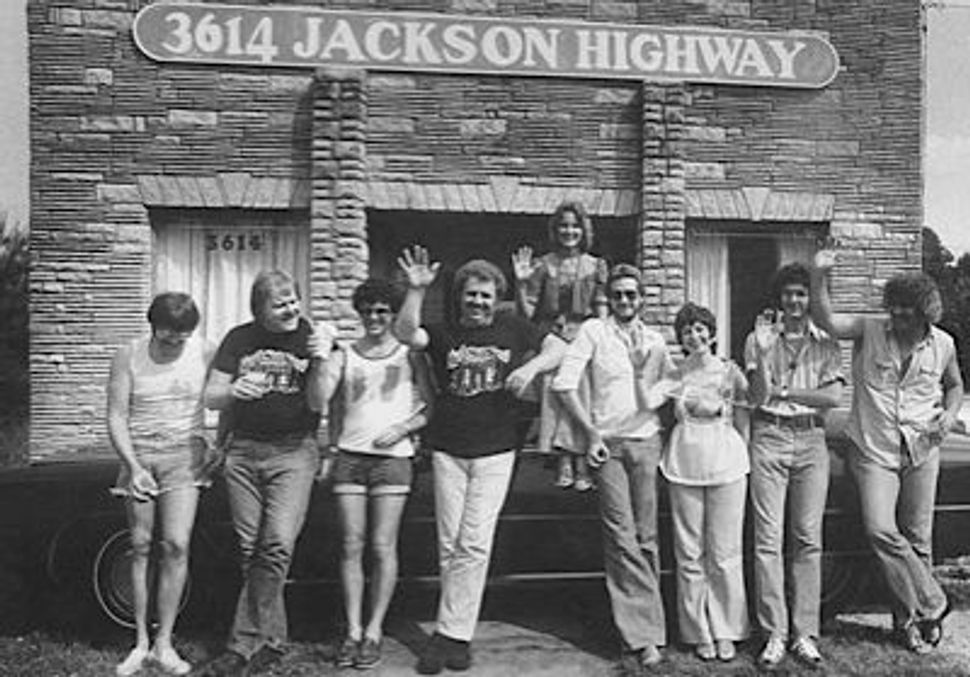 At first, Jerry Wexler (1917–2008) was bupkes. But eventually he became the king of the music biz and even coined the phrase, “rhythm and blues.” In the 1960s, he wanted in on the “Muscle Shoals Sound,” which was named for a small town in Alabama where hit records were coming out of Rick Hall’s FAME Studios. 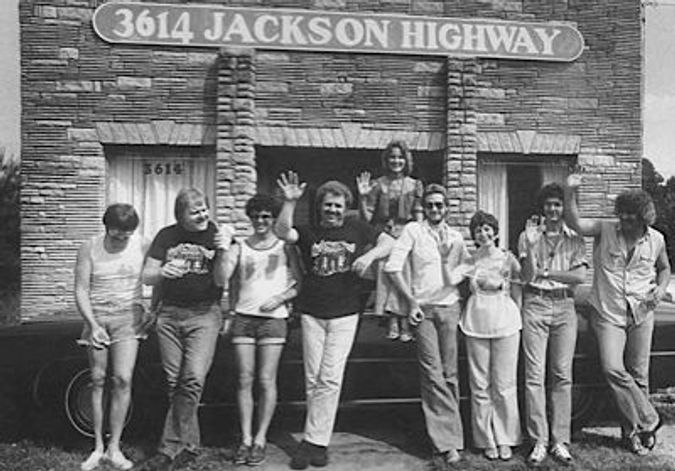 The documentary “Muscle Shoals,” in theaters September 27, tells the story of this tiny recording studio that launched so many hit records. The film features Mick Jagger, Keith Richards, Percy Sledge, Gregg Allman, Jimmy Cliff, Clarence Carter, Etta James, Alicia Keys and Bono, but the most fascinating segments are of Jerry Wexler. These scenes are intercut with Rick Hall’s riveting tale about one night spent with Wexler himself. Hall sat down with The Arty Semite to tell the tale.

Dorri Olds: How did you first meet Jerry Wexler?

Rick Hall: Jerry Wexler was the biggest record company guru in the world. I started FAME here, in a little bitty town of a thousand people and the studio was a cinder block building sitting in the middle of a cotton patch. Jerry told me to call him if I ever had a hit to record. I called him and played him our recording of Percy Sledge singing “When a Man Loves a Woman.” And Jerry said okay. My stock went sky high with Wexler after this single went number one worldwide. Jerry called one day and said, “Can I bring Wilson Pickett down and make some records?” which we did.

How were things with Wilson Pickett?

We were soul brothers. In the studio we were color blind, even though it was Alabama. Everything was just roses with Jerry. I became his right hand man. People started making their connections with Jerry through me. I had it all sewed up.

One day Jerry called and said, “I’m thinking about signing a new act. Aretha Franklin is with CBS and it’s not happening. They can’t sell her records.” Jerry wanted to come to Muscle Shoals with Aretha and her husband, Ted White. And all was fine and good, until Ted came in while I was recording Aretha and said, “I want the trumpet player fired. He’s making passes at my wife.” So I talked to Jerry who said, “So, fire him.” So I fired him.

Why do you think Ted got so upset?

Ted was on the bottle and three hours later he was drunk and said, “I want the saxophone player fired.” I could see the whole band being fired. I went back to Jerry and said, “What do you think?” He said, “Fire him.” So I did. Everybody was getting uptight so we called the session off after two songs. They both went to number one.

One was Aretha’s first number one hit, “I Never Loved a Man (The Way I Love You).” By the time we called the session off I was a nervous wreck. So, I said to Jerry, “I’ve got to have a couple of drinks,” so I drank a toot. Then I said, “I’m going to go over to the hotel and straighten this out.” Wexler said, “Oh, please no. You’re gonna blow the whole thing and I’ll lose Aretha.” I said, “I’m not going to cause any trouble. I’m going to have another drink and go over there. Ted and I will sit down and have a drink together and we’ll talk this thing out and everything will be cool.” Jerry said, “Please don’t go.” After Jerry left, I went over there. I knocked on the door.

Oh yeah, Ted came to the door and he started pointing his finger in my face and we started doing battle, real fisticuffs. We fought and fought. He was trying to throw me over the fourth floor balcony and I was trying to throw him. Ted and Aretha left town the next day.

How did Jerry react?

The next morning Jerry said, “I will never set foot in this studio again as long as I live. I will bury you.” I said, “You can’t bury me.” He said, “Why not?” and I said, “Because you’re too old, I’ll be around after you’re gone.”

Yeah, Jerry died in 2008 at age 91. I’m still here. [Smiles] Jerry took Aretha away and contacted my band and offered them money to build a studio and be my competitor. I felt like I’d been screwed. So I went over to Chess records and I got Etta James. I went on to record band after band and make hit after hit. So it worked out.

Are you still bitter?

No, not at all. Jerry and I made peace a long time ago. I love him with all my heart. We were really good friends until he died.

Watch the trailer for ‘Muscle Shoals’: