Pulitzer-Winning Playwright Gets Another Chance 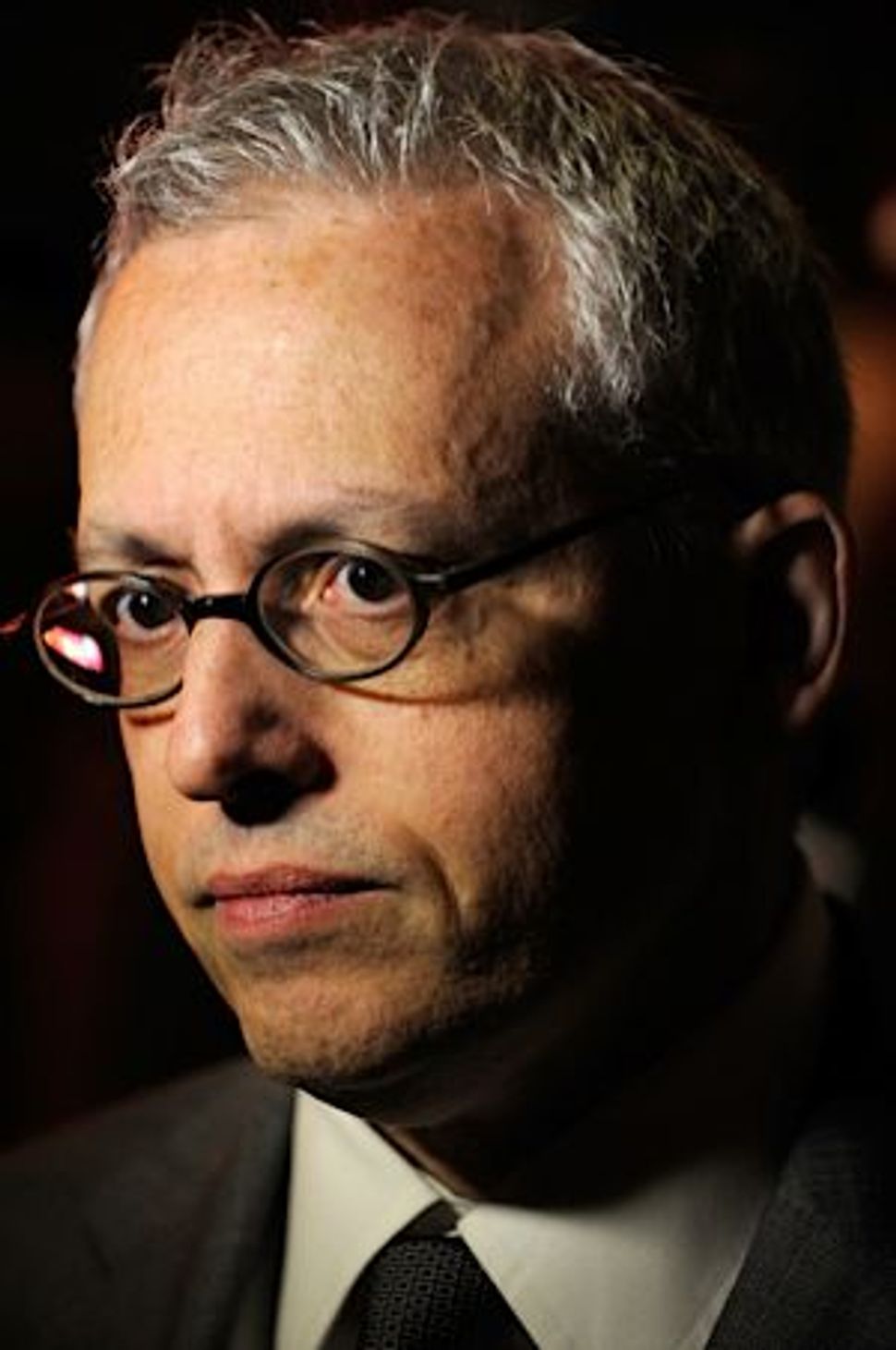 Despite a highly successful playwriting career, Donald Margulies has not had much luck with “The Model Apartment.” For convoluted reasons the 30-year-old play has not yet enjoyed a fully successful production in New York. Ironically, when Primary Stages produced the work in 1995, critics were enthusiastic and the play won an OBIE. But it folded quickly when the lead actor jumped ship. 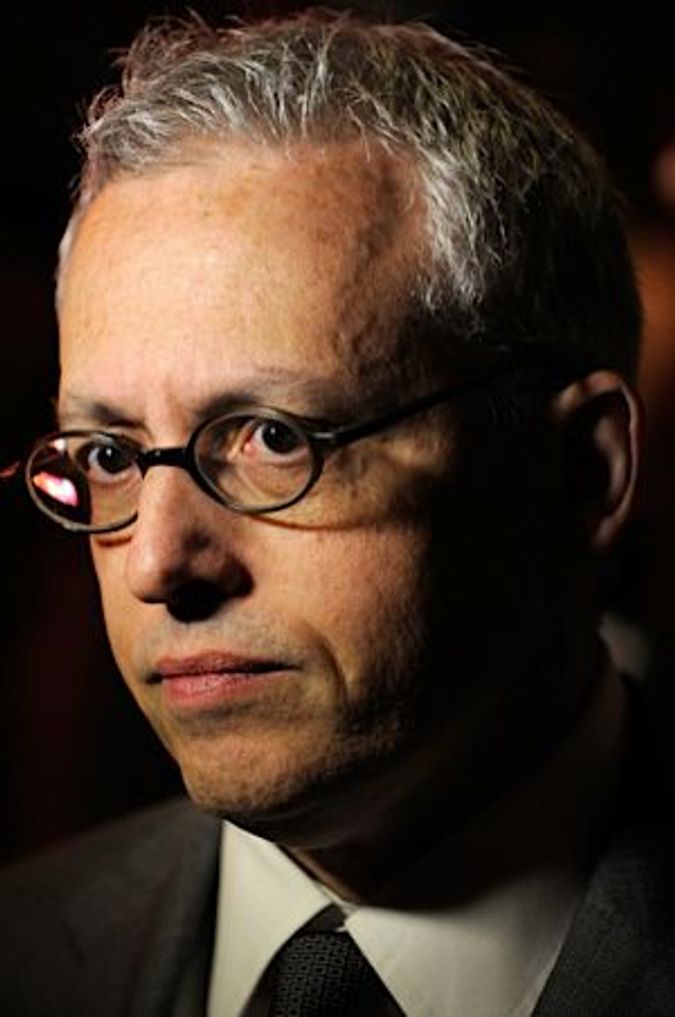 The play, opening October 15, is now being given a new lease on life. Primary Stages is reviving the dark comedy about aging Holocaust survivors, whose inability to deal with their own tortured history has shaped their grown daughter’s troubled life.

Margulies believes the zeitgeist is right for the play. Perhaps it’s taken three decades for audiences simply to “accept a post-modern take on the Holocaust,” he speculated during a phone interview from his New Haven home. “We’ve now had Quentin Tarantino’s ‘Inglorious Basterds’ and Art Spiegelman’s ‘Maus.’ This is ‘Oy Vey!’ humor. It’s irreverent. Previously, the play might have seemed untouchable.”

“This is not a sentimental play,” he continued. “It’s just the opposite. I’m demystifying the Holocaust by bringing the enormity of the event into a prosaic setting. Max and Lola are once again fleeing. But this time, they’re fleeing from their daughter. The challenge is to demystify without being disrespectful. I love all the characters.”

Set in the 1980s, the Holocaust couple (played by Mark Blum and Kathryn Grody) takes refuge in an ill-functioning but perfectly appointed model apartment in Florida. When their morbidly obese daughter and her African-American boyfriend (Diane Davis and Hubert Point-Du Jour) surface shortly thereafter, the already dysfunctional family spirals out of control. They all suffer from distorted memories that evoke nightmarish imagery.

In its surreal aspects “The Model Apartment” is a departure for Margulies, who is best known for realistic plays such as “Time Stands Still,” “Collected Stories,” and his Pulitzer Prize-winning “Dinner With Friends.” “I am asking the audience to suspend disbelief,” Margulies admitted.

Still, the timing is an issue. Most Holocaust survivors are deceased and those who remain no longer have children in their 30s. What resonance can the family dynamics depicted in this work have for contemporary audiences?

“Although it is set in the ‘80s, the play is about legacy and the relationship between parents and children,” Margulies explained. “It’s about the burden of being anyone’s child, though the fact that the parents are Holocaust survivors raises the stakes.”

The daughter, who may or may not be schizophrenic, is a particularly striking creation. There’s both comedy and great sadness in her mental state. Much of her life she has been juggling medications. Margulies says the nicest compliment he ever received was from a couple who saw the play and told him about their schizophrenic son. “They thanked me,” he recalled. “That’s generally the nicest compliment I can get: someone thanking me.”

Margulies stresses that with the exception of one play — “Brooklyn Boy,” which has regrettably become ghettoized in Jewish theaters — he is writing for mainstream audiences and does not agonize over confirming stereotypes about Jews. “It becomes a problem only if I’m uncomfortable,” he noted.

Nonetheless, he acknowledges the thin line between an archetype and stereotype. “I don’t want my characters to be stereotypes, but I want them to be recognizable,” he remarked. “In ‘The Model Apartment’ I recognize the characters, but I’ve never seen them on stage before.”

Defining himself as “culturally Jewish, but not observant,” Margulies recalled growing up in several Brooklyn based Jewish neighborhoods. “I had a bar mitzvah but we did not go to synagogue. Instead we regularly went to Broadway shows. The first play I saw was Herb Gardner’s ‘A Thousand Clowns.’ My father, who sold wallpaper at Pintchiks, loved musicals and every Sunday he’d play the recordings. And,” Margulies paused to emphasize, “He was straight.”

After earning his BFA in visual art from Purchase College, Margulies worked as a graphic designer for a number of years, while launching his writing career. “I had an itch to write drama,” he said. “I was always observant and fascinated by the way people speak and their particular vocabulary.”

Margulies was fortunate in meeting Jerry Stiller and Anne Meara in a writing workshop. They were immediately impressed with his talent and invited him to write material for them on HBO’s “Sneak Preview,” a movie program that the comics introduced. Within short order his play, “Peanut Found,” was produced at The Public Theater and Margulies was able to give up his graphic designer gig. For 33 years he has worked steadily as a writer, though he supplements his income teaching playwriting at Yale.

He is now writing a new play about a theatrical family living in Williamstown —“ my Chekhovian Pastoral,” he said — but his thoughts are centered on the upcoming production of “The Model Apartment,” hopeful that “people from all walks of life, not just Jews or elderly survivors are able to identify certain behaviors in a new way that illuminates some aspect of their relationships with their children.”

Pulitzer-Winning Playwright Gets Another Chance